Do The Big Bang Theory characters take a stand on Marvel vs DC?

Recently I half-listened to something on TV that asserted most comic fans "pick a side" between Marvel and DC and do not mix and match their fandom. I am not familiar enough with these universes to know which characters are in which.

Sheldon and the gang wear shirts with character logos on them, buy comic books and merch, and go to movies. I understand they don't restrict themselves to just comics; they are Star Wars and Star Trek fans as well, but are they fans of both Marvel and DC characters or have they picked a side?

Are they fans of both Marvel and DC characters?

In the S03E13, we see Sheldon agreeing with Raj's request after getting a pair of Hulk Hands signed by Stan Lee. There is also appearance of Stan Lee in S03E16, where he comes to a comic book store to give autograph on comic books. That's when they discuss about the comic book they want to get autograph on. And in one episode, Raj dresses up as Thor.

These are just a few examples of Marvel and there could be more I might have missed. However, the thing is we see DC characters having more appearance than Marvel ones.

Since the show is owned by Warner Brothers, who apparently also own DC comic, we see more DC merchandises and characters in that show. For example, Sheldon wears Flash tshirt many times, they do dress up as Justice League for new year eve costume contest, discussing about scientific accuracy of the dive by Superman to save a lady etc.

This can be a copyright issue to show a Marvel comic book since they don't own it, which is also a reason why we see a few Marvel characters. However, it's really never been stated in the show or by the crew that who are they fan of most.

We know that Dr. Sheldon Cooper is an ardent fan of the Flash (and Spock). If he chooses a DC superhero as one of his favorites, then it must have some logical explanation as evident from another answer. 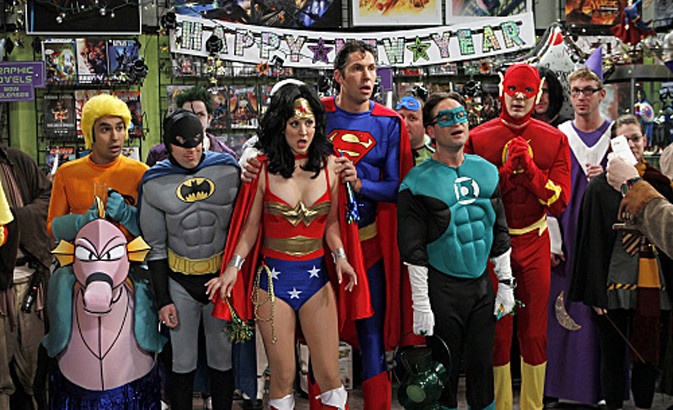 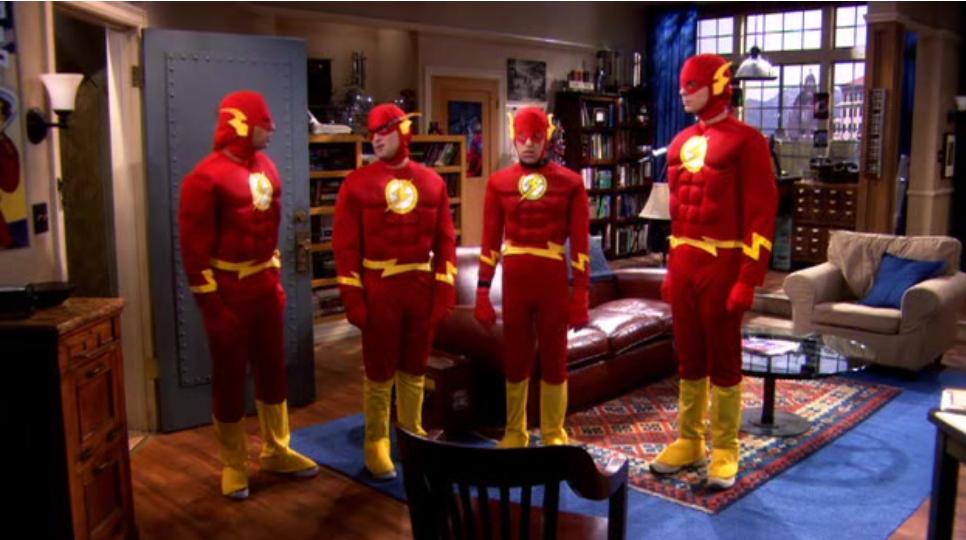 14
Why does Sheldon Cooper love The Flash?