Why so many writers for Land of the Lost? 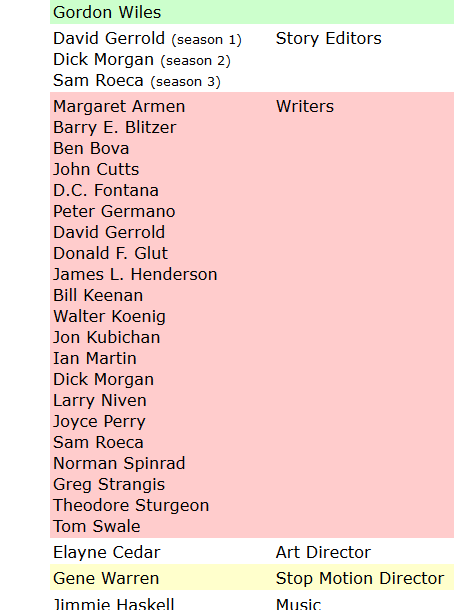 In fact, there were almost as many writers as all the other crew members combined. Is this normal? Why would the series have so many different writers?

It's likely that the writers were only responsible for writing perhaps a single episode or two...or perhaps just consulted on script/story re-writes. 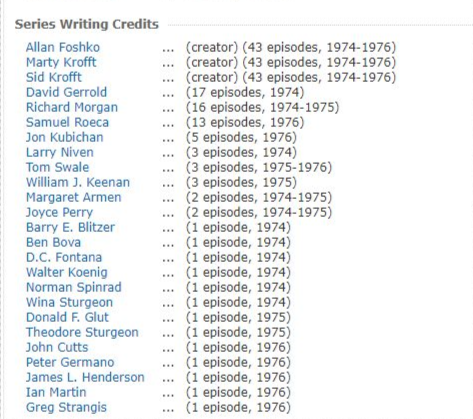 Individual writers would often pitch or be contracted for a single episode. If you are a SF reader you'll recognise many of the names on the list of contributors.

...the same was true of Star Trek-TOS

Recall that these episodes are usually written for a weekly broadcast and were pushed out at a remarkable rate and number. It just makes sense that you field the largest "team" possible.

Not the answer you're looking for? Browse other questions tagged science-fiction crew screenwriter .

2
Is the Marcus Aurelius quote in Black Sails a rewrite?
9
How much did Blade Runner influence the Reimagined Battlestar Galactica?
1
Why do movies think the moons in alien skies are really large?