Computers have been around for a long time but when did mainstream digital computers really begin to appear in TV shows or films? I believe this is inline and similar with this question.

The earliest film to prominently feature a consumer grade computer would be A Man, a Woman and a Bank (1979), starring Donald Sutherland. The computer used was a Commodore PET 2001. 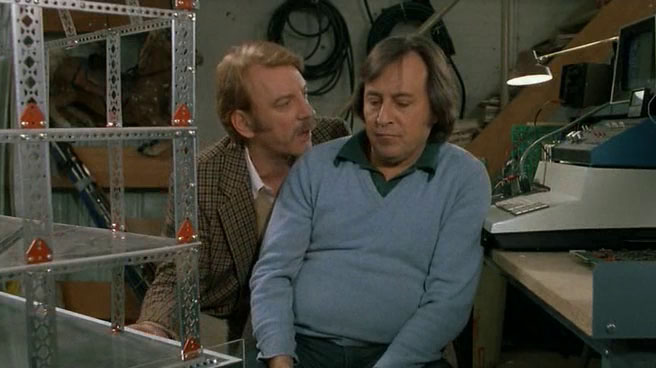 From IMDB synopsis: "Two novice thieves are plotting to rob a bank in Vancouver. A photographer snaps a shot of one thief as he is carrying the bank building's blueprints. The would-be thief then begins a relationship with the photographer and attempts to retrieve the photos. Meanwhile, the thieves' plot consists of this: one man will enter the bank building after dark, while the other man sits in a van and uses a computer to unlock the building's doors."

The first consumer grade computer used for a character's personal endeavors as opposed to the quasi-business use above was an Apple II in Evilspeak (1981).

Large mainframe computers began showing up in films as early as the mid 1950s.

Demon Seed (1977) also portrays a computer that resembles old desktop computer. I am not able to recognize but it resembles Commodore PET 2001 which was released in 1977 too. 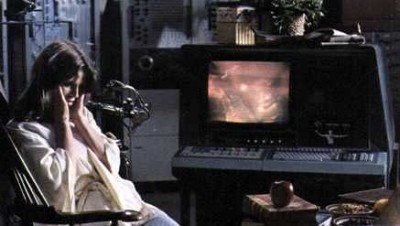 While by no means an actual personal computer, the first example of a contemporary home with a computer in a TV show was Whizzo on The Addams Family.

7
What was the first film or television show that used computer generated credits?

23
Where did the "calmly eating noodles when bad guys walk in" scene first appear?
8
What was the first realistic sex scene in a mainstream movie?
21
Was the Lord of the Rings trilogy the first film series to be shot concurrently?
1
Is Extant only the SECOND national primetime scripted TV-drama with a female African-American lead?
1
Was this scene the first to show the wand massager in a mainstream movie?
7
What was the first book that was split into two (or more) films?
7
When was "teal and orange" first used for night scenes?
7
What is the first television show with a trans male lead?
2
What is the oldest piece of visual media involving computerized dating services?