In MCU, despite Guardians of the Galaxy and Thor, why aren't aliens actively engaged with Earth society?

Despite Peter Quill being from Earth, despite Asgardians easily travelling to Earth, why is it that it's really only SHIELD that communicates with the aliens? In Guardians of the Galaxy, many different aliens gather together and with Peter Quill being from Earth, we know that the aliens made contact with Earth too. This would logically mean that space travel should be simple for humans too. If space travel is hard for some reason, at least communication with aliens should be pretty normal. But how come Earth is portrayed as an exclusively human society with almost no contact with aliens besides them attacking Earth?

Who said they didn't? We do know S.H.I.E.L.D. is working from a long time in secret and covering up the stuff from the rest of the world. Even in Agents of S.H.I.E.L.D. we got to know that they have a

Alien dead body with them 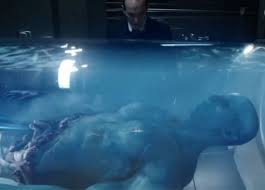 But I have not seen the show so can't give you much details about it. But as much I am familiar with that show, they do show how S.H.I.E.L.D. cover the tracks of this kind of stuff. So S.H.I.E.L.D. must be keeping humanity away from alien contact.

Also remember Asgardians are also kind of aliens and have been quite involved with Earth.

Despite Peter Quill being from Earth

Does it matter? Is it public knowledge that he is from Earth? He looks like any other Xandarian. And Ravengers only picked him up for Ego, they had no interest in Earth.

Overall in MCU Earth is shown as inferior to other planets and realms based on technology. And the only superior things are kept in secret like S.H.I.E.L.D. or Kamar-Taj.

But how come Earth is portrayed as an exclusively human society with almost no contact with aliens besides them attacking Earth?

Why would they come to Earth as long as they have no profit? Ego did came to Earth for his planning and chitauri for infinity stone etc. Consider yourself, would you go to a nation where you would not get a good job or go to a big nation where you have a better opportunity?

But I can bet in future this will change, Earth has multiple infinity stones now and they are getting technically advance day by day and S.H.I.E.L.D. is also out of closet now.

It's kind of similar to saying "Someone from Ohio moved to California to be an actor. So clearly they can talk to each other, so why aren't there tons of Californians in Ohio all the time?"

So what we know is this:

Some aliens know about Earth. The Asgardians have a long history here, forming the basis of a mythology. Ego visited it on his quest to create a son. There's something about Kree visiting that I can't remember from Agents of SHIELD.

Peter Quill is from Earth, and communicates with aliens. But we know why Peter is with Aliens: The Ravagers picked him up as a job for Ego, but kept and raised him instead. None of those aliens had any particular interest other than Ego's directing them to it.

The Chitari attacked Earth, but it wasn't out of interest from Thanos. It was out of Loki's interest in besting his brother on a planet they know, and where Thor had people he cared for. It was only after the attack was rebuked that Thanos took real interest.

So aside from a long relationship with the Asgardians (where we thought they were gods), the interactions with Earth have just be occasional, one-off incidents.

Maybe there's a Prime Directive style pact among the larger galactic civilization, to not interfere until Humans reach a high enough level.

Maybe because Midgard is one of the 9 Realms ruled by the Asgardians Odin protected it from interference.

Maybe there just never seemed to be anything of value there: Limited technology, limited resources, nothing to learn, not a threat. Maybe Earth is out of the way too.

I guess the answer in universe is we don't know, but it seems Earth is not a priority for most aliens aside from the Asgardians (who protect their realms), and the occasional wanderer like Ego who visited hundreds and hundreds of planets.

Out of universe, obviously, it's that we want the world to look like ours despite the crazy things happening elsewhere in the fictional universe.

With Agents of S.H.I.E.L.D, they introduced Kree which can be classified as aliens... With the Captain Marvel movie, Skrulls are going to be introduced and that might solve why "aliens" are under scrutiny since the events in the movie are "supposed" to occur in the 90s. Hopefully Infinity War is the movie that bridges the gap between interaction with the aliens and humans...