Why didn't Daenerys use the opportunity to attack this character?

It made total sense to me that Cersei wouldn't attack Daenerys during their meeting in Game of Thrones season 7. But why would Daenerys not use the opportunity? After all, the only reason that kept her from attacking the city and taking it via brute force, was the people. But here she wouldn't have harmed a single person in King's Landing. Yet she held a meeting with her enemy, who wouldn't have lasted a second if the Mother of Dragons had decided to burn down their tent?

Daenerys is trying, really hard, to not be a bloody dictator and leave a trail of bodies behind her like her ancestors did. While she wants the throne back, she doesn't want to be seen as a traitor or back-stabber, but rather as the rightful heir and friend to the people. Killing the queen at a meeting to talk about an armistice does not lead to good faith in the people.

DForck42 is correct, but also Daenerys fears the dead army and probably hopes she can get more Westerosi support for fighting it if Cersei willingly helps, rather than is murdered. If she killed Cersei, there is no guarantee what would happen with her resources or what's left of her army or the other houses in Westeros.

There is a certain broad respect for the "white flag" (parley), which allows feuding parties to have a negotiation during the war. 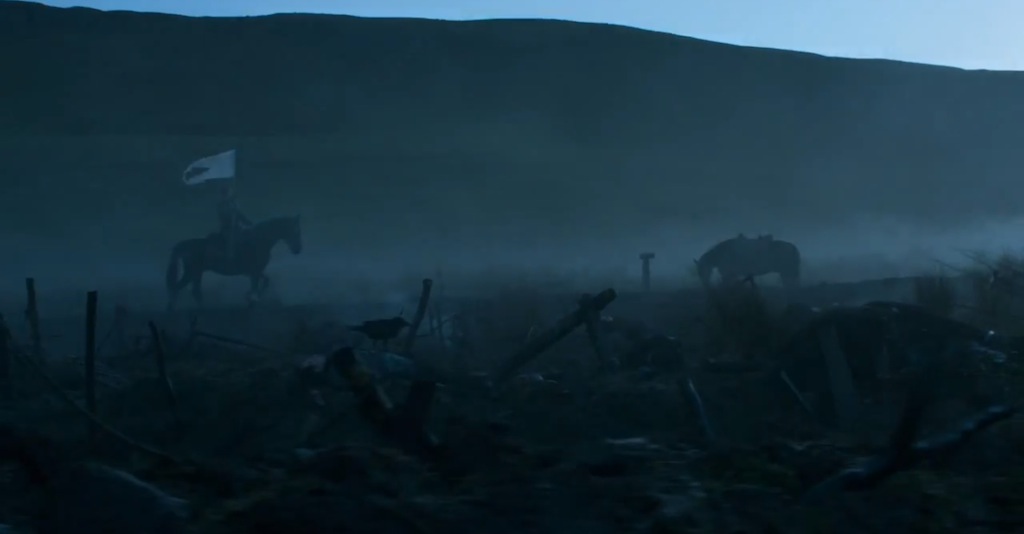 Even as vile characters as Cersei or Ramsay did respect this. Ramsay could have killed Sansa and Jon Snow when they met for negotiation, but even he didn't do it.

If this wasn't respected, there would be no possibility to have negotiations during the war.

So, this is generaly respected by all characters in GoT, and Danaerys has much more honor than Cersei or Ramsay.

22
How do the Unsullied prioritize their orders?
5
Thought process of Sons of the Harpy
33
Why did Sansa refuse to leave with Sandor Clegane (the Hound) during the Battle of Blackwater?
12
What are Cersei's intentions throughout this interaction?
10
Did Daenerys know how to hatch the dragon eggs?
19
Why didn't Cersei kill Dany, Tyrion and the rest of the others?
16
Why did Tyrion and others think King's Landing can't be taken without collateral damage?
18
Source of the Wildfire?
48
Why were the bells ignored in S8E5?