What is the significance of newspaper shot in Stranger Things S02E01?

In Stranger Things S02E01, we got a shot of a newspaper bundle: 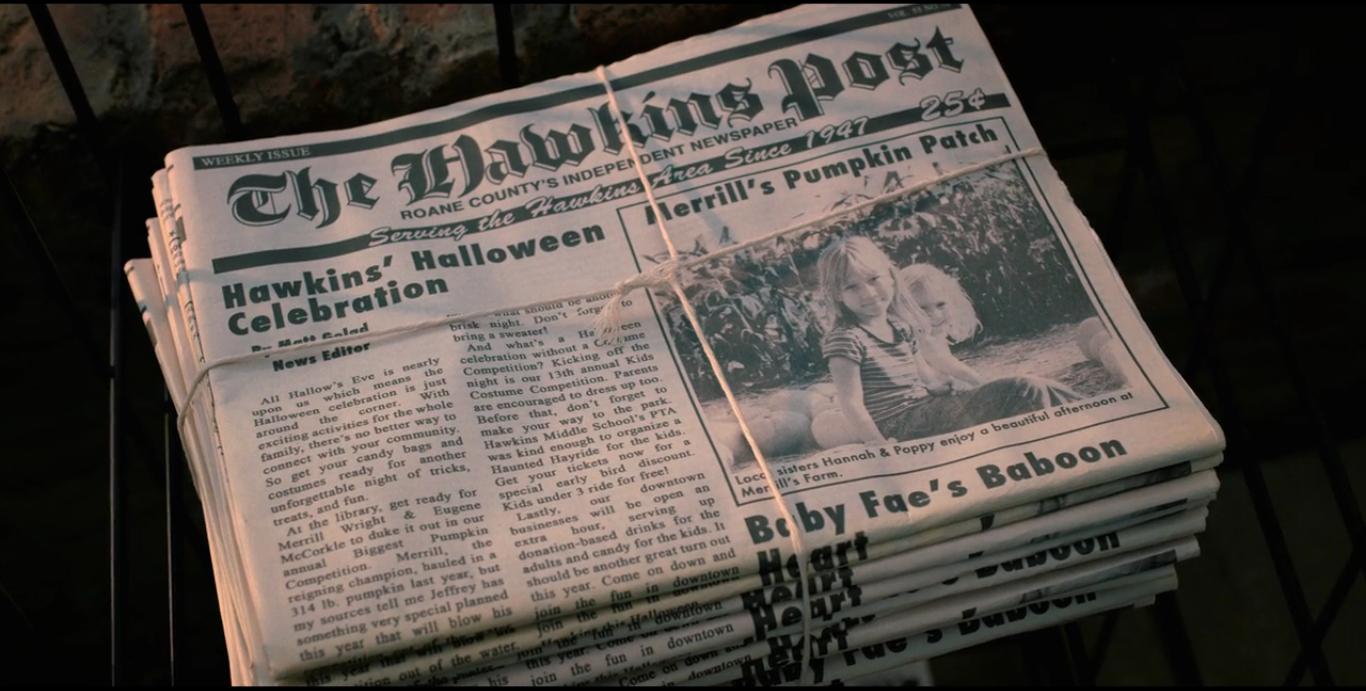 According to the newspaper image,

At the library, get ready for Merrill Wright and Eugene McCorkle to duke it out in our annual Biggest Pumpkin competition. Merrill, the reigning champion hauled in a 314 lb. pumpkin last year, but my sources tell me Jeffrey has something very special planned this year, that will blow his...

There is also a picture of two young girls in the farm of Merrill with a few pumpkins on the side.

After this scene, we see that Jim Hopper gets a call about Merrill's crop that, as Merrill suspects, Eugene has ruined to win the competition.

Merrill called, wants you to check out his pumpkins. Says they've been contaminated by his vengeful neighbor, Eugene. You are welcome.

When Hopper reaches at Merrill's farm, this conversation goes on.

Hopper: You're saying this was fine yesterday?

Merrill: Fine? These were prize winners, Chief. You should've seen'em. For the life of me, I couldn't figure out what happened. And then I remembered... Eugene.

Hopper: What about him?

Merrill: He's been complaining about me to just about anyone who'll listen.

Merrill: Well, he started this "Pick Your Pumpkin" thing. Acted like it was trademarked. I said, "Hire yourself a damn lawyer. See how far that gets you."

As it appears, Merrill and Eugene have some sort of fight.

So, this newspaper shot projects that they are big competitors (as depicted in the article on the left) and Merrill had a great crop of pumpkins on the day before his crop was ruined (as shown in that picture of girls in the farm and his conversation with Hopper), which he suspected Eugene did.

This newspaper shot helps setting up the further events in the episode, which are Merrill's crop was ruined and Eugene is a suspect, and for the viewers, it depicts that it is Halloween time.

Not the answer you're looking for? Browse other questions tagged analysis props stranger-things .