What is the point of this style of location titles? [closed]

I wish I knew the name of this style of title the best I can do is just show a picture from Mindhunter: 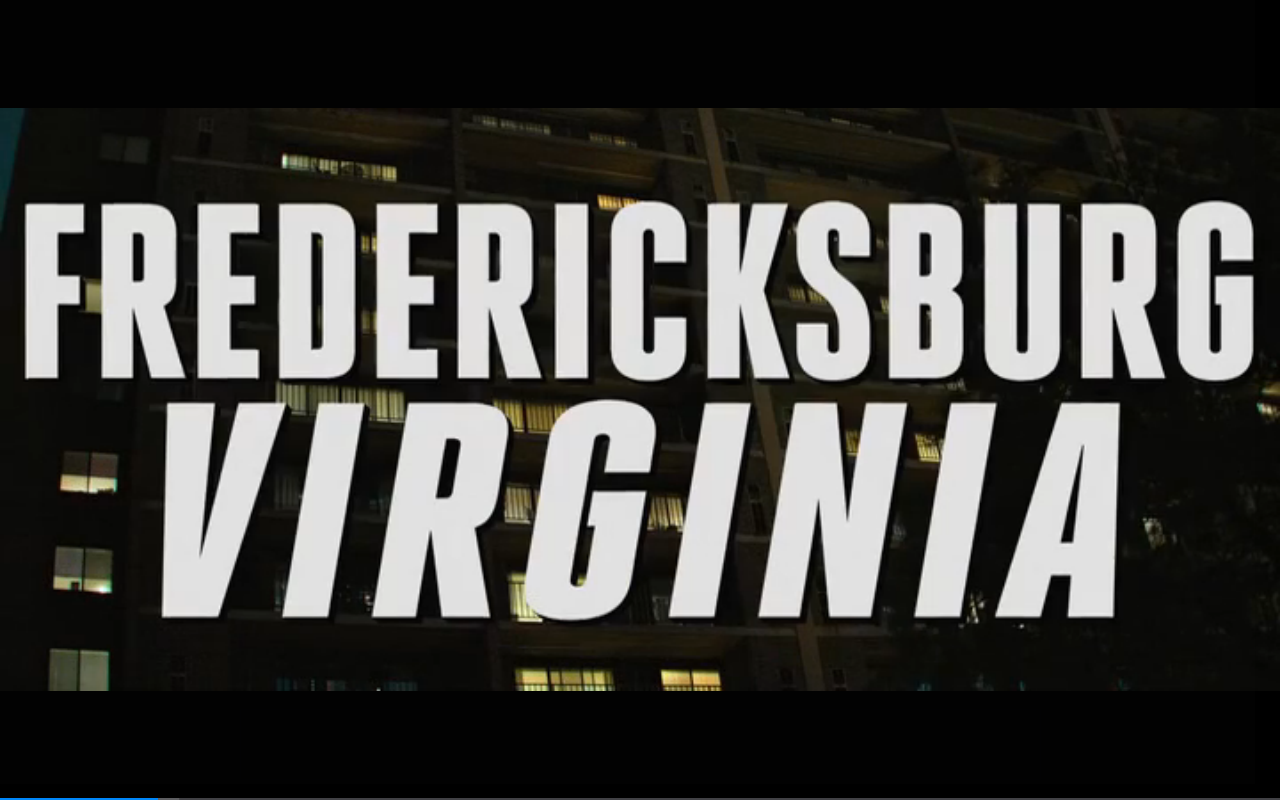 What is the purpose of using this bold style of location titles?

There's an indication that this is deliberate on the part of David Fincher being aware that the series may not be viewed on a standard television at all.

The "placenames" are deliberately large to grab the attention for viewers on mobile devices where small placenames might be overlooked or just plain unreadable.

“It’s why I get so anxious about marketing. The risk with our show is people seeing it as an entire season of conversations at stainless steel picnic tables. We have to catch people’s attention. If you miss that you’re just left with the historical perspective.”

Watching Mindhunter, what strikes you aside from how simply gripping it is is how it feels like a fractionally new artform — scenes as meticulous as anything in Fincher’s films rub up against touches that must have been tailored to viewing on a phone, place names announced in full screen capital letters (QUANTICO, VIRGINIA). If this is the future, it feels bracing. And Fincher seems braced too.

What is the purpose of using this bold style of place --- watermarking(?) in tv/movies?

The purpose, plain and simple, is to establish where the events you're about to see are taking place.

Some movies use establishing shots that show prominent landmarks, like the Eiffel Tower or some such, to tell the audience where they are. Others mention the city name in dialogue ("What are we doing here in Prague again?") Some movies don't even mention where they are, since it doesn't really matter to the plot.

And some movies - particularly IME ones from the last decade or so that do a lot of globe-trotting - like to just put it up on screen in text. Big or small, prominent or off in a corner, the purpose is the same. The details are just stylistic choice.

It's been done in subtitles for decades, but I think the rise in frequency of this particular style (big text filling the screen or even appearing to "float" in the sky and cast shadows or reflections) is mainly due to the ease of doing this with CGI. The TV show Fringe was the first and most notable source that I personally noticed doing this.

FYI: "Watermark" isn't really the right word. I'm not sure what the right word is mind you, but watermarks are usually designed to be invisible (or nearly invisible.) Their purpose is not to tell the audience anything, but to simply mark the product as belonging to a particular entity for legal purposes. It's a form of copyright protection, basically. For example, a lot of TV channels put a little watermark in the corner during broadcast. If a recording of a given program pops up on the internet with that watermark in the corner, the channel can use it to prove the show was recorded from their broadcast.

"Subtitles" might be applicable, although usually subtitles are not so intrusive. I guess that one's opinion-based.

22
What was with the giant location titles?

14
Kid's pictures in Clint Eastwood's True Crime (1999)
11
Would special effects for early movie patrons seem real?
31
First use of on-screen text messages, like in Sherlock and House of Cards
24
Sound of a next scene starts one moment earlier than video
10
What is this vehicle during the filming of the bus flip in Terminator Genisys
4
How was this opening title sequence from Atkinson's Maigret made?
32
What is the name of this effect used in Flags of Our Fathers?
2
What is the film technique for someone breaking into pieces?
2
What is the color palette/technique that has become so popular in TV shows?