Why does the Amazing Spider-Man not have the natural power to shoot web?

I have been watching Spider-Man movies from the start. The recent movie I watched was The Amazing-Spider Man.

But the difference I found in this movie and the last one was that, in this movie the Spider-Man did not have his natural power to generate and shoot web. Instead of it he creates a wrist gadget to shoot web.

I would like to know if there is some logic of the producers behind this.

First of all Spider-Man doesn't have Organic webs in its starting stage in comics. He got Organic web later in the Comics series.

In the Sam Raimi's trilogy of Spider-Man he does not follow the real Spider-Man comics story as it is and skipped the Artificial Web-shooters thing and even skipped the main characters like Gwen Stacy. So, you can say that it's the director's/writer's choice to choose which aspects they grasp from the original content or not.

When Peter Parker was bitten by a lethally irradiated spider, radioactive mutagenic enzymes in the spider's venom quickly caused numerous body-wide changes. Immediately after the bite, he was granted his original powers: primarily superhuman strength, reflexes, and balance; the ability to cling tenaciously to most surfaces; and a subconscious precognitive sense of danger, which he called a "spider-sense."

Spider-Man's web-shooters were perhaps his most distinguishing trait, after his costume. Peter had reasoned that a spider (even a human one) needed a web. Since the radioactive spider-bite did not initially grant him the power to spin webs, he had instead found a way to produce them artificially. The wrist-mounted devices fire an adhesive "webbing".

In the "Disassembled" storyline Parker undergoes a transformation that results in the ability to produce organic web fluid from his wrists, and is able to fire his webbing in much the same manner as his artificial web-shooters. According to the new 2007 Spider-Man handbook, Parker has grown spinnerets in his forearms that terminate in small pores at the junction of his wrists. By pressing down with his middle fingers to his palm, he causes the pores to open and the spinnerets to eject the organic fluid with a force equal to or greater than that of his web-shooters.

By the way Sam Raimi's Script is inspired of James Cameron scriptment, which took the idea of organic web-shooters for Stevens's Failed Script. Since 1985 there have been many scripts written for the Spider-Men. But James Cameron's Script got the most attention and become the basis of 2002's film.[source]

But the 2012's The Amazing Spider-Man follows the similar path to the comics and they choose the artificial web-shooter for their movie to establish Peter Parker as a genius scientist.

...one key spider-like attribute has historically not come naturally to Spider-Man: the ability to create webs.

Instead, Spider-Man comes equipped with what are known as web-shooters, artificial devices that allow him to spin a web, any size. 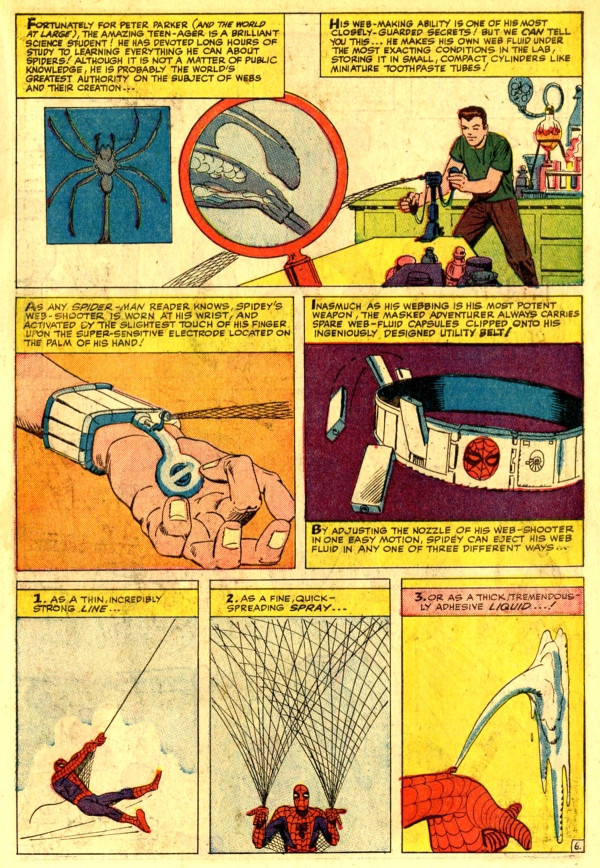 Spider-Man's web-shooters are fairly ingenious devices of his own invention; as a brilliant but socially isolated student with a particular talent for science, Peter Parker came up with them to complement his newly-acquired spider powers. 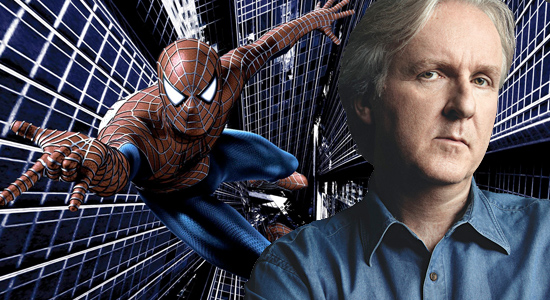 Some might remember that James Cameron was once attached to write/direct an adaptation of Spider-Man.

From the book 'The Futurist: The Life and Films of James Cameron'

Cameron had lobbied Carolco, the independent studio behind Terminator 2, to purchase the rights to the Spider-Man comics, which they did in 1990.

He wrote a Spider-Man scriptment for Carolco that was widely admired in Hollywood. The comic’s creator, Stan Lee, adored it and gave a Cameron-directed Spider-Man movie his hearty endorsement.

But Cameron made some thoughtful changes to the iconic character, starting with the Spider-Man’s wrist shooters. Lee’s comic called for Peter Parker to build them himself, but Cameron thought a biological explanation was more plausible.

Several elements of Cameron’s version made it into Sam Raimi’s take on the web-slinger. Specifically, the organic web-shooters.

‘The Amazing Spider-Man’: Why the Web-Shooters are back 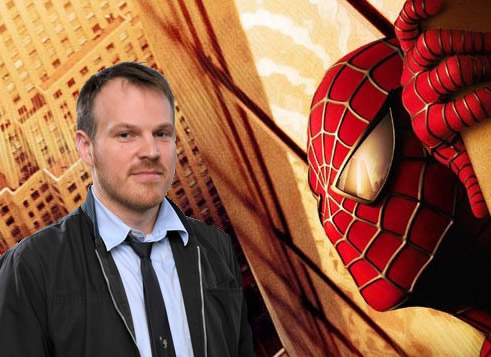 Director Marc Webb says that when he took on the reboot project he wanted to go his own path, which meant breaking from the Raimi movies in places where it made sense — and when it came to the webbing he sought out some very specialized counsel.

Not the answer you're looking for? Browse other questions tagged character production the-amazing-spider-man .

11
What is Spider-Man wearing on his hand?
11
What are the differences between the Spider-Man and Amazing Spider-Man universes?
3
When did Spider-Man get his mechanical web thrower?