Name of this movie that was filmed as a terrorist attack/civil war on an unknown city in the USA? [closed]

My parents watched a movie and I caught glimpses of it...they wont tell me the name of the movie, and it was on netflix...not anymore:

Points of detail not related to the plot:

The American army moves in: 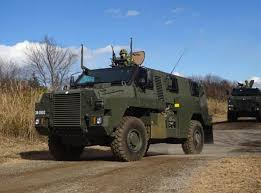 I do know for sure that the building the plane crashed into had in fact collapsed in a pile of rubble and huge grey dust cloud.

Yeah sorry guys, there isn't much I remember form the movie but I have described in as much detail as I remember about the movie.

I totally understand if there is going to be questions, but this is all I can provide and even more hope someone know what I am on about.

I think you mean Olympus Has Fallen from 2013. No 'murders' in the title, though (though there are 'attack' and 'assault' in some of the foreign titles for this film).

When the White House (Secret Service Code: "Olympus") is captured by a terrorist mastermind and the President is kidnapped, disgraced former Presidential Secret Service Agent Mike Banning finds himself trapped within the building. As our national security team scrambles to respond, they are forced to rely on Banning's inside knowledge to help retake the White House, save the President and avert an even bigger disaster.

You can see the exact plane crash that you described in the clip below around 2:30, but this indeed happens in a known city (Washington DC) and to a known building. A huge gray Lockheed is shot, clips the Washington Monument and crashes into the grass in the National Mall with its wing on fire while people run out of the way, followed by the Monument crumbling and collapsing: