If Salazar's mission in Pirates of the Caribbean: Dead Men Tell No Tales was only to eradicate the pirates, then why didn't he do anything when his ship's left side faced Jack's ship? That's so much cannons in that side.

I mean he got plenty cannons and plenty of advisors, his ship was more like a floating Spanish fortress, and the crew had high morale.

I mean he got plenty cannons...

Not at the rear he doesn't...it looks like he's only got 4 (maybe 6) and half of those probably couldn't be brought to bear on Jack's ship as they are facing the wrong side. 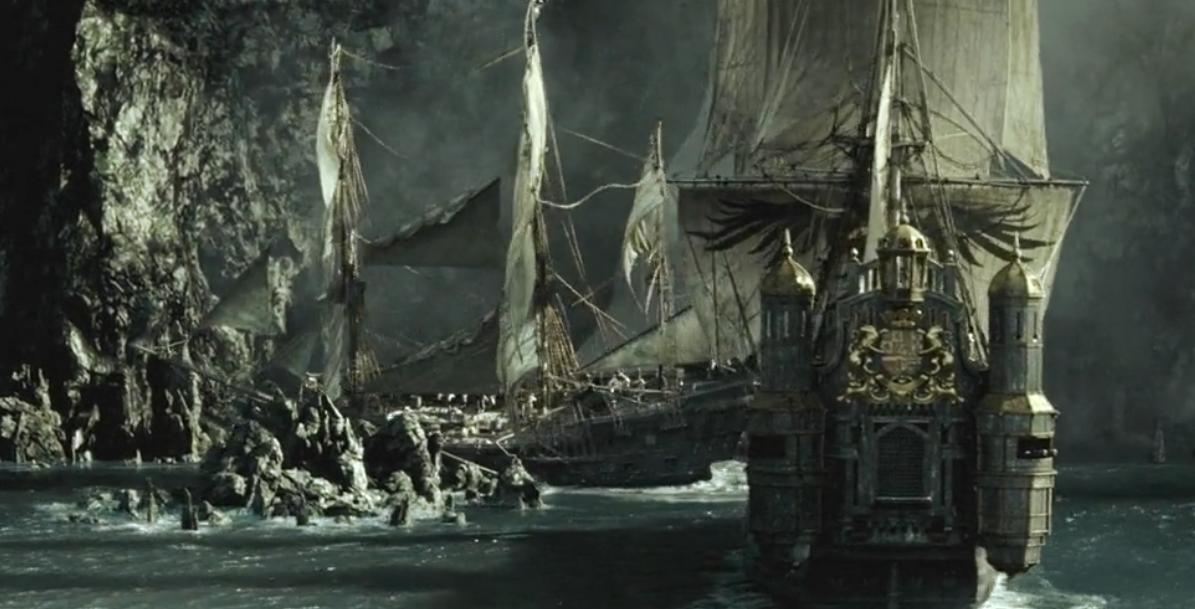 then why didn't he do anything...?

Well, the cannon that could be brought to bear can't hit Jack's ship because the rocky outcrop is in the way.

However, regardless of that, he doesn't have time to do that before he runs afoul of the rocks in the Devil's Triangle literally seconds later.

11
How is the Black Pearl caught up?
14
Where did Sparrow's compass really come from?
11
What is Jack Sparrow's real name?
14
How is Salazars curse linked with Sparrow's compass
19
Why do “dead men tell no tales”?
25
Is this pirate in the background a young Edward Teague?
12
Why did they call the ship of Davy Jones the Flying Dutchman if its story doesn't match the Dutch legend of the Flying Dutchman?
31
How does everyone know Jack's name as Jack Sparrow?
5
Can Barbossa be resurrected/saved?