In Blade Runner 2049, whose eye opened in the first shot?

The opening shot of Blade Runner 2049 shows an eye opening. The eyelashes and eyebrow are light-colored. I was searching for a person/replicant with that coloring throughout the rest of the movie but didn't find it.

Whose eye was that? 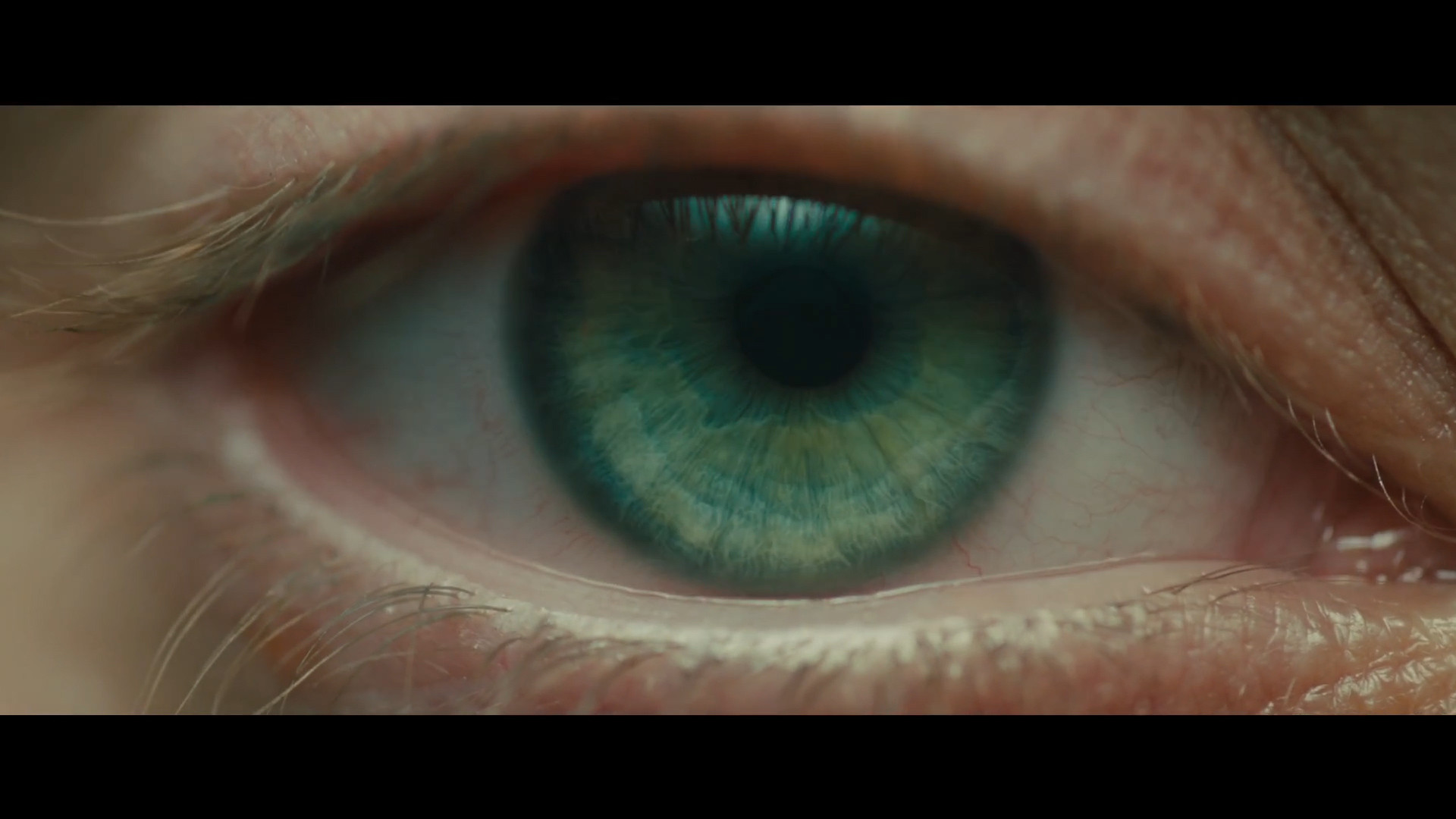 I can only assume it belongs to K, since he is the main character and has pale green eyes and dirty blonde hair (Mariette also has light green iris, but she's an unlikely candidate). Another thing that supports this theory is that when Deckard looks at Rachel, he says "her eyes were green", which as we know isn't true. Where did that "green eye" idea come from? Probably from looking into K's distinguishable eyes just prior.

Just so you know, the eye from the first movie belonged to Roy Batty. That further solidifies K as the likely candidate, as K has parallels to Roy. Like Roy, K was initially a merciless murderer, and later turned out to save Deckard from a near-death experience. Not to mention, the "tears in rain" theme played for both of their deaths.

I compared the shape of the eye to different members of the cast. As I was comparing photos, I realized lens focal length might throw off comparisons; the shape of an object can change depending on how close to the camera it is. I tried to take this into account as I searched.

Along with others, my initial assumption is that this eye belonged to Ryan Gosling (Officer K), but the shape of his eye didn't match at all. I ruled out anyone with overtly brown or blue eyes, since the iris appears to be green or green-blue. This didn't leave many other options.

Short of official confirmation on who the eye belongs to, I suspect it might be 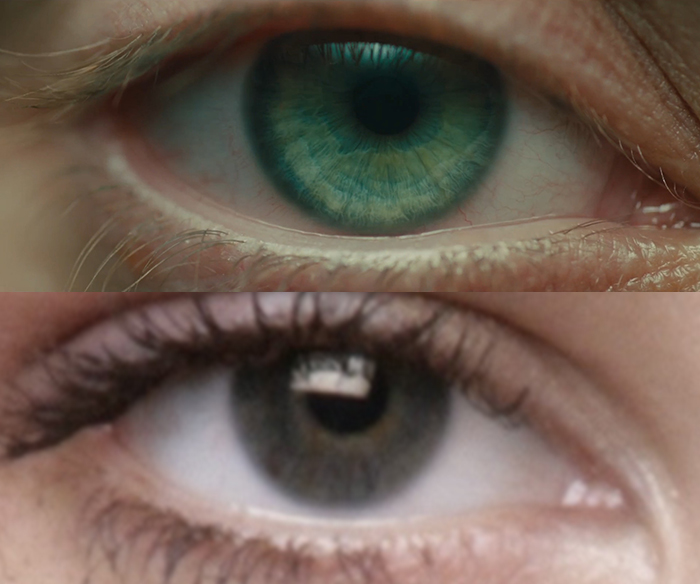 There are some difficulties in this identification:

That said, here are the points of overlap that could support this identification: 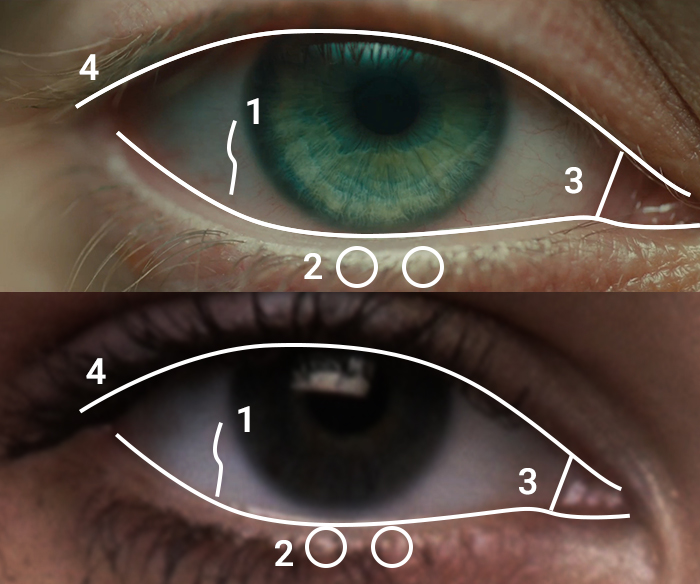 (I heightened the contrast in the photo of Carla Juri to make it easier to see the veins in the sclera.)

We don't know for sure

The screenplay doesn't specify who's eye it is, just that it's a green eye:

That's it, nothing else.

The number one contender could actually be Rachael's. In fact, the next striking piece of green that we see is a close-up of Rachel's eye, from footage of her old Voight-Kampff test:

A title on the record: VOIGHT-KAMPFF TEST NOVEMBER 2019
OFFICER RICK DECKARD / SUBJECT # N6RRP40619.
Up comes A EXTREME-CLOSE IMAGE OF...
AN EYE
LARGE. LOVELY. A rich green we so far haven’t seen in the
film. AN OLD VOIGHT-KAMPFF RECORDING. The eye BLINKS.
-Ibid.

Yes, yes, I know that in the original, Rachael's eyes were portrayed as brown, or at least not specifically changed from Sean Young's natural brown. But in the screenplay for 2049, her eyes are specifically shown to be green.

Look, I have no idea why they would choose Joi's eyes, except that they thought she was relevant and super important (as do I for that matter, but that's a different story). However, actress Ana De Armas, who played the role of Joi, has strikingly bright green eyes that almost perfectly match the eyes in question: 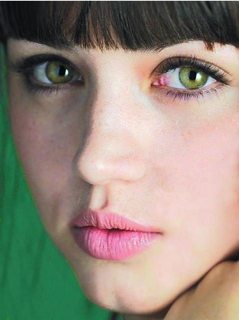 Perhaps it's from K.

Just as Scott began with a close-up of an quivering iris, so Villeneuve choses a nervously twitching eye as one of the first images we see. In each case the gaze is that of a synthesised replicant shortly to have a fateful encounter. In the original, it’s on-the-run Leon Kowalski, about to undergo the Voight-Kampff replicant identification test. In 2049, it’s Ryan Gosling’s artificial blade runner K, en route to a violent confrontation with an older generation "skin-job"