How can Hela hold or break Mjolnir?

We know that Thor's hammer can be held only by those who are worthy of it. In Thor: Ragnarok, we saw Hela break Thor's hammer. But how is Hela worthy of it? She has evil intentions and wants to destroy Asgard.

Not only did she hold it, she broke it into pieces, like it's nothing to her. How can she break it? Is there any explanation for this or references from the comics?

Those enchantments of only a worthy person for holding the hammer were only made in the first Thor movie when Thor was banished at Earth. There were no enchantments on it before that. 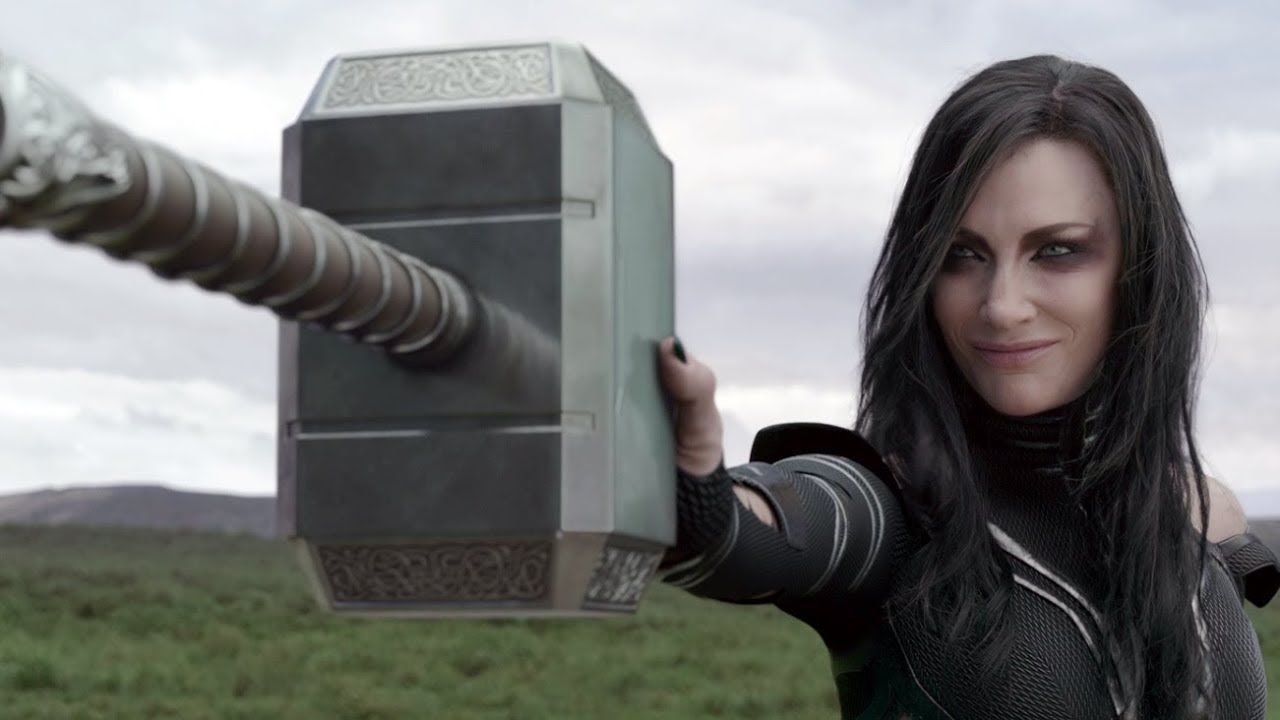 Hela's power was equal to Odin's before she was imprisoned. It was Odin's power that kept her away from the Asgard.

Given her past history, she is very powerful. Odin did banish her by imprisoning her, but when he became weak, he couldn't hold her.

Odin: Her violent appetites grew beyond my control. I couldn't stop her, so I imprisoned her. Locked her away. She draws her strength from Asgard, and once she gets there, her powers will be limitless.

Before this, he says,

Odin: It has already begun. She's coming. My life was all that held her back. But my time has come. I cannot keep her away any longer.

So, given the Odin cannot hold her due to weakness, all the enchantments he put on the hammer were also lifted after his death.

From our fellow SFF user's answer on Quora,

She was ignoring the worthiness enchantment, ignoring the hammer’s Uru-enhanced durability and with the addition of energy unique to her as a person channeling Asgard’s energy, she could destroy even the incredible Mjolnir.

We also saw her holding the hammer in the painting on the ceiling which gets revealed when she breaks all the things that covered it. So, it's possible that she is able to hold and break it with that enchantment gone.

But how is Hela worthy of it? She has evil intentions and wants to destroy Asgard.

Because when Odin died, the enchantment on the hammer no longer existed.

We first see Odin put the famous enchantment on Thor's hammer near the beginning of Thor..

At that time, Odin had striped Thor of all his power and imbued the hammer with it. From there, he added the enchantment to restrict Thor from being able to use it until he changed his ways of thinking and behaving (and, perhaps, anyone else that comes across the hammer.. but really it's Thor's hammer, so, Thor).

"Whosoever holds this hammer, if he be worthy, shall possess the power of Thor"

When Odin died though, his magic died along with him. This is, in fact, the very reason why Hela is able to return to Asgard. So, although they didn't make a point to show it, the enchantment did wear off with Odin's death.

We know that this enchantment lasted beyond Thor because it's referenced again during Avengers: Age of Ultron, when everyone takes turns trying to pick it up (with Captain America actually wiggling it). Also, there's that scene with Vision picking it up and everyone being both shocked and automatically trusting of him because of it.

At the same time, Hela is extremely powerful, and it's quite possible that she wouldn't have needed the enchantment off the hammer anyway, in order to stop/destroy it..

Lastly, it is confirmed that Hela held the hammer, instead of just stopping it. From the script, obtained from Walt Disney Studios Awards:

Thor winds up and HURLS Mjolnir at Hela...

-THUD- the mighty hammer comes to a cold stop, against Hela's hand.

Thor is shocked. He stretches out his hands, trying to call Mjolnir back to him.

The hammer trembles in Hela's hand, like a mini game of tug-o-war. But ultimately Hela keeps possession.

HELA: Darling, you have no idea what's possible.

This is also shown in the film, with Thor reaching out and there being a brief struggle before Hela shattering Mjolnir. 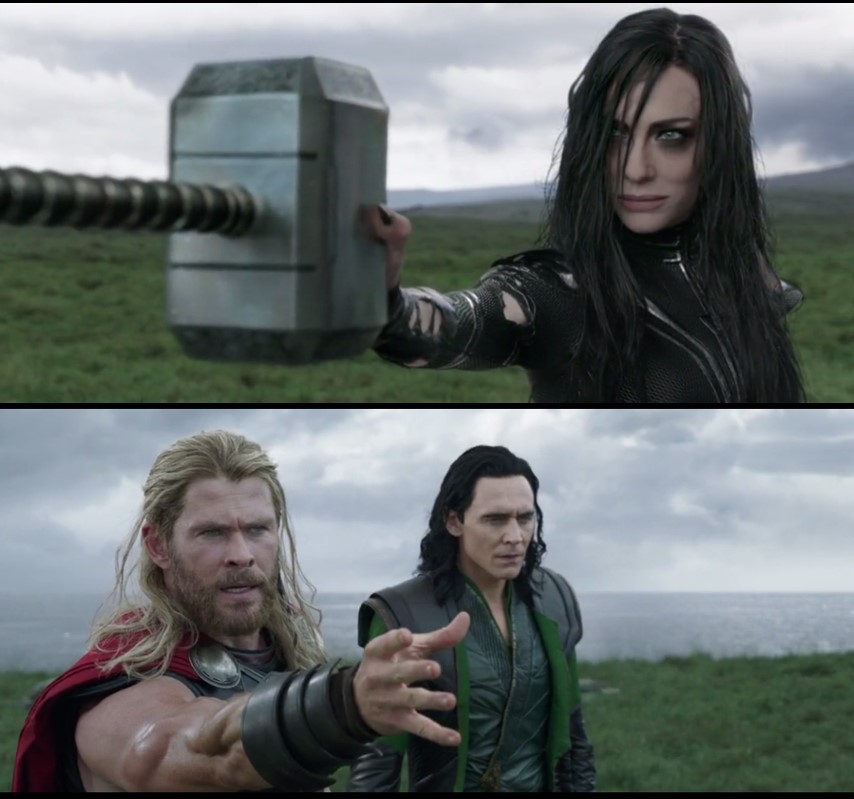 Top - After Thor throws Mjolnir, Hela catches it; Bottom - Thor tries to recall Moljnir but Hela is holding on and won't let go.

29
Is Odin inconsistent about the powers of Mjolnir?
9
Why doesn't Odin remove Hela's powers?
3
Was Mjolnir also Hela's weapon?

9
Does Thor lose certain powers without his hammer?
9
How can gods be affected by their own power?
7
Are there any hints that Hela is alive?
21
Why didn't Hela use Odin's spear to open the Bifrost?
31
How did Odin know about the Infinity Gauntlet?
13
How did Hela know that the Gauntlet was a fake?
21
How did Odin keep Hela away from Asgard?
2
Thor, God of Thunder, is easily imprisoned by Ebony Maw in Infinity War. Why is this?
4
Why did Hela and her power die with the destruction of Asgard?
3
Was Mjolnir also Hela's weapon?