Why are both Blade Runner films largely shot in darkness?

I watched both the Blade Runner movies today. A few significant things I come across were that 90% of both of the movies' scenes are night scenes.

Why did both the directors choose to direct so many dark and night scenes? And some part of Blade Runner 2049 is shot in orange forecolor, for displaying radiation. Why orange? Radiation has nothing directly to do with orange color, so why this choice?

I'm not going to suggest that mine is the best answer, but I will attempt to flesh my comments out...

the first film, Blade Runner, is based on the novel, Do Androids Dream of Electric Sheep? by the famous dark science-fiction writer Philip K. Dick. (Other well-known works include: Man in the High Castle, Minority Report, A Scanner Darkly)

One of the reasons Philip K Dick is so famous is because of his visionary approach to futuristic technology and how it effects culture and/or identity. His works often are darker, feature paranoia, and have psychological thriller leanings.

Some give Philip K. Dick a lot of credit on reinventing, contributing, and/or creating the genres for future noir, tech noir, and/or cyber punk, but there is probably a lot to be said for how Ridley Scott went about adapting the novel and bringing the genre to life cinematically. There is a book citing the process of making Blade Runner that gives Scott credit, titled: Future Noir: The Making of Blade Runner https://www.amazon.com/Future-Noir-Making-Blade-Runner/dp/0061053147

The term film noir, French for "black film" (literal) or "dark film" (closer meaning),1 first applied to Hollywood films by French critic Nino Frank in 1946, was unrecognized by most American film industry professionals of that era.2 Cinema historians and critics defined the category retrospectively. Before the notion was widely adopted in the 1970s, many of the classic films noir[a] were referred to as "melodramas". Whether film noir qualifies as a distinct genre is a matter of ongoing debate among scholars. https://en.wikipedia.org/wiki/Film_noir

The questions of what defines film noir, and what sort of category it is, provoke continuing debate.[3] "We'd be oversimplifying things in calling film noir oneiric, strange, erotic, ambivalent, and cruel […]"—this set of attributes constitutes the first of many attempts to define film noir made by French critics Raymond Borde and Étienne Chaumeton in their 1955 book Panorama du film noir américain 1941–1953 (A Panorama of American Film Noir), the original and seminal extended treatment of the subject.[4] They emphasize that not every film noir embodies all five attributes in equal measure—one might be more dreamlike; another, particularly brutal.[5] The authors' caveats and repeated efforts at alternative definition have been echoed in subsequent scholarship: in the more than five decades since, there have been innumerable further attempts at definition, yet in the words of cinema historian Mark Bould, film noir remains an "elusive phenomenon […] always just out of reach".[6] 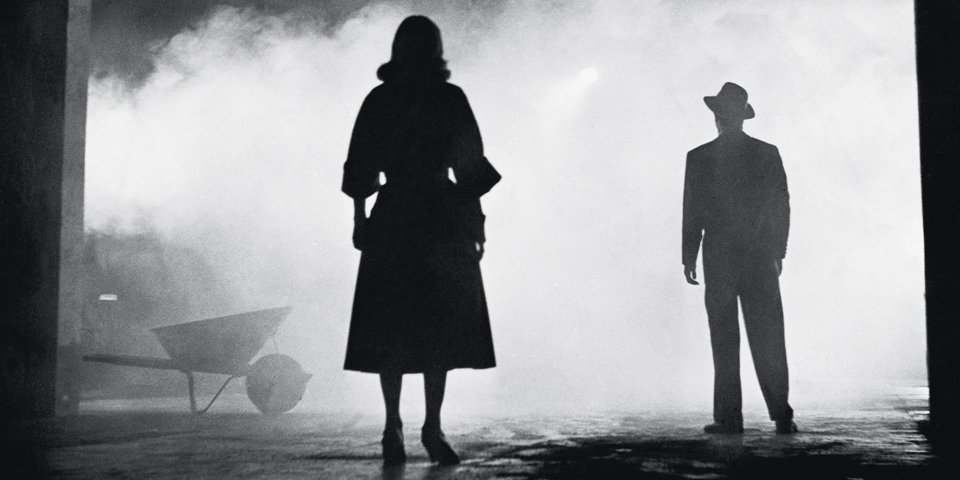 Now original Film Noir, which literally translates from French as "Dark Film", but also meaning "Black Film", were actually black and white films (The Big Combo, Casablanca) and/or used "German expressionism" techniques to create tones (suspense, mystery) and atmosphere (surrealism, Gothic romance). Film Noir tends to be part crime drama or espionage with [romantic] melodrama running through it. Granted there are on going debates on what specifically classifies the genre, let alone neo noirs, but as you can see from Wikipedia, the generalizations I mentioned seem to be at the heart of most of them.

So from here we may make a case that "futuristic" and/or tech-orientated Noir, would instead of using black and white would use black and color (vibrant and atmospheric).

The reason darkness might be considered an important element or motif either in any Noir or specifically the Blade Runner "franchise" is because:

A: The source material featured Night-Time and/or "dark" scenes.

B: Night Time (and Darkness) conveys things likes dreams, fantasies (stereotyping solicitous behavior), and the Unknown -- The Unknown is then a contrast to the known, but plays on fears of the unknown. Essentially one's consciousness is where information is stored/processed and thus it gives us memory-sensory information about ourselves, helping to establish the identities of ourselves, others, and/or the nature of our reality. That whole concept is HUGELY thematic to both the films and source material by proving or exploring a situation that what we "remember" may not always be true and/or true to ourselves.

C. The opposing contrast - Future Noir tends to use a lot of "vibrant", "electric", and/or "neon" aesthetic in it's contrast to the darkness and that not only provides a really wonderful cinematic look--but it gives a contrast to the more surreal elements of the darkness, as it is a metaphor for "life", "energy", and "having a pulse" and is asking, what the really means when a human can create life and memories and/or "transfer" those memories to hide it with in a conspiracy?? To simplify the electric contrast represents the science-fiction elements added onto to the original genre, which provides an opportunity to better philosophically explore identity or metaphysics. 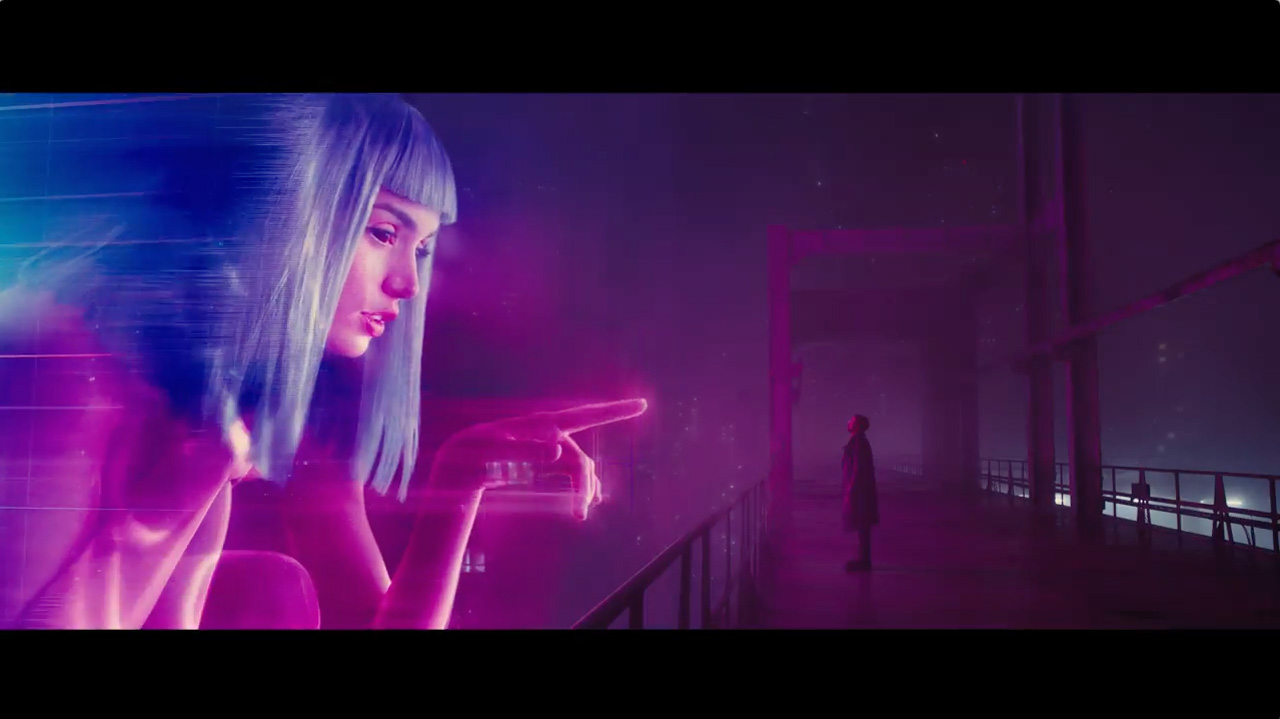 The first movie was cast in rain and darkness partly to follow plot but mostly to hide the back lot of the set, given their budget at the time. Source

Not the answer you're looking for? Browse other questions tagged cinematography blade-runner blade-runner-2049 .

2
Why is it always raining in Blade Runner universe (Los Angeles)?