What's the value of the John Wick gold coins?

As seen in both the first John Wick movie and the subsequent sequel, it seems these gold coins are used as some sort of currency for the underworld of hitmen and other nefarious figures.

That said, it's not made clear what the value of the coins are, or what services can exactly be bought with said coins. From what we've seen, the currency has been used quite a bit:

And many more scenarios, but is that really all the currency is used for? Could the currency be used outside of that underworld? And besides all that, the actual value of it seems quite odd. Cassian spends 1 gold coin paying for his and John's drink in Chapter 2, but it seems that the same amount can be used to gain access to specific hitman services, but it costs a whole lot more just to get a cleanup crew to dispose of the bodies.

You are overthinking this.

Our whole reason for the coin, for instance, comes from the cold war. Spies back in the day used gold coins. You could melt it, it was non-identifying, and everyone in the world accepts gold. We thought, ‘what’s an international currency? Gold coins? Done.’ Then we thought 'let’s put a special stamp on them.' Then you have the gold coin as part membership card and payment.

Look at Clint Eastwood in The Good, The Bad And The Ugly—there is so much back-story unsaid there. We’re big fans of leaving it to your imagination. We just give you some gold coins, and then it's, “Where do the gold coins come from?” We’ll get to that. Have your imagination do some work there.

Once could argue that the value is "one coin = one service" perhaps.

You have one body to dispose of? One coin...two bodies, two coins. 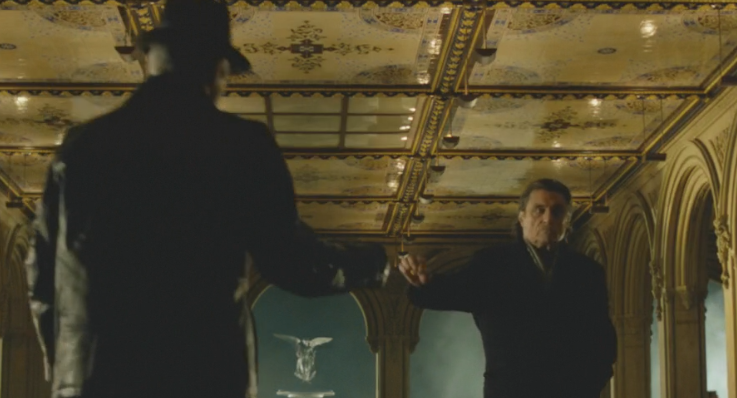 A stay at the Continental, one coin but there is no equivalency implied between any of these transactions.

Could the currency be used outside of that realm?

The realm is the entire John Wick universe and it's not the one we're living, any more than the MCU is. It's entirely separate from our universe.

Are there commonalities? Sure but we don't live in the Wick universe so the same economics don't apply.

Also worth mentioning that when the contract is set on Wick's life, it's in dollars, suggesting that the coins aren't the only currency used by the underworld. If you don't get paid in gold coin for hits, then their value matters a lot less. As the quote at the top says; they are "part membership card, part currency".

It seems that the "Gold Coin" economy is distinct and separate from the real economy...but since in the "Gold" economy one could potentially get anything for a coin...its value cannot be estimated..or underestimated either.

Well I could be wrong but it does say use your imagination.. and I believe that the coins are worth depending on the person giving it.. so since Winston is the manager of the Continental then his coins are worth a bit more than I'm guessing a lower ranked Hitman an other example John wick is considered to be a legend or a high ranking Hitman so his coins are worth more than say any other Hitman and so on. Idk that's just my opinion.

Javier MolinaJavier Molina
1
Add a comment  |
-3
Want to improve this post? Provide detailed answers to this question, including citations and an explanation of why your answer is correct. Answers without enough detail may be edited or deleted.

1 coin can buy a stay in a hotel so I guess a lot.

Really depends on the weight of the coin, its purity, and the value of gold on a given day.

In terms of overpaying, there is a tradition that it is gauche for wealthier people in particular to ask for change--allowing the servant or shopkeeper to keep the change is a gesture of largesse.

Not the answer you're looking for? Browse other questions tagged john-wick john-wick-chapter-2 .

14
What are the coins John Wick is using?
9
Do I need to watch the first John Wick to understand John Wick 2?
11
John Wick asking for laundry
6
How many people has John Wick killed?
4
Is Jason Isaacs in John Wick?
0
The Bowery King's Status in John Wick
3
Has John Wick ever killed a civillian?
3
What is the translation of the exchange between John Wick and Ares?