I saw this movie a long time ago. The action takes places in a small town as far as I can remember. The people there get "infested" with some sort of parasite and they start losing their teeth. I only remember a particular scene where the lead character is in the bathroom in front of the mirror and he takes some pliers and pulls out a tooth so that the other people would not suspect he's not actually "infested". I think those "parasites" were of alien nature.

It probably appeared in late 80s or 90s. 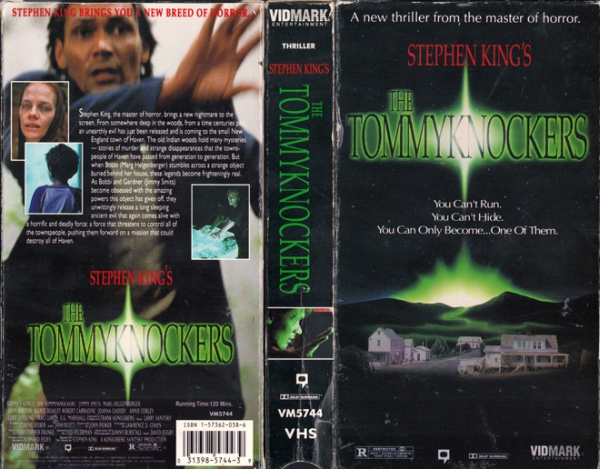 But instead of Wikipedia I'll quote The 34th Dimension:

It’s been a long time since I’ve seen The Tommyknockers, but from what I remember the plot goes like this: blah blah blah, midwestern American town, blah blah blah, alien things show up, blah blah, A GUY PULLS OUT HIS OWN FUCKING TEETH.

If I gave you a better explanation than that I’d pretty much be copy/pasting the IMDB or Wikipedia entry. But, c’mon. He pulls out his own goddamn teeth. With pliers. And then shows them to his wife. C’moooooon. Did I mention it has aliens?

Is it Cabin Fever 2:Spring Fever

In Cabin fever 2 virus spread through drinking water and infected people looses their teeths. During one sex scene the lady looses her teeths and boy got shocked.

22
How do they show a tooth-less mouth?