How do they cost effectively film the scenes where James Franco plays 2 roles?

In The Deuce James Franco plays both Vincent and Frank Martino. Sometimes this requires both brothers to be in the same scene. Usually in these cases only one of the brothers is actually in the shot, or one is turned away or something similarly subtle to make it so that you can't actually see both faces at once. However there are several scenes where you can clearly see Franko's face on both Brothers and talking, ie: 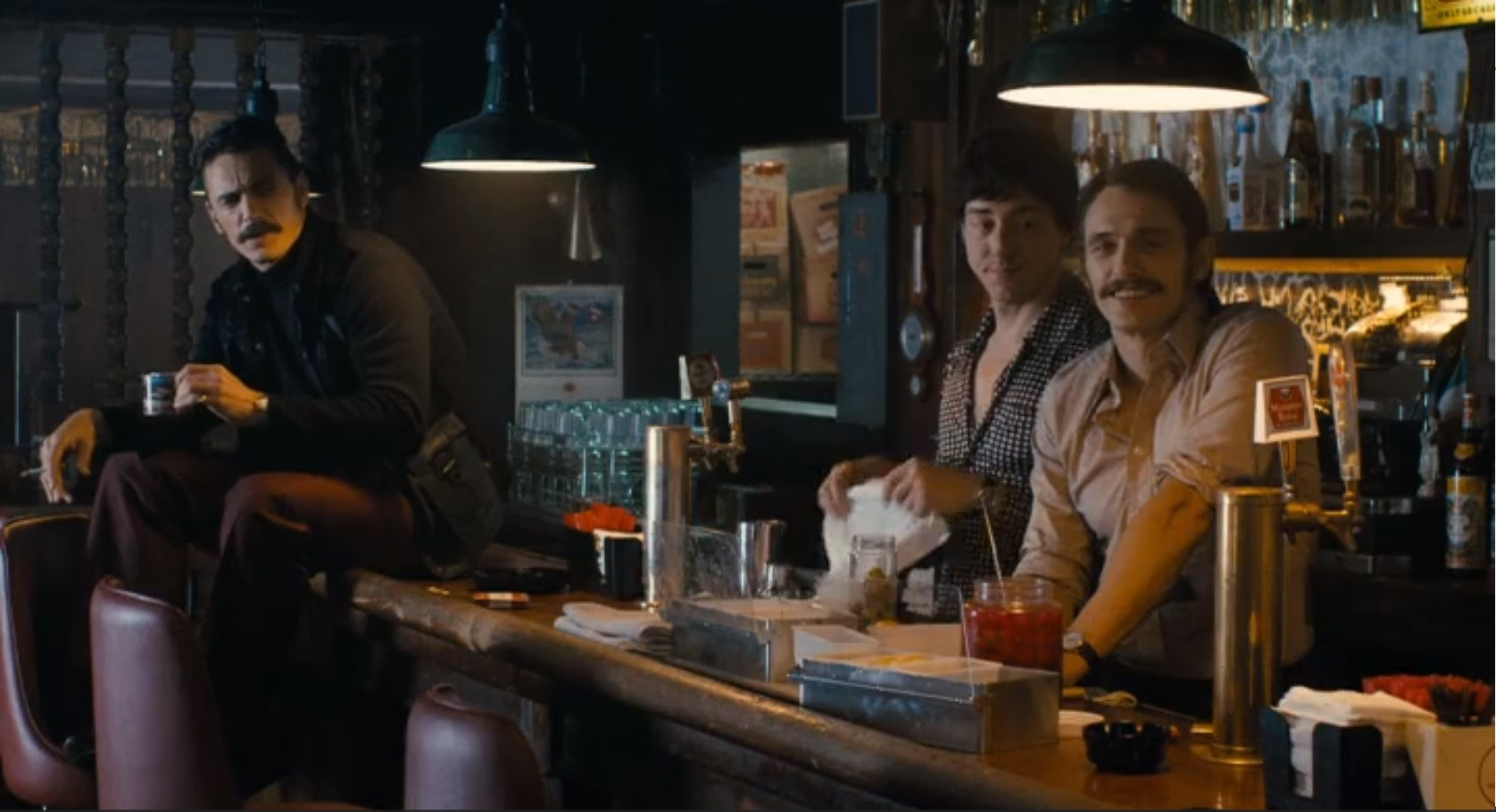 Now I know this isn't hard at all with CGI. However, given that The Deuce has otherwise no CGI (at least as far as I know) I would think having CGI work done just for Franko's face's would be inefficiently expensive.

Are there some other clever tricks being employed in scenes where you can see both brothers faces besides CGI?

Filming a scene with both Vincent and Frankie in the frame is difficult enough. Those scenes would typically start with Franco as Vincent. The hair and makeup on the twins are subtly different but distinctive enough to necessitate a break for the switch. Production would run through the scene with Franco doing Vincent opposite a double playing Frankie.

Franco, a fan of improvising, would have his brain working overtime during those scenes, thinking ahead to his Frankie time. “Normally, when I’m working with Seth Rogen and we improvise, you just improvise,” Franco said. “You throw out the line, but I wasn’t playing Frankie at that moment. In order to make the space in the performance so that I could respond as Vincent, I would have to then tell Will [his double] to try this line. It was weird.”

Once the production felt satisfied with the Vincent side, Franco would head to the makeup chair to become Frankie, and his double would change clothes. It’s usually during this downtime when the crew would capture plates — or empty frames, free of actors, that replicate the camera movements for visual effects to build off of in post. Once everyone was out of makeup, they’d redo the scene incorporating the improv they liked from the Vincent takes.

From there, it’s just a matter of some VFX wizardry in post-production, combining the two Franco takes the showrunners like best. The effect, historically achieved through a split screen, might be one of the oldest in visual storytelling, but it still has the ability to feel like magic.

He also directed two of the show's episodes!

“They thought it was impossible, not only to direct yourself as an actor, but to direct yourself as twins,” Franco said over the phone weeks after our visit. “It’s insane. But when you saw me, I was at the height of my multitasking. I sort of felt like this was things going the normal course, like, ‘Of course, I’ll direct myself as twins.’ Now that I look back, I do think it was pretty crazy.”

Not the answer you're looking for? Browse other questions tagged film-techniques production effects the-deuce .

18
How are dual-role films shot?
8
How do they shoot Dual-Roles where camera is moving or both characters interact?
8
What techniques are used to film the twins in Quantico?