What are the two separate types of boosters on Jack's ship in Oblivion?

Wonder what's the thought behind having one type of booster for earth and one for space, since they both seem to be reaction engines. 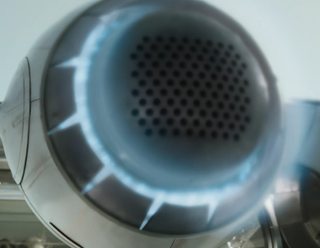 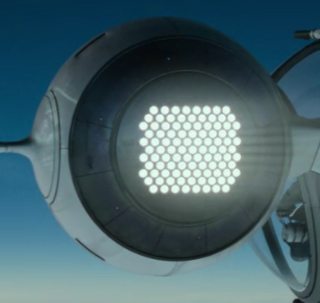 From what little we know it seems that the primary engines are air-breathing in that air is taken in much like a jet engine.

We don't see any fuel being used (nor does there seem to be any place for this to be stored) so, presumably, it's an advanced [insert tech-babble] engine.

The basic principle is still that it requires air to be taken in and blown out for thrust. Hence the air intakes on the "front" of the engines. 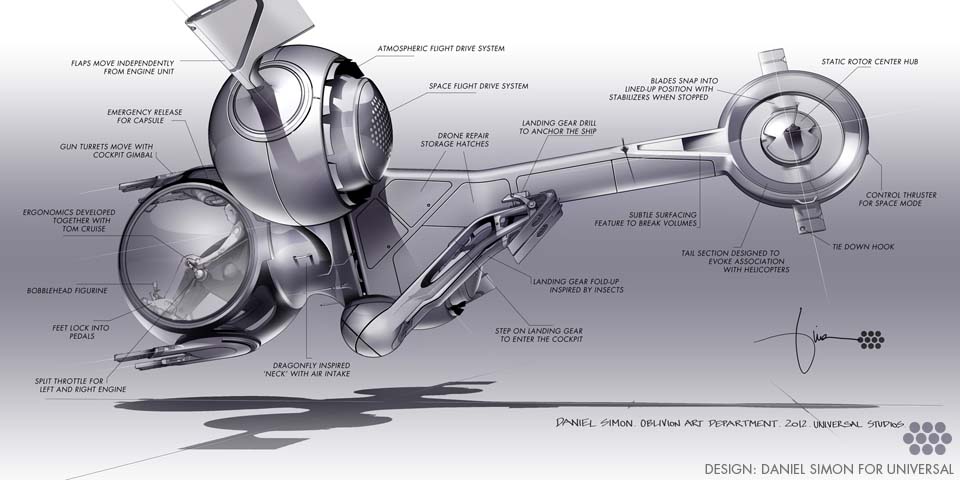 As for the "secondary" engines for spaceflight, again we don't know the precise mechanism or science but since the upper atmosphere / space has little or no air, a secondary propulsion is required.

Presumably, again in the absence of other information, the "secondary" engines are less powerful in atmosphere but sufficient for upper atmosphere / orbital manoeuvring.

6
Who woke up the astronauts in Oblivion?
17
Where are the real aliens in Oblivion?
26
Why was the wormhole in Interstellar placed near Saturn?
4
Why did Doomsday fall back to earth but Superman didn't?
4
Is mankind still doomed at the end of “Oblivion”?
3
What are the differences between two climax of Solo?
4
What was the connection between these two characters?
3
Why the difference between Wall-E's and EVE's looks and technological standards?
2
Why are children laughing heard at the very end of Veronica Mars Season 2 Episode 17?