Who are the two stars in Avengers who support superheroes?

I am not much familiar with superhero-type movies, so please let me know if I am wrong somewhere.

The last time I watched The Avengers, I thought that all the team members were supposed to be superheroes. I have seen Iron Man, Captain America, Hulk and Thor in action before, but there was a girl and a guy who supported these superheroes during the mission in Avengers. The guy was an archer and the girl was also a shooter. I have not seen any of their movies featuring them as a superhero before.

Also, is there any other movie of them?

The 2 heroes you are referring to are Black Widow and Hawkeye, played by Scarlett Johansson and Jeremy Renner. There is talk about their own movies but no official releases. Marvel is focusing on the Avengers storyline first. It will probably depend on the box offices ... 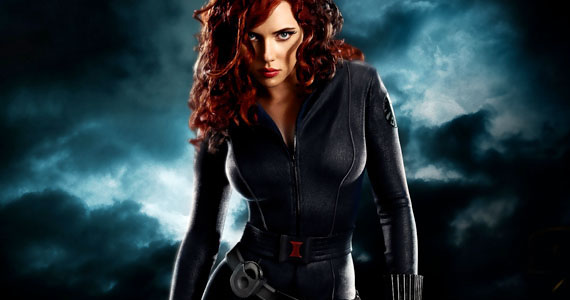 You should have seen her in Iron Man 2 (part of the S.H.I.E.L.D. storyline). She is Natalia Romanova, an elite Russian spy, biologically enhanced by the Russians. This has enhanced her normal human skills to the limits of what's humanly possible, giving her a.o. extreme agility. She has also received intense training in martial arts and espionage.

She features in the Marvel comic book series first as the Russian counterpart of Iron Man but later defects to join the USA and the Avengers. 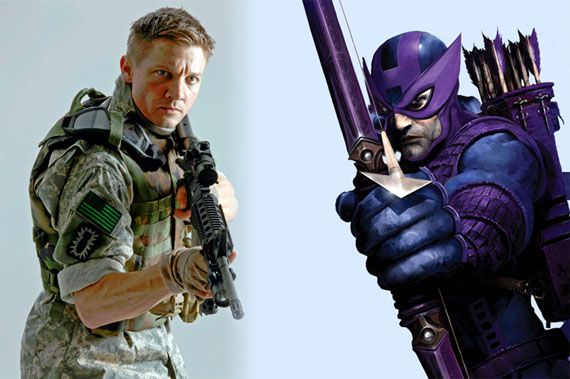 Clint Barton grew up in a carnival where he learned and perfected his archery skill. He was recruited by Black Widow but later also joins the Avengers (all in the Marvel comic book series).

No solo movies as of yet but he did make a cameo appearance in Thor and Renner is the lead character in the latest Bourne movie, so if you want to see him in action on his own...

First make the concept clear about Hawkeye and Black Widow. They are superhero and superheroine respectively in the original comics. Wikipedia clearly states that

Hawkeye (also known as Goliath and Ronin, and as his alter ego Clint Barton) is a fictional character and comic book superhero who appears in publications by Marvel Comics

Black Widow is the name of several fictional superheroines appearing in comic books published by Marvel Comics. Most of these versions exist in Marvel's main shared universe, known as the Marvel Universe.

So we cant say there were just supporters. They are the parts of the avengers team and they got the chance with their own qualities.

To speak about their movies, as a character, there are no solo movies of Black Widow or Hawkeye. But they will play along the avengers series for now. Although Black Widow has appeared in Iron Man 2 and Avengers, played by Scarlett Johnson. Hawkeye role was played by Jeremy Renner in Avengers and Thor. However if fortune allows they can get their solo movies.

As actor and actress, both Jeremy Renner and Scarlett Johansson has played roles in different movies.

Not the answer you're looking for? Browse other questions tagged character marvel-cinematic-universe the-avengers .

6
Which related films do I need to watch before watching Avengers Assemble?
4
How do Stan Lee's random appearances work in the Marvel Cinematic Universe?
13
Where was the Hulk during the events of Iron Man 3?
14
How are the face-in-suit segments of Iron Man filmed?
10
In Iron Man 3, who is the Mandarin's Boss?
2
Why did the Green Lanterns reject Guy Gardner in the selection process of Justice League?
45
Why do the Avengers have bad radio discipline?
0
Why do the other 3 members of the Defenders have such a hard time believing in dragons?
4
What is the significance in Hawkeye and Widow for the team?
22
Why was Endgame Thanos so different than Infinity War Thanos?