Who are the people in the opening sequence of Mr Robot episode 1 season 1?

When the series starts, in the first scene, we see a group of people in the shadows discussing, as Elliot is narrating about the top 1% of the top 1%. In those people, I can only identify Tyrell Wellick.

Has anyone else from that scene been visualised as a character in the first two seasons? Is there a plan for them?

There’s a powerful group of people out there that are secretly running the world. I’m talking about the guys no one knows about, the guys that are invisible. The top 1% of the top 1%, the guys that play God without permission. And now I think they’re following me. 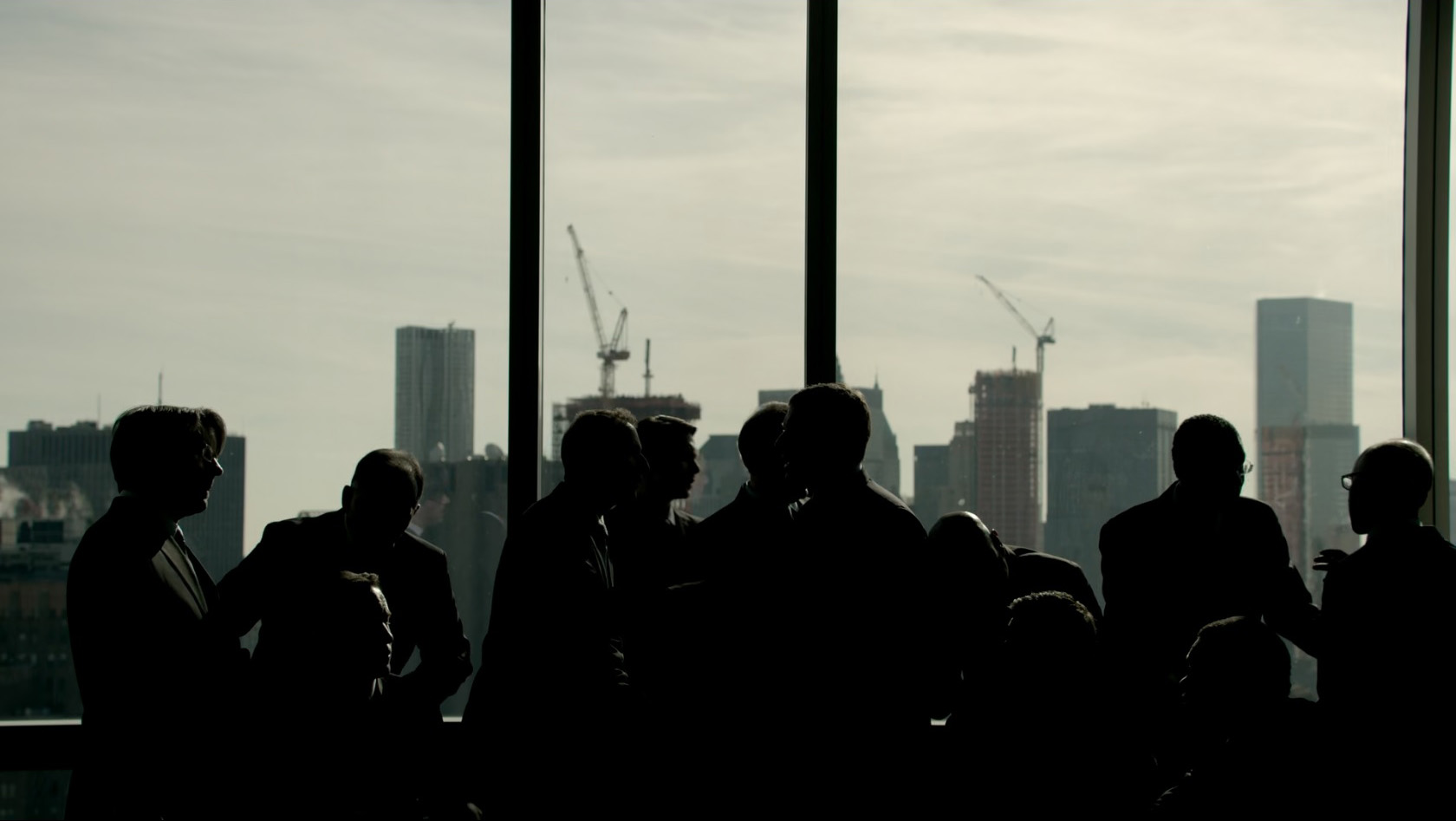 This scene at the beginning of the first episode of Mr. Robot, 'eps1.0_hellofriend.mov', is continued at the very end, and the start of the second episode: it is the group of men awaiting the arrival of Elliot Alderson (the man on the far left strangely seems to be missing in the later scenes, though).

We have a clearer picture of them at the start of episode 2, however: 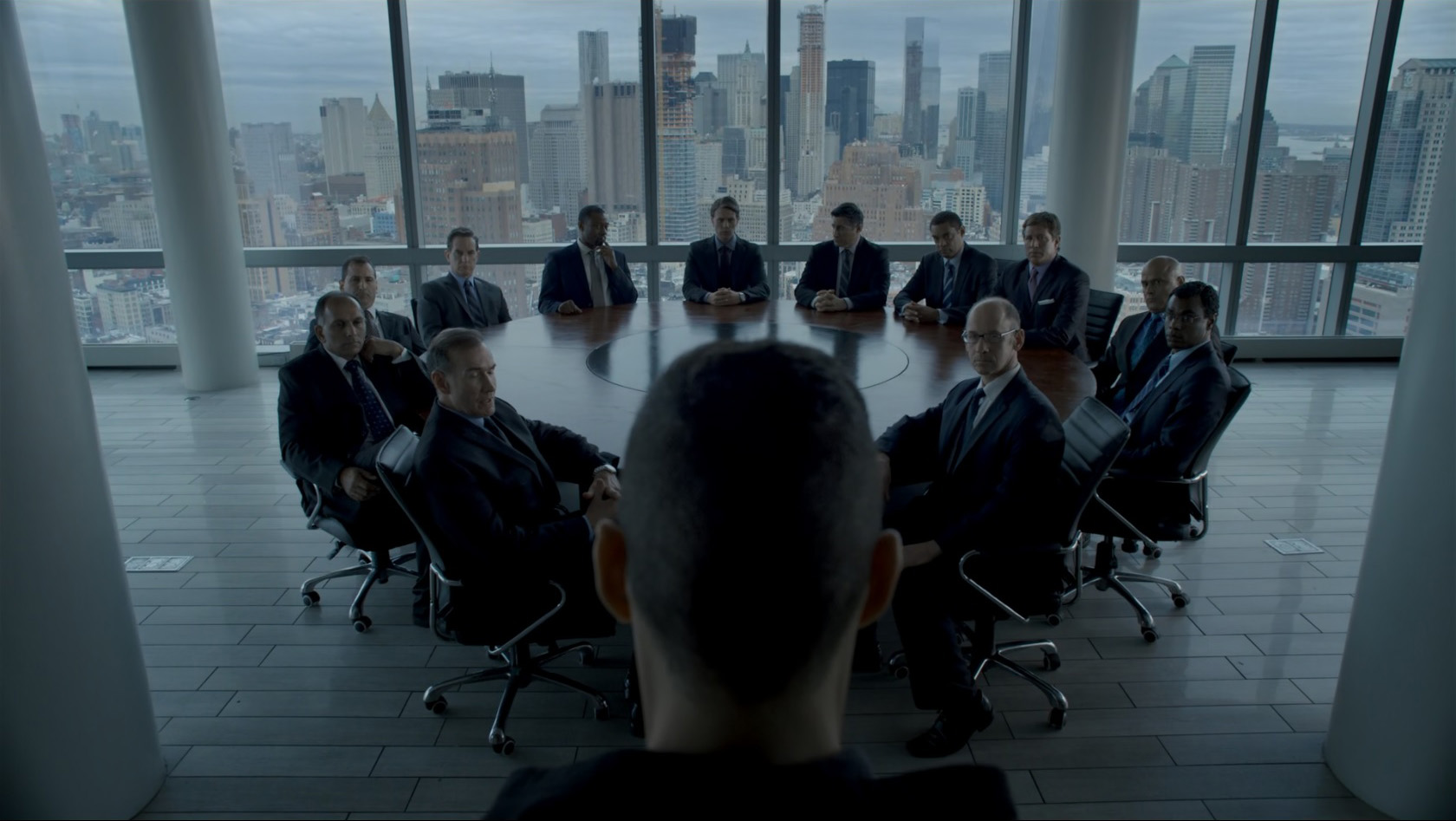 Apart from Tyrell Wellick, not one of them is recognizable as a recurring character - which is logical, considering who they are. They are introduced to Elliot by Wellick:

I'm sorry to bring you in like this: technically what we're doing might be considered illegal, which is why I'm surrounded by eleven of our most annoying lawyers.

6
If “Steel Mountain” in Mr. Robot is underground, how does that offer the implied vulnerability?
7
Why did Elliot return to fsociety in the third episode of Mr. Robot?
5
How was Terry Colby framed in Mr. Robot Episode 1?
7
Who is Tyrell Wellick talking to in the limo? (s01e07)
7
What drove Tyrell Wellick to do this deed and why did he regret it afterwards?
5
Mr. Robot S2 Episode 7, is Ray an illusion?
1
Can Tyrell Wellick fire people on the spot?
4
Why are faces in pictures covered with stickers both in a Mr. Robot episode and a Billions episode?
5
What does Tyrell Wellick find at the end of Mr Robot S04E04?