How was the motorcycle scene in The Matrix Reloaded made?

How did they made this scene?

We can see that Trinity is driving the bike in opposite direction with high speed and closely passing other vehicles.

Is it fully CGI made?

It was partially CGI.

Indeed, filming the main chase took three months and a freeway was built for the film – 1.4 miles of three-lane looped highway

From The Independent (Thanks to Roger Lipscombe)

The Wachowskis built, from scratch, and at a cost of $2.5m (£1.25m), a fake freeway on a disused naval base at Alameda in California. The mile-and-a-half road was fenced with a 19ft wall, made from timber and plywood, designed to look like concrete.

Debbie Evans did the stunt here. From this interview(emphasis mine),

MATRIX: What brought you to THE MATRIX sequels?

DEBBIE: They needed a girl who could ride one of the Ducati 996s really well, and I’ve done a few jobs recently on the Ducatis.

MATRIX: What was your reaction when you first arrived and saw the Freeway set?

DEBBIE: I thought it was great, because most of the time we have to shut down streets. You get a location that’s a practical location, then we have to shut down and wait for the police officers to get in place and everything else to happen, and then you have people coming in who shouldn’t be coming in, dogs running around, and all kinds of distractions. Just to be able to know we had the set was so great. It’s just remarkable what they built, it really is, I think they should leave it up because other shows will use it; it’s a great location.

They built a freeway out at the old Alameda Naval Air Station using the runways. Here is a Google Earth photo from 2002. 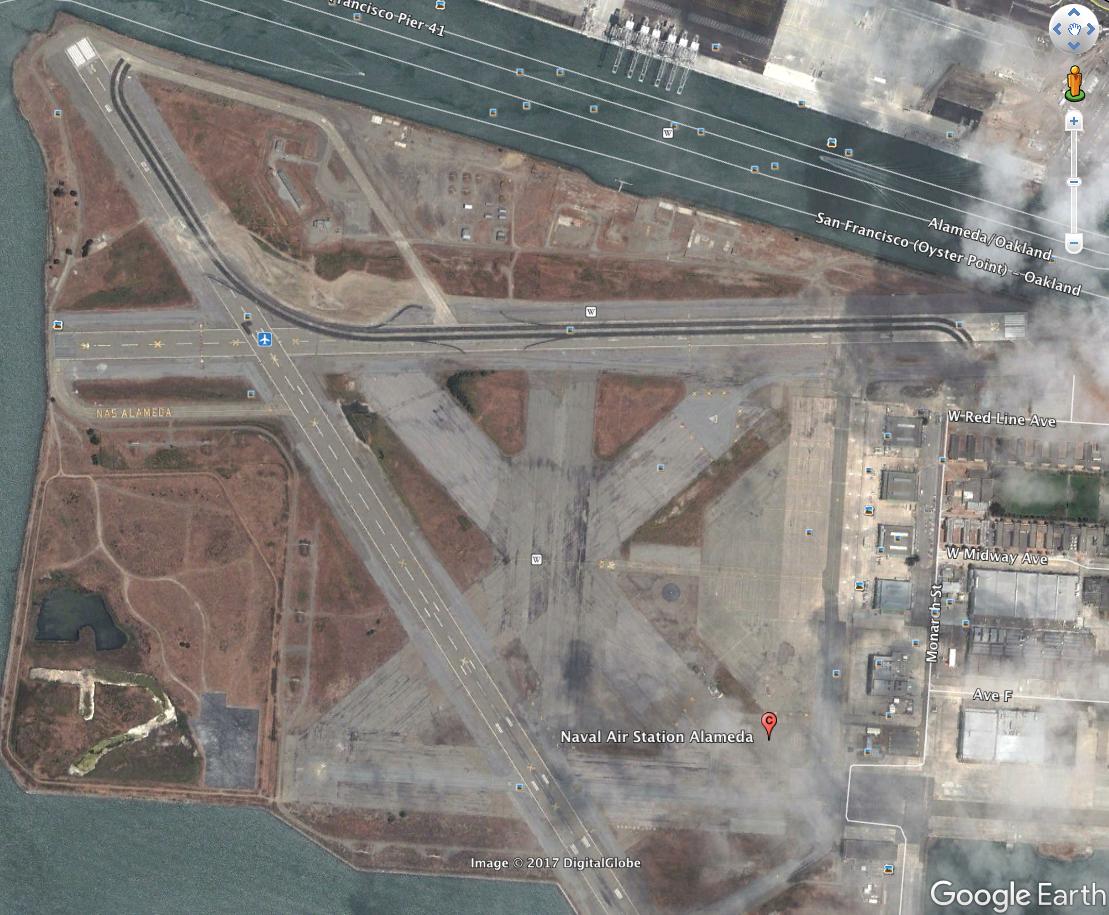 The freeway was lined with pop-up walls, and two actual bridge overpasses were built, all as a temporary structure. All that was removed shortly after filming was complete. Those lines are a 3-lane-with-shoulder freeway, which goes to show how wide the runways are.

You can plainly see five freeway entry/exits, and the curves at the ends meant to conceal the abrupt end of the freeway.

The cut-corner (not part of the runways) remains, the marks have faded.

CGI removed or altered the Port of Oakland cranes, Bay Bridge, and Oakland and San Francisco skylines. Obviously some of the vehicles are CGI, since the camera goes through them.

You may also remember this spot (imagine no fences) 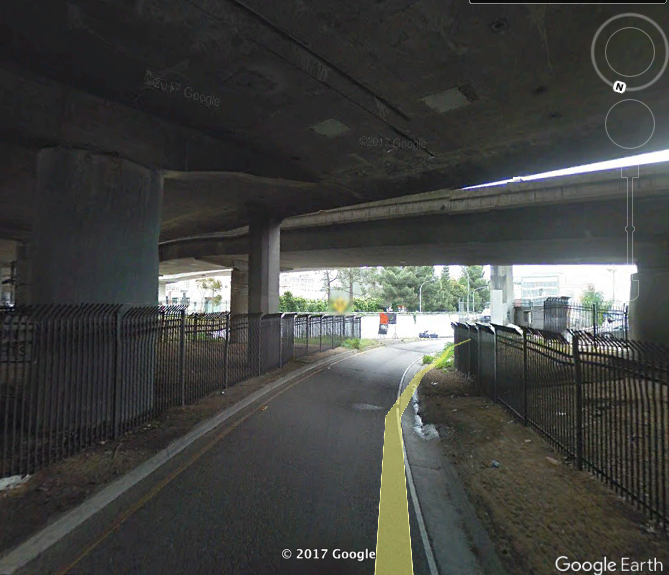 This is the entrance to a tunnel to Alameda, which was recast as an entrance to the freeway. The "To 101" sign remained there for several years after the filming, to the delight of film fans.

Some of it was CGI.

The driving, as well as the road, are genuine enough. But at least some (if not most) of the vehicles are added in post-production.

In the clip you reference, review the camera shots around 3:09 in slow motion. Clearly, those trucks cannot be real, or the camera work is beyond my understanding.

Obviously, weaving through traffic is a lot easier if you add the traffic after the fact...

Not the answer you're looking for? Browse other questions tagged film-techniques the-matrix-reloaded .

16
How was the opening scene with the fly made?
4
How did they film the motorcycle jump in Point Break (2015)?
12
How did they shoot the Las Vegas scene in "Now You See Me"?
3
How was this scene from "The Lady Vanishes" shot?
7
Why do deleted scenes have poor quality?
4
How was this opening title sequence from Atkinson's Maigret made?
17
How was helicopter scene filmed in Escape to Witch Mountain (1975)?
13
How did Game Night make shots that made the scene look like a model set?
2
How was this scene from The Office done?