Does the scene in Tin Star S01 E05 with a pool table contain a mistake?

In this episode there is a scene where Whitey (Oliver Coppersmith), is playing pool whilst keeping tabs on the Police Chief (Tim Roth). We see him take a shot, but clearly see there are 2 cue balls (white balls) on the table.

Is this just an oversight, a pretty poor one to be honest, or in parts of Canada / North America, is there a type of pool game that requires 2 cue balls?

Apologies for lack of supporting image.

I watched the scene a couple of times, this is not my mistake, 2 white balls are clearly on the table.

Pictures posted in accepted answer below would suggest I did make a mistake!

As the OP commented

Not that scene, it is just after one of his colleagues (male) has confronted him at the bar. ..

I checked the Episode 5 and found the scene you talking about, 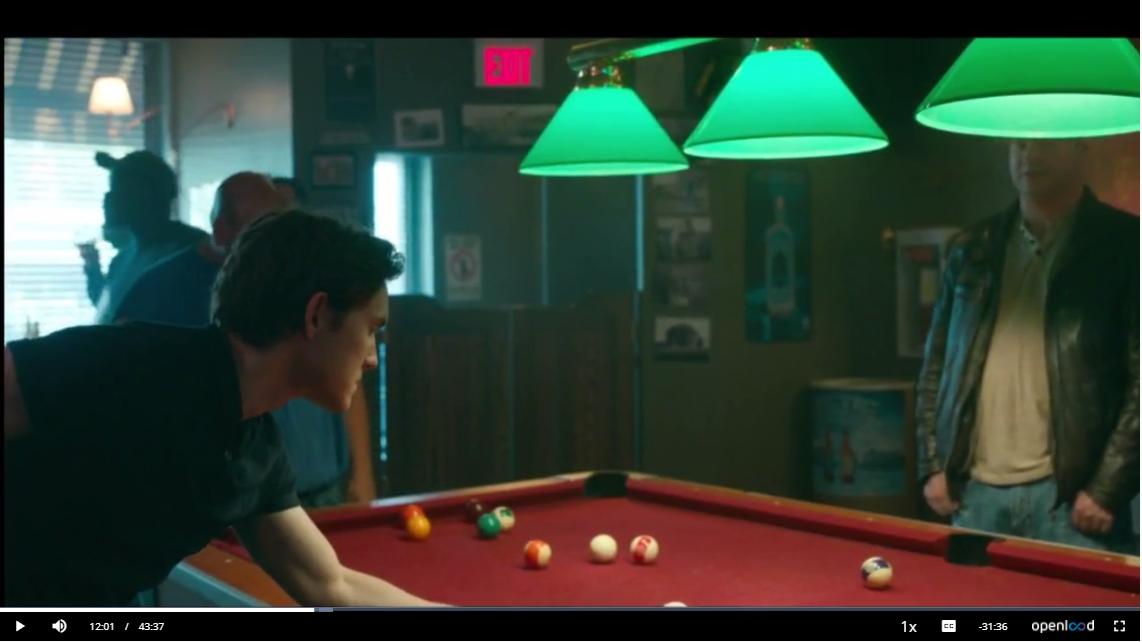 Here we can see that he is hitting a ball with cue ball and another ball looks like cue ball is in the scene.

Before that scene when Tim Roth's police friend coming into the the bar scene, we get a look at the pool board.

In the both images rather than cue ball, all other balls are in similiar places, and in second image we can see the yellow shade on the second ball and its now clear that only the white part of a striped ball was visible in the first image.

Not the answer you're looking for? Browse other questions tagged plot-explanation tin-star .

17
What does the wooden box scene signify?
3
How does Lydia “escape” the dinner scene?
24
Why does the First Order essentially just make a bigger Death Star?
3
What was the significance of recreating the fire scene with Daenerys?
13
Why does Sollozzo frisk Michael before Michael retires to the restroom rather than after he returns to the table?
8
Why does no one care that kids are stomping aquatic animals in the pool in “Finding Dory”?
4
What does the Piano scene mean in the Godfather?
3
What does the dream scene signify in The Revenant?