Why did Kevin's dog run away?

In the last episode of season 2 (episode 10) of The Leftovers, Kevin Garvey gets his dog back but at some point the dog runs away and not seen again.

This does not make any sense, as the dog was 100% loyal to Kevin and even

So, why did the dog run away?

Cultural depictions of dogs in Western art extend back thousands of years to when dogs were portrayed on the walls of caves. Representations of dogs in art became more elaborate as individual breeds evolved and the relationships between human and canine developed. Hunting scenes were popular in the Middle Ages and the Renaissance. Dogs were depicted to symbolize guidance, protection, loyalty, fidelity, faithfulness, watchfulness, and love.1 As dogs became more domesticated, they were shown as companion animals, often painted sitting on a lady's lap. Throughout the art history there is an overwhelming presence of dogs as status symbols and pets in painting mainly in the Western art. The dogs were brought to houses and were allowed to live in the house and cherished as part of the family, and were regarded as mostly in the upper classes who used them for hunting and could afford to feed them. Hunting dogs were generally connected to the aristocracy. Only the nobility were allowed to keep hunting dogs, and this would signal status, and it was the signalment of a noble man. Dog portraits became increasingly popular in the 18th century, and the establishment of The Kennel Club in the UK in 1873 and the American Kennel Club in 1884 introduced breed standards or 'word pictures', which further encouraged the popularity of dog portraiture.

Dog is a symbol for companion and guardian. In a positive light they are a symbol of loyal, faithful, honesty and willing to fight injustice.

The dog is seen as a powerful symbol of loyalty, intelligence and vigilance. As a descendant from the Asiatic Wolf man’s relationships with dogs goes back over 40,000 years and then it was the 11th sign of the Zodiac where it represented symbols both positive and negative. In some ancient civilizations the Dog was a symbol of the underworld. In Egypt, the guardian of the dead was Anubis who was a dog-headed god. The jackal portrayed as black was the symbol of both death and regeneration.

The Dog’s quality made it associated to a guardian and therefore the protector of souls that entered the underworld. Its ability see well in the dark makes it a symbol of instinctive knowledge and the Greeks, North American Indians and Romans were said to associate Anubis with a star (Sirius) and called it a dog star. Additionally, in ancient Mexico, the dog was buried with human sacrifice so that it could guide it to the hereafter while in ancient Scottish legend the green dog of the faerie world was believed to drive nursing mothers into the hills so as to provide milk for the fairy creatures. In the recent world, a dog is a beloved human companion and friend because of its fidelity, loyalty, and affection. Despite this some cultures it is considered unclean

Dogs are often used symbolically in literature and film to convey certain tropes or cliches of man's companion/man's best friend either relating to faith and loyalty or the nature of man vs the nature of nature (ie: "hunting" dogs). In other words a writer might try to use dogs as a means for comfort where another writer may use dogs as marker of change/transformation or discomfort. (man is not in control of himself)

In The Leftovers, Kevin's dog is one of the few that have not been "turned" wild, but the turning itself plays into the Leftover's [intentionally] unanswered mysteries of The Departure and the overall metaphysical nature of the characters' reality/realities, as the dog's loyalty plays on asking the questions, if it is "fated" that this dog is with Kevin for a reason and/or if it matters what choices Kevin makes (karma)?

I don't remember what Kevin was doing at the time or about to do, but if he does something that many would deem as immoral, then it could play into the fate card. But if it leaves Kevin when he is about to leave someone else, then the dog is a reflection of Kevin himself, sometimes loyal and sometimes not, but maybe ultimately true to himself.

Damon Lindeloff, and Executive Producer of The Leftovers, was also an executive produce and co-writer of the TV series, LOST. LOST also played on mysteries and the nature of reality/metaphysics. The Leftovers has many allusions to LOST from a thematic (dealing with loss and supernatural phenomenon) and character-reaction standpoint. (ie: Matt = Ben, Locke. Kevin = Jack, Nora = Kate) 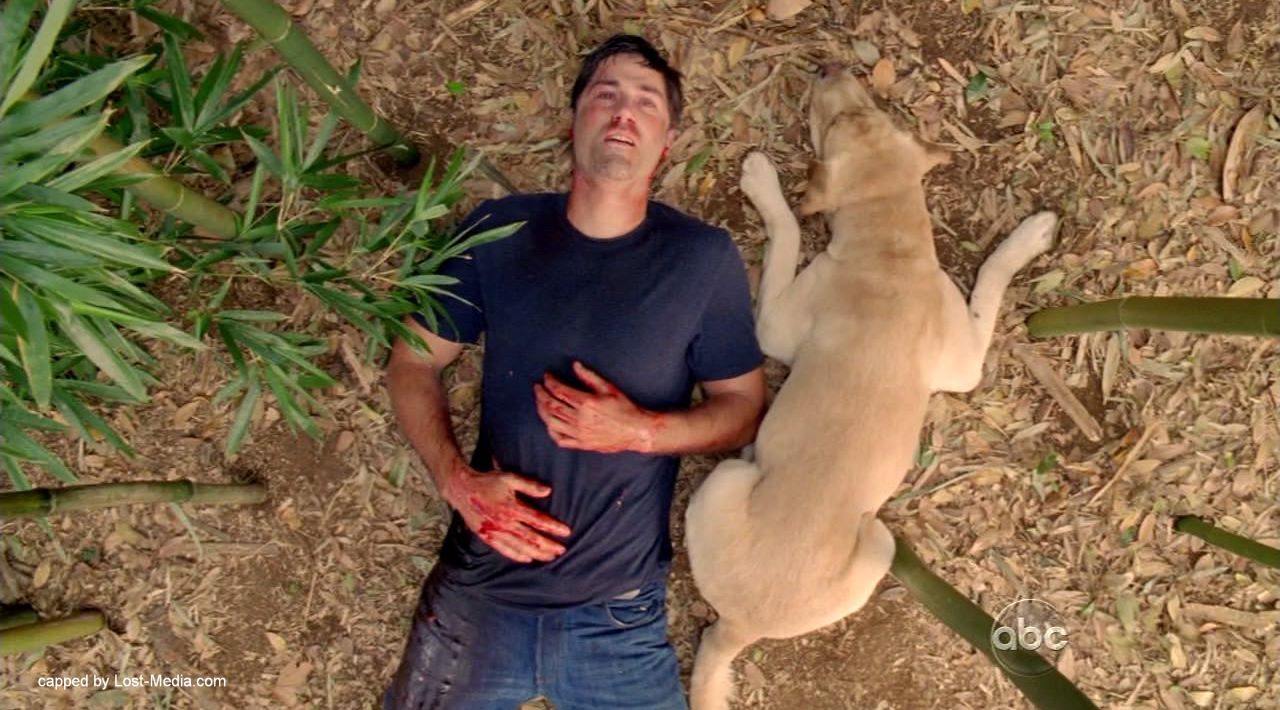 On LOST dogs were also used symbolically with the likes of Vincent knowing more than other characters and occasionally trying to lead them places, to solidifying Jack's philosophy as the series, "Live together, or Die Alone.", as Vincent makes sure Jack is not alone when he dies, after a long struggle with Jack finally coming to terms with the Island (and his father) and was willing to sacrifice himself to save the Island (and the future timelines/lifetimes) of the characters by doing so.

John Locke also preference dogs to humans, when he was insulted by a dog expression another character says and he also tells a story about how his foster mother believed that, a dog that mystery showed up after his foster sister's death and sat on her bed, was her reincarnation. One day it also mysteriously left (but in this case, never returned). John Locke in particular struggled in believing in destiny and fate.

Not the answer you're looking for? Browse other questions tagged plot-explanation the-leftovers .

11
Why was McGarrett wearing an Army uniform?
16
When the narrator meets Bob again after seeing Marla, how come Bob doesn't recognize him?
25
How Did Obara Sand manage this?
10
Why wasn't Dr. Cox sued or fired after a patient dies because of his negligence?
8
How Does the Delta Flyer Get Repaired in Star Trek: Voyager Season 7?
3
Why did Adaline run away?
0
Why did the robots run away?
19
Can there be sunlight in Australia and Texas at the same time?