What is real in The Prestige? [closed]

Most of the story is about two people reading each other diary, which is itself conceived as a "trap" or a "trick" for the other magician.

It is possible indeed that the "duplicating" machine is not some Tesla apparatus, but, again, just a MacGuffin for the other magician.

Do we have evidences that the "clones" are actually clones and not puppets? The scene with the clone is part of the diary narrative; the same goes for the whole Tesla scene.

What is outside the diary "meta"?

"Do we have evidences that the "clones" are actually clones and not puppets? The scene with the clone is part of the diary narrative; the same goes for the whole Tesla scene."

The very last scene is not part of the diary "meta", and we clearly see a room full of water-filled boxes with a clone inside.

I think it's pretty clear that the clones are, in fact, clones.

This doesn't necessary prove that there are clones, but as source material, it may help someone be swayed in that direction. The Prestige is based the novel of the same name by Christopher Priest.

From Wikipedia - The Prestige Novel:

Blockquote "The duplicate Angier, alienated from the world by his ghostly form, discovers Borden's secret. He attacks one of the twins before a performance. However, Borden's apparent poor health and the duplicate Angier's sense of morality prevent the assault from becoming murder. It is implied that this particular Borden dies a few days later, and the incorporeal Angier travels to meet the corporeal Angier, now living as the 14th Earl of Colderdale. They obtain Borden's diary and publish it without revealing the twins' secret. Shortly afterwards, the corporeal Angier dies and his ghostly clone uses Tesla's device to teleport himself into the body, hoping that either he will reanimate it and be whole again, or kill himself instantly. It is revealed in the final chapter that some form of Angier has continued to survive to the present day."

Although this is not the exact narrative, the wikipedia entry explicitly sites the words duplicate & clones in relation to a "corporeal" Angier, but it does sound like the novel version may offer more of an astral projection as opposed to to a flesh and blood duplicate, although seemingly one is made at the end of the novel.

Westworld: As a side note, Jonathan Nolan (Christopher Nolan's brother) whom often co-writes with Christopher on many films, is now an Executive Producer and writer of the TV remake of HBO's Westworld.

Famous Line From The Prestige: "Every magic trick consists of three parts, or acts. The first part is called the pledge, the magician shows you something ordinary. The second act is called the turn, the magician takes the ordinary something and makes it into something extraordinary. But you wouldn't clap yet, because making something disappear isn't enough. You have to bring it BACK. Now you're looking for the secret. But you won't find it because of course, you're not really looking. You don't really want to work it out. You want to be fooled."

A Line From Westworld (Dr. Ford)- "Everything in this world is magic... except to the magician."

Westworld is about "androids" in a theme park, whom discover by a narrative written from the Park's creator, Dr. Ford, that they are androids and begin to "wake up". The ideas (and even some terminology) of Dr. Ford is similar to concepts presented in the Prestige, as Ford has "recreated" his whole family (including a child version of himself) as androids hidden in the park ("The Adversary"). And parallels can be made with 'the rivalry' Ford has with Delos Board Members and his partner Bernard with Angier and Bordan/Twin. (Note: The word Rivalry is another way to to discuss/say Adversary).

So although "clones" or "duplicated" have not yet been fully disclosed, it is possible that there are androids in the park that have real-world-human counterparts and I wouldn't be surprised if we learn that there may be "multiples" of some models in later seasons. It seems to coincidental that Westworld is borrowing pages from the Prestige and wouldn't be as relevant if The Prestige didn't include it's double twist with real clone duplicates of Angier. 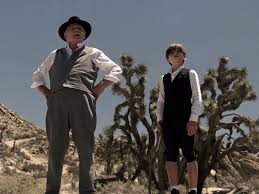 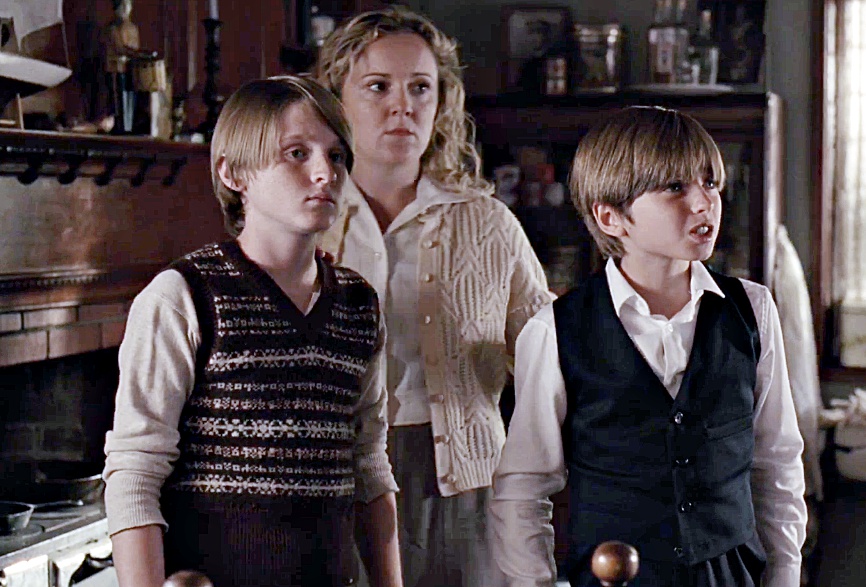 42
How did Angier know not to appear in The Prestige?
59
Is Borden's true identity real, or another ruse?
14
Why do we see Tesla “inventing” the machine in “The Prestige”?
11
What does this dialogue mean in the movie Prestige?
51
Why did Borden do that to his wife in The Prestige?
2
Would the clones be emotionally and mentally same as the original?
16
Why did the bullet catch go wrong in The Prestige?
39
Is the bird killing in The Prestige based on historical reality?