How did they film Anakin SkyWalker racing in his podracer at that speed?

In Star Wars-The Phantom Menace, we know in the podrace that there are several competitors.

We know that that Anakin's podracer can travel to a speed of up to 895 km/h (I think that is the maximum speed), and he is filmed sitting in his podracer racing inside it across the desert landscape of Tatooine.

The race is shown over some type of closed-circuit broadcast to the fans at the pod race (see 0:57 in the clip below).

How can racing at this speed be filmed for broadcast to the fans (in-universe)?

Cam droids were also used to capture sporting events like Podraces, and their recordings would be transmitted to the public HoloNet or portable viewscreens. 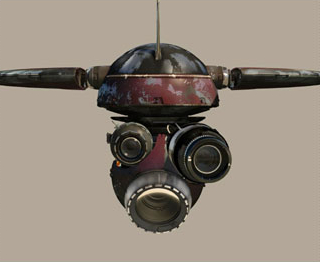 Here we see hundreds of cam droids being release at a different pod race (from the same source as above):

Camera Droid capable of flying 1,000km/h? They have missile droids after all.

Basically there are two lentisk challenges to overcome here:

Also I'm not 100% sure right now, but I think I remember seeing some actual spheric camera droid following people. It's been a while, so might confuse it with one of Darth Maul's seeker droids though.

Not the answer you're looking for? Browse other questions tagged star-wars the-phantom-menace .

-2
How did they film the Titanic splitting in half with all the actors on it?

28
What's the purpose of Aurra Sing appearing in Star Wars Episode One?
4
How come Anakin Skywalker is too old to train in Jedi way and Luke gets a free pass?
6
Is the Pod Racing location real?
1
Why did they decide to continue with the Skywalker Saga?
2
Why didn't Anakin's left podracer engine not fry and then stop working altogether?
11
When did Palpatine know he was going to pursue Anakin Skywalker to be his new apprentice?
1
Was George Lucas inspired by philosophy of Buddhism or other philosophy to write the Star wars Scripts?
2
Is this scene with Djarin and the Child an allusion to a scene in E.T.?
1
Did Anakin share his Qui-Gon experience in Attack Of The Clones?