Why does Rick smile when Jerry says he's gonna go take a leak in S03E05?

In S03E05, around 5min mark Jerry tells a story that doesn't seem to impress Rick, then proceeds to go take a leak. As he gets up, Rick's unfazed faze changes to a smile, as his head follows Jerry. What is the reason behind it?

What I could come up with: 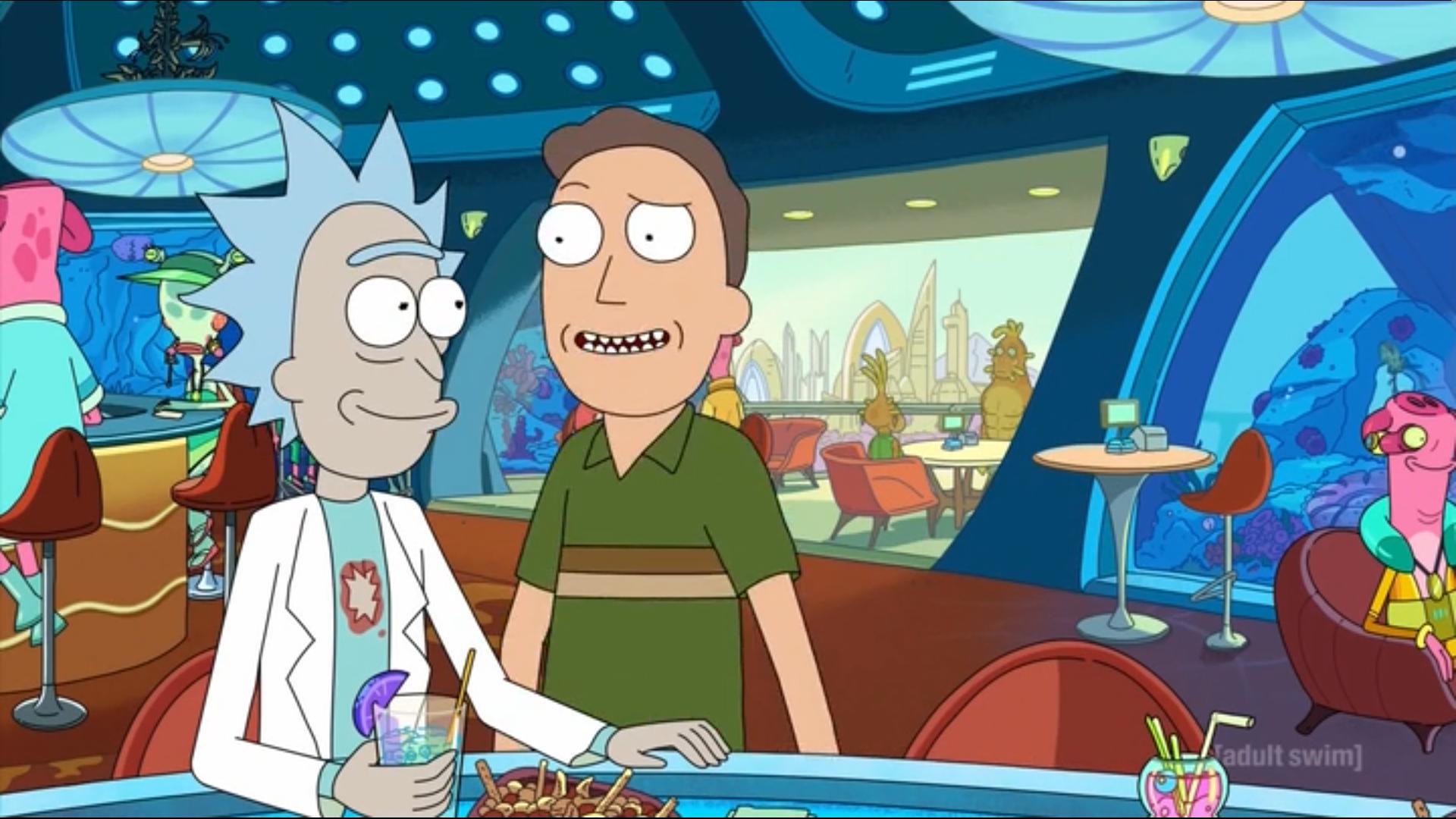 I'd say he's just content and relaxed. As shown in the previous scene (and the rest of the episode), Rick is just enjoying his time in an immortality resort where he's perfectly safe, can catch up with some old friends, have a drink or two and go on a ride. While he's unimpressed with Jerry's story (script idea\dream?), when Jerry says they'll put a pin in it, Rick reverts back to his relaxed state.

Rick is kind of putting a pin of his own at that moment in his resentment for Jerry (although it does resurface later on when Jerry tries to have him killed and the vacation is ruined). He mainly does it to please Morty, but he doesn't mind to put his cosmic misadventures on hold from time to time for a fun day in Blips & Chitz, or a place so cozy that even Jerry won't freak out.

I also think Rick kind of likes being around an unassertive man like Jerry at that exact moment and, even though he says later that fishing for pity is pretty much Jerry's signature move, Rick can't help but feel a little sorry for him. Although Rick is often depicted as a nihilistic abusive genius, there are some genuine glimpses of humanity from time to time, and this smile (as well as the smile and nod he gives Jerry near the end of the episode after Jerry grows a little) seems like one of them.

Not the answer you're looking for? Browse other questions tagged rick-and-morty .

13
Why does Rick risk his life in "Get Schwifty"