How did they make cars fall apart in old movies?

A staple of old Buster Keaton/Laurel and Hardy films is the car that falls completely apart, either when closing one of the doors or even when driving, like so:

How exactly did they pull these stunts off? I could see how it could be done with just two or three joined pieces that you pull a link out of, or something, but in these movies they often collapse into lots and lots of pieces. How was this done?

The 'cab' is hinged round the bottom of the box structure, probably released by Keaton at the appropriate moment, and very likely sprung to assist the demolition.

The rest is just balanced on top and will fall at the slightest provocation.

You only see it move about 6 feet, so it doesn't have to last long. As I can see no evidence of a rope to pull it [and I don't think painting techniques would be good enough to paint it out afterwards] let's assume someone pushed it from a few yards further back then ran out of frame. It has no engine, of course.

If you watch it frame by frame, it's easier to see...

In the first 2 frames, all is well so far - except the bonnet/hood isn't quite seated properly. Also note Keaton's hand on the bodywork - that may already be loose [or may be part of the release mechanism]. The wheel at camera right isn't quite straight either... 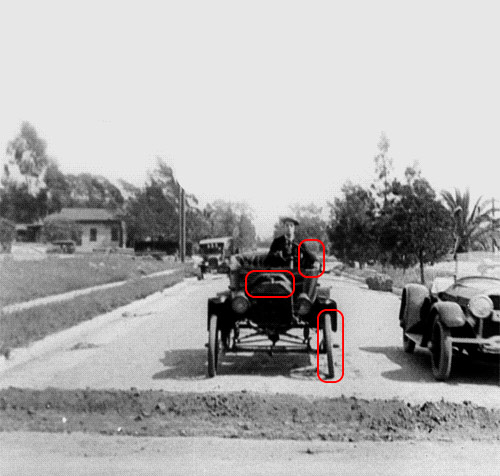 By frame 3, that wheel is already falling off, before it even hits the bump...
Incidentally, the bonnet/hood has dropped back into its correct position momentarily.
After further analysis, the release has been triggered by frame 3. There is a disconnect at the rear, camera left, and I'm now certain the front wheel, camera right, has a sprung steering mechanism to push it the right way. 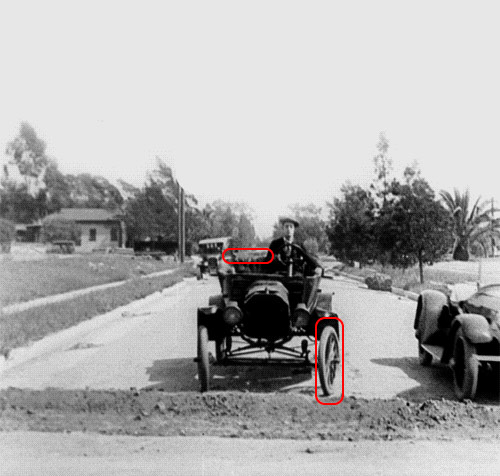 by frame 4, the catch has been released and the bodywork is hinging outwards... The seat is also being hinged backwards and downwards, but we can't see that yet. [Further evidence of the steering being sprung is that the initial impact with the dirt ridge momentarily pushes it back straight. The rear wheel is also off by this point and the axle has dropped, assisting the slew - better detail at the end] 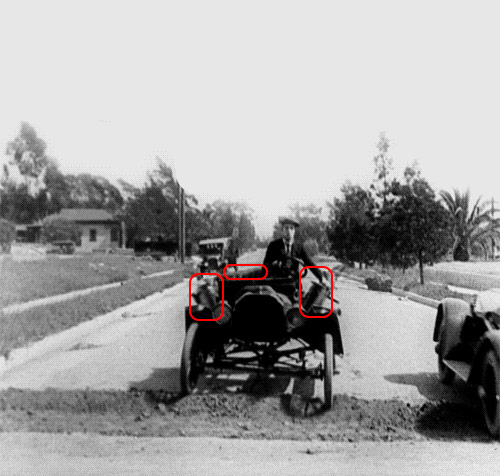 Keaton lifts the steering wheel away and the front panel falls forwards - assisting the demolition of the engine bay and grille. One thing to keep track of over the next few frames is that the steering column stays in position relative to the car's chassis, which could be quite a hazard.
[My 'sprung steering theory' is that the spring force has now overcome the bump and is back on track. It's hard to tell from this point if it is only the steering, or if the axle itself bends forwards. [From what little I know of cars from this era, that axle ought to be a solid bar, with steering at the ends.]
Further evidence now shows the entire axle turns, see detail at the end of the post. 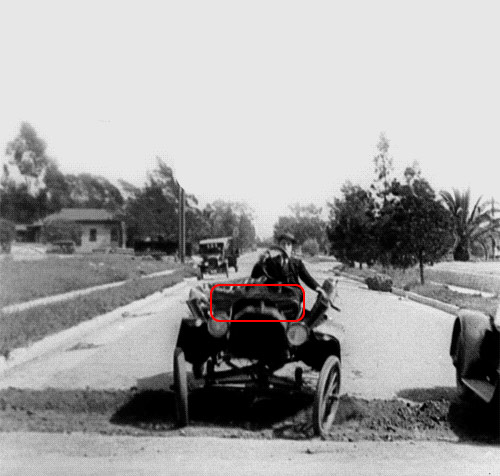 Now we can see the seat tilting, preventing Keaton from sliding forwards into the loose debris and containing him within the relative safety of the hinged box. Throwing his legs upwards as the seat drops is a) comedic and b) safer. 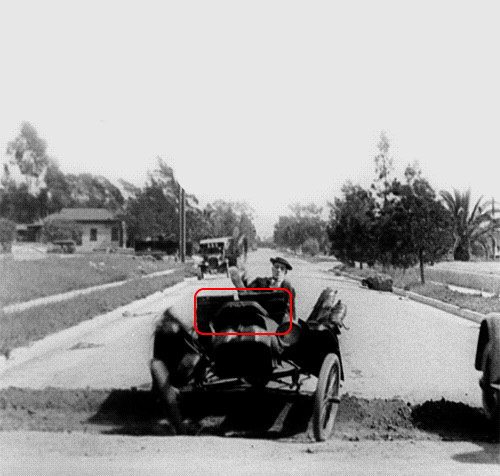 Now we get to see the steering column that didn't fall away ... 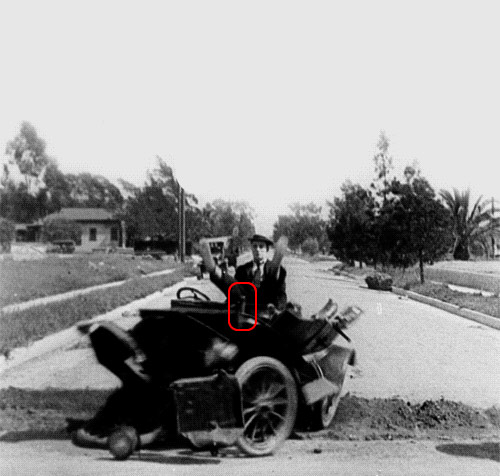 Note he seems well aware that the steering column didn't fall away - construction error or design, we may never know. You can see him avoid it over the next few frames, even as the car takes a final lurch.
You can also see the clear benefit in these final frames of the seat falling back to 45°, preventing him from sliding forwards. 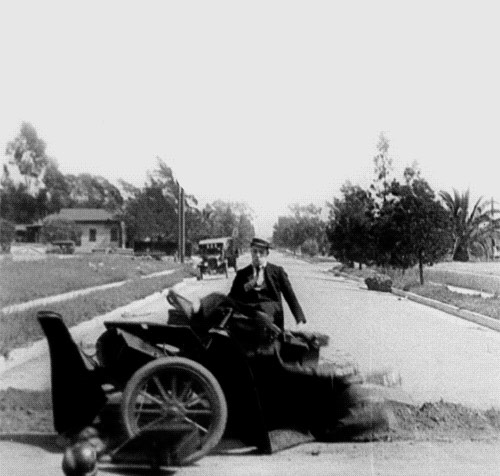 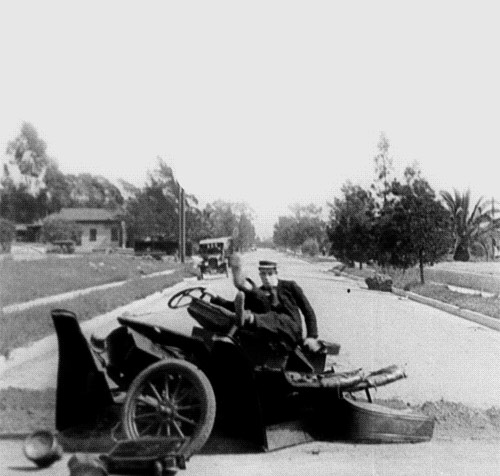 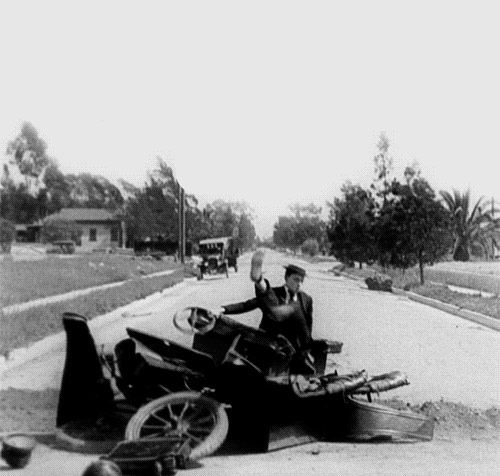 And that's it. He's already stepping out of the car by frame 11.
Note his exit route is a) planned and b) padded - the original car door. 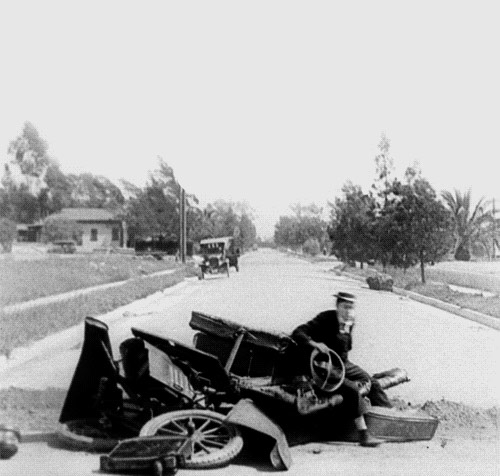 That is probably a clue as to why the camera right wheel went first, to slew the car in a specific direction.

Ten minutes and both he and the car could be ready for another take.

Re: the slewing - I've been trying to decide if this frame shows the front axle bending to ensure it goes in that direction. I can't decide.
Perhaps the release mechanism also disconnected the steering on that side, or sprung it across, to push it in the correct direction. 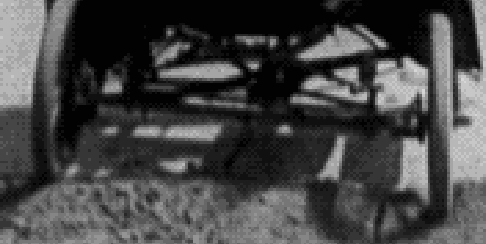 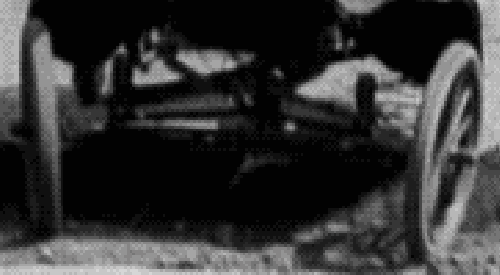 Last bit of evidence - from another source - the rear camera-left wheel drops first, assisting the slew, even as the front wheel is turning, before it hits the dirt at all... 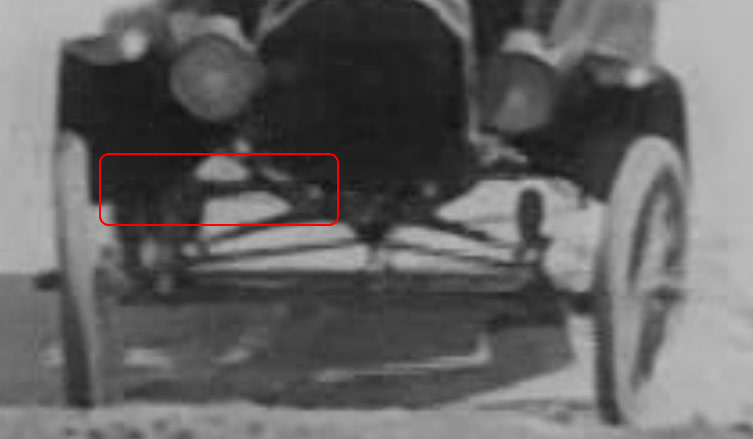 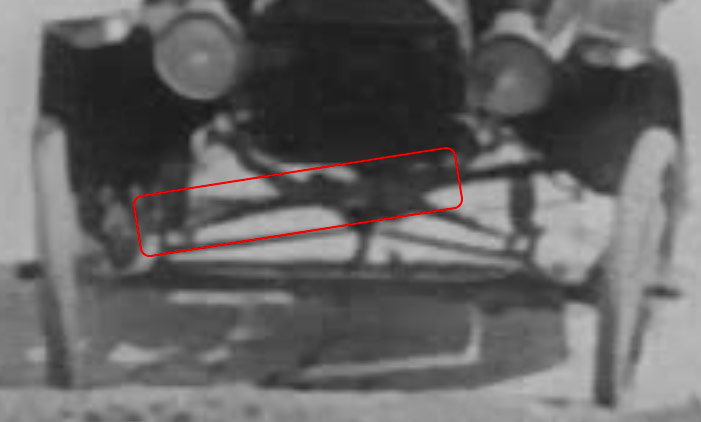 The front axle in its entirety turns too [on this better footage, there's no sign it bends, but it does turn as a whole piece. 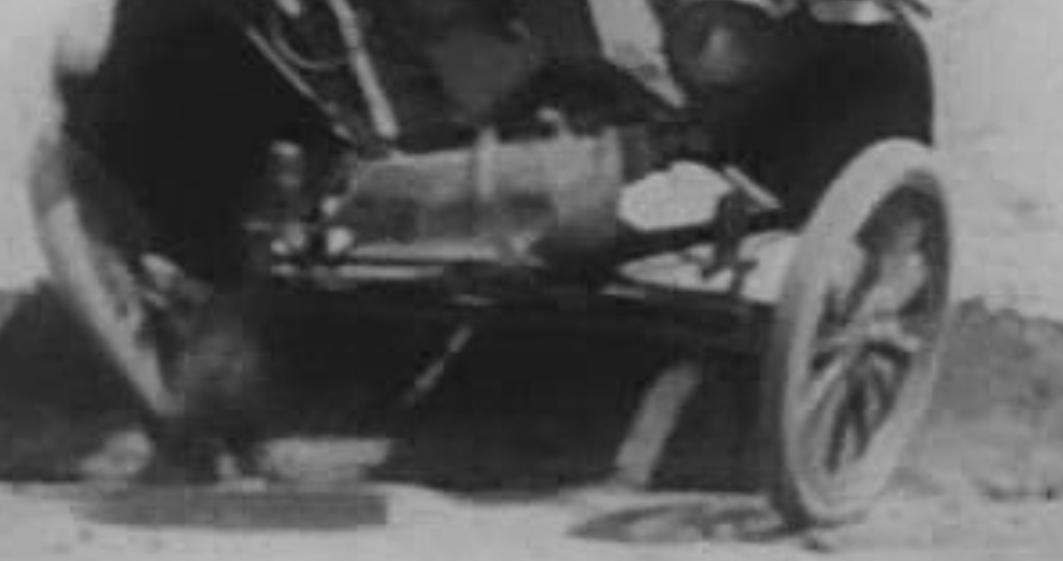 The wheels never come off. They're tethered, like a modern Formula 1 car.
They fall over but never fully detach from the axle ends.
If they weren't, pure chance would say one of them wouldn't land right next to its own axle - especially the rear which we see come loose long before the rest.

It would appear that the only totally free-to-fly items are the radiator grille and the two headlamps. Everything else, including the last-to-fall front wing/fender, is held firmly in place, at least by one end.

Not the answer you're looking for? Browse other questions tagged film-techniques effects stunts silent-movie .