How is the audience supposed to follow the story around Daenerys?

I don't know if this is different for other languages of the series. But in the German version of Game of Thrones, the spoken language when the stories come to Daenerys part is neither translated nor subtitled (except for season 5, but stopping at season 6 again).

I couldn't connect it to any real spoken language, so I assume it is not like the audience is supposed to speak this language. For season 5 with subtitles I was fine since I finally could follow up in depth.

But before It was more like just grasping general emotions of characters to each other but having no idea what is being spoken about.

And for a series as complex as GoT, I really feel like, it would be easier to follow on the political events around Daenerys.

Is it just the German version? Or for what reason they explicitly don't want the audience to understand the foreign language?

Daenerys speaks High Valyrian to her dragons, Dothraki to her Khalasar and Low Valyrian to other characters in prior seasons. All* of these interactions are subtitled, by default. 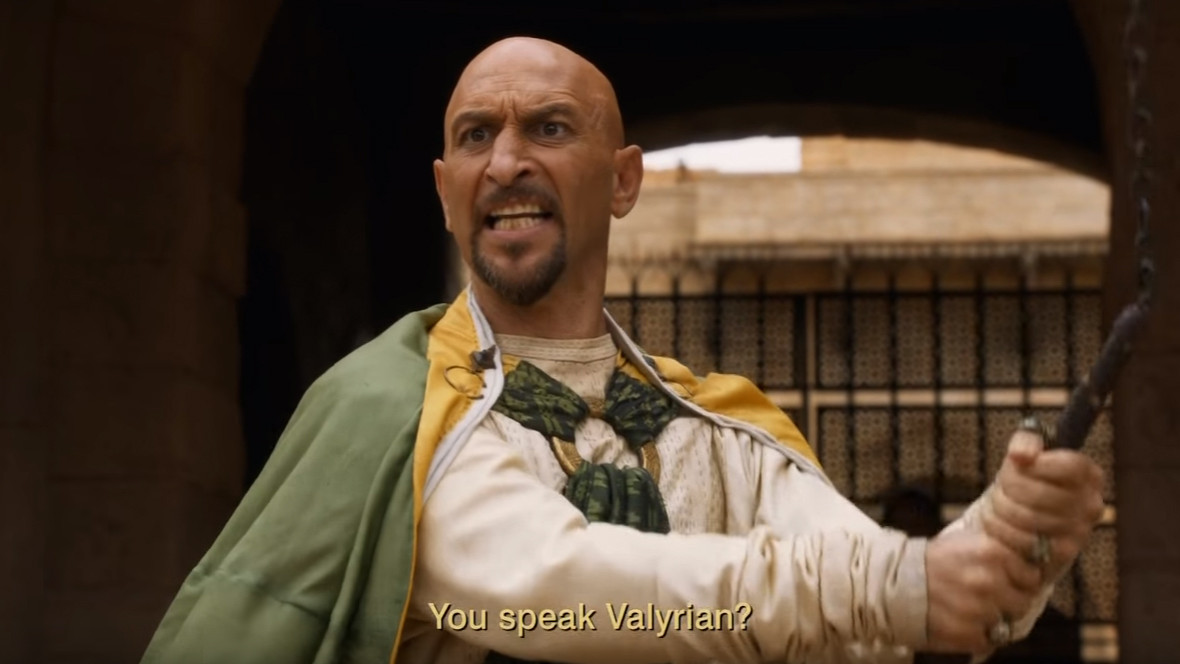 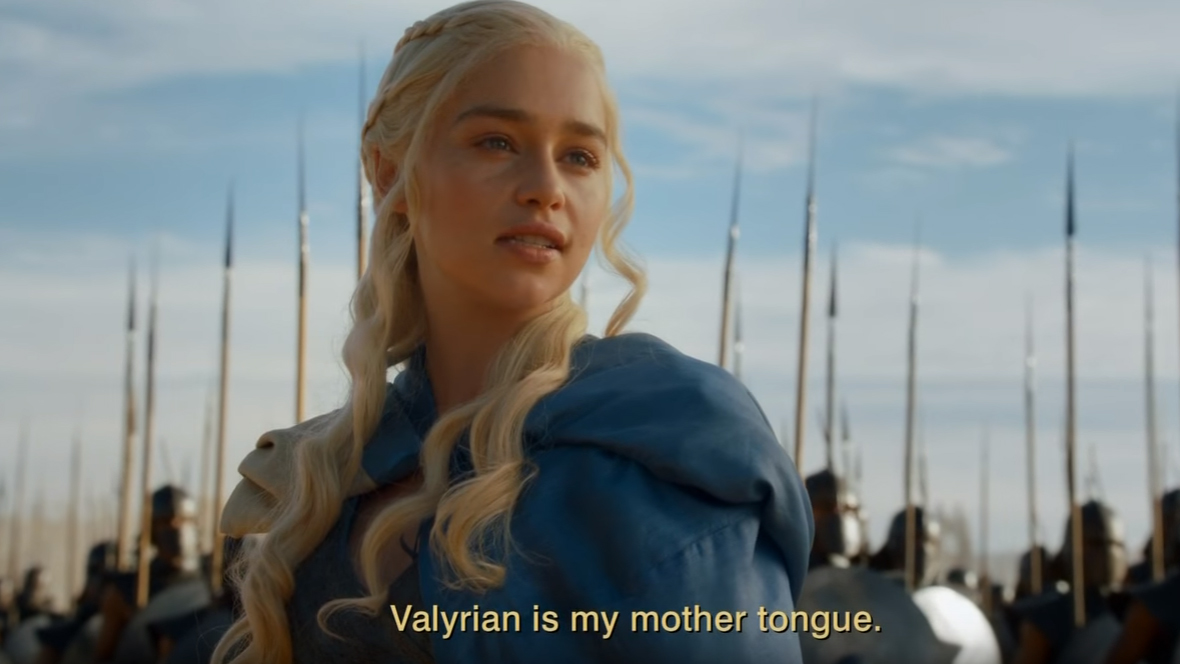 In your German version, it may be necessary to activate subtitles manually, whereas these are usually hardcoded into original (English) versions of the video, so that even people who don't turn on subtitles can follow along with the narratively important scenes containing the fictional languages.

*Practically all - some instances like extras, crowd noise or Daenerys saying "Dracarys" aren't always subtitled. This is usually because it is either unimportant or the audience already knows what it means.

Not the answer you're looking for? Browse other questions tagged game-of-thrones subtitles .

10
How closely does Game of Thrones follow the fantasy or fairy-tale genre?
9
What is the term used to refer to foreign/alien language only subtitles in a film or TV show?
15
Why are the Queensguard in Game of Thrones (S07) wearing black armour?
6
Has Daenerys got the gold?
31
Why does Peter Dinklage's name appear first in the opening credits?
6
Can Jon Snow command the dragons like Daenerys or is he limited to just piloting them around?
36
Was Tyrion always a poor strategist?
27
Why did the Dothraki not follow Jon?