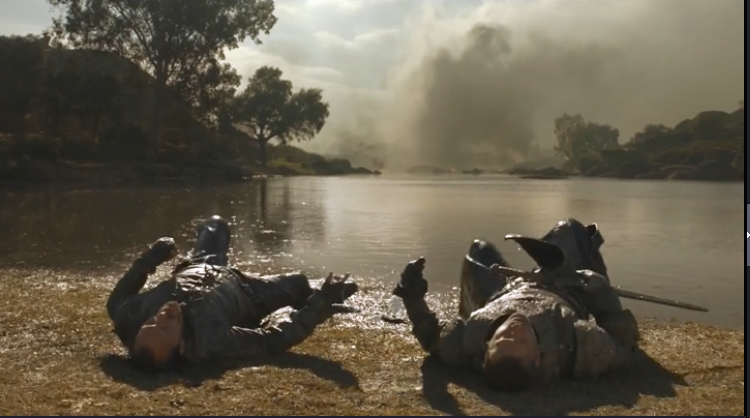 12
What was the motivation and fate of the Polish Jew?
5
What does Jaime Lannister say he wants at the beginning of season four?
6
What happened to Edmure Tully after the Red Wedding?
5
Where did the Elves go after the Helm's deep battle in LOTR?
21
Why did Cersei and Jaime not go after the person that knew their secret?
11
Which kingdoms are in rebellion even after the Battle of the Blackwater?
1
What explains the ending of Triple 9?
11
What explains the changes to history other than the oblivion of the Beatles?
4
What is the fate of this character in MIB:International?
5
What caused the battle over Ganymede?