Why didn't Jacob choose Richard as protector of the island?

In the episode "Ab Aeterno", Richard is convinced by Jacob to act as intermediate between Jacob and the people he brings to the island.

But why didn't he choose Richard for this job in the first place?

Candidates are the people who are flawed in some way or have had issues in their lives they have been unable to resolve. All the people who were on The Lists are good people who do not need to be tested and for this reason cannot be candidates. The Man In Black and Jacob are playing a kind of game with the candidate, both of them seeking the recruit the most of The Candidates to their "side" Jacob tries to save them or steer them in the right direction where as the Man In Black will either kill or recruit them depending which side they fall on, good or evil, and because each candidate is flawed they are the ones most easily swayed to either side. [from lost wikia]

Richard worked for Jacob a long time. So I think that Jacob wanted to pay for his loyalty regardless Richard's attempt to kill him or Richard being worked for man in black at some point. Being alone in an island and having a powerful enemy, that never been a easy task. So I think Jacob wanted to tally up his allies. Richard is a guy he knew for a long time and he knew Jacob. So I think thats why Jacob chose him at critical point on the battle. Thats why he was chosen at that time. Richard worked long time to prove himself and showed his loyalty

Because Richard was in prison for quite a while after murdering the doctor by 'accident'.

This is why Richard wasn't chosen, because Jacob feared that someone would be killed. Read further for the encounter of Jacob and Richard meeting:

We see Richard arrive at Jacob's beach with the statue in shambles. We could sit here and speculate how all of this statue debris on the beach and in the ocean are just gone in 2004-2007, but I'm going to skip right by that. Some of it probably sank to the bottom of the ocean. Everything else? Maybe Jacob has super strength and picked it up and threw it in the ocean too!

•Richard arrives to the foot and unsheathes the knife. The door to the foot is open. Jacob is outside and takes a shot at Richard right to the face. And he takes a few more shots. Richard tries still to attack him but Jacob takes him down and grabs the knife. Jacob then speaks asking Richard why he is here and who gave him the dagger.

•Richard asks where is wife is. Jacob claims to not know his wife and asked if she came on the ship. He then asks if Richard met a man in the jungle dressed in black. Richard explains to Jacob what MIB told him. He's the devil, if he wants to see his wife again he must kill him. Jacob looks clearly upset and tells Ricardo that it wasn't his wife that he saw. Richard says that it was her and that she is dead just like him. Jacob tries to convince Richard he's not dead. (note: some will say that Jacob never did acknowledge they're not in hell. But I would think saying he's not dead would prove this). Jacob then takes Richard into the ocean and submerges him repeatedly until Richard cries that he wants to live. Thus, proving that he's not dead. Interesting tactic!

•The next scene we see that Jacob has provided Richard with a blanket to warm up after his underwater adventure. And Jacob also brings wine for them both to drink and chat.

•Richard asks what is inside the foot. Jacob tells Richard that no one comes in unless he invites them in. If you recall, Richard said something similar to this in season 5's finale and Flocke told him he was beginning to think Richard was making up these rules as he went along. Jacob then goes into his whole reasoning for bringing people to the Island. •He said his name is Jacob and he is the one who brought their ship to the Island. When Richard asks why Jacob picks up the wine bottle and starts to compare the wine to what Richard is referring to as "HELL". Jacob gives it another name, Malevolence, evil, darkness (I guess we could call it SMOKEY!) Jacob says this evil is swirling in the bottle unable to get out. Because if it did it would spread. Hmmm, we had speculated a couple blog posts ago (I believe it was while discussing in the comments) that perhaps the real objective of this season to prevent Smokey from leaving the Island. Similar to Godzilla or King Kong, what would happen if this monster was unleashed upon the world? At first, I was thinking MIB was trying to leave the Island and return to human form. But is that even possible? What if he left the Island and was STILL Smokey? Is that where this show is heading? From Jacob's discussion with Ricardo, it sure seems that way. What does he mean by the EVIL "spreading?" Would Smokey terrorize the world or would he turn the whole world into Zombie followers like Sayid? Is this REALLY where the show is headed? I'll reserve my judgement until we know more, but the idea of Jack and crew's purpose of being on the Island as being called to be protectors of the Island and keep the world safe is not a bad idea. But is guarding Smokey really all that protecting the Island is about?

And also about the boat and being the protector:

Jacob tells Richard that there were many people brought to the Island before him and that they're all dead. Richard asks why Jacob didn't help any of them. Jacob says he wanted them to help themselves and to know the difference between right and wrong without him having to tell them. It would be meaningless if he had to force them to do anything. Richard retorts that if Jacob doesn't step in then the MIB would. •Jacob thinks about this for a second and then offers Richard the job of being his advisor. Maybe Richard could step in for him. He could be Jacob's representative to people he brings to the Island. Richard wants something in return. First he asks for his wife back. Jacob states that he cannot do this. (Dead is Dead?) 2nd he asks to be absolved of his sins so he doesn't go to hell. Jacob states that he cannot do this either (Does this prove he isn't a god?) 3rd, Ricardo then says he never wants to die, he wants to live forever. Jacob touches Richard's shoulder and says "Now, that I can do!"

Because everything is mostly predetermined and Jacob is not fully in charge!

"It Only Ends Once. Anything That Happens Before That Is Just Progress." (As Long as there is an Island with it's exotic light water in tact, life will keep manifesting through multiple timlines--the Island is a time machine.)

The ending of the show, proivided with the reveal of the Flash Sideways being an astral plane (death) that transitions between life times (life, DEATH, and rebirth), gives a bigger certainty to the idea that this (story) was always about spiritual progress as groups of people (variable sets) are going through life-times dealing with the Island as a means to do so. (It's Why Ben chooses not to "move on" because he doesn't believe he deserves the glimpse of the 2004 of the next time line the FS began to show him).

Even though Jacob knows *more and has a slightly different role than other characters, he still is also a byproduct of the axoim of the Universe (The Island) working itself out to move people forward--Jacob is not immune from that. 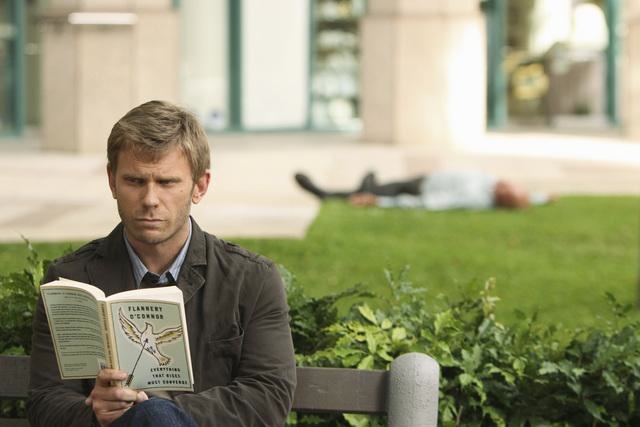 It's clear from some of Jacob's questionable actions (inspired jealousy, accepts certain fates of others as a means to end) is not a perfect person or is necessarily the best leader (after all he is looking for a successor and argumentively Hugo would be a better protector than he was).

He is also potentially being manipulated by the Island, including his dealings with the smoke momster, whom puts on 'black hats' in order to "properly motivate" (John Locke philosophy) everyone, including Jacob forward. 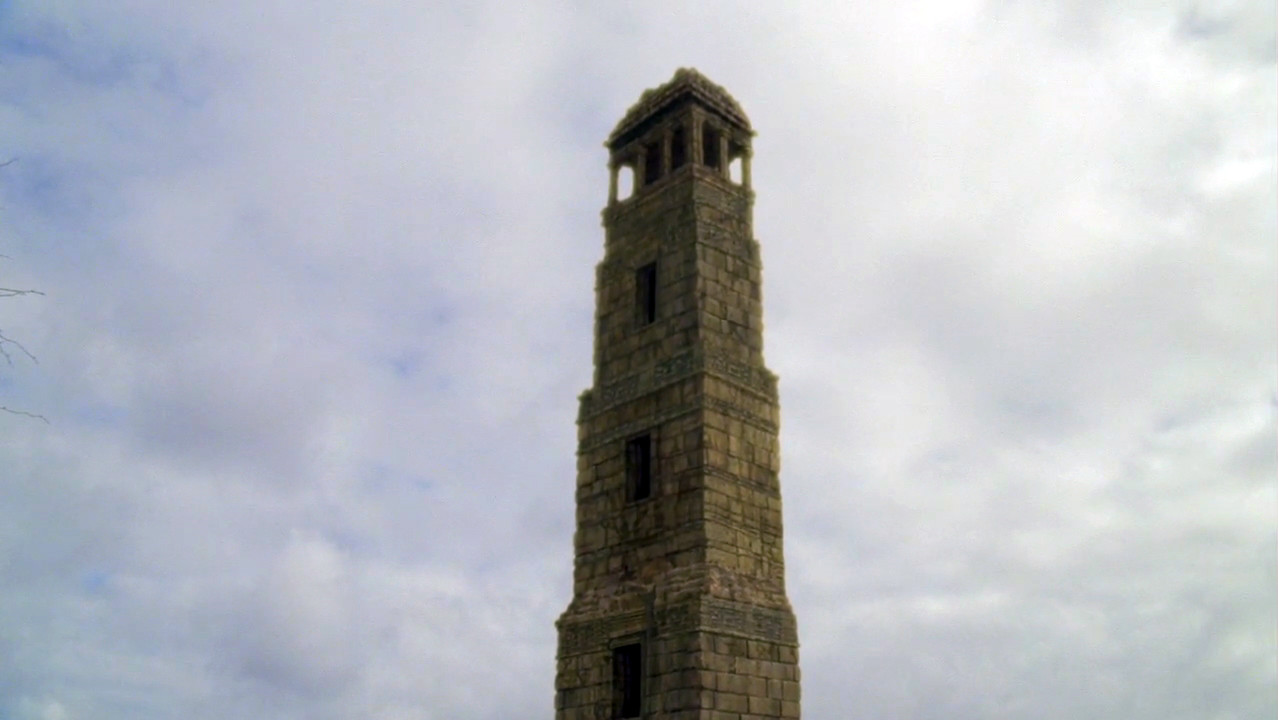 To support this idea, one also has to consider The Lighthouse, which may have showed Jacob whom the Candidates are, as opposed to Jacob having any control of who and what the Light House showed him, considering it existed in the history of the show's primary timeline BEFORE Jacob time. So Jacob could of created his list based on the Lighthouse's metaphysics. 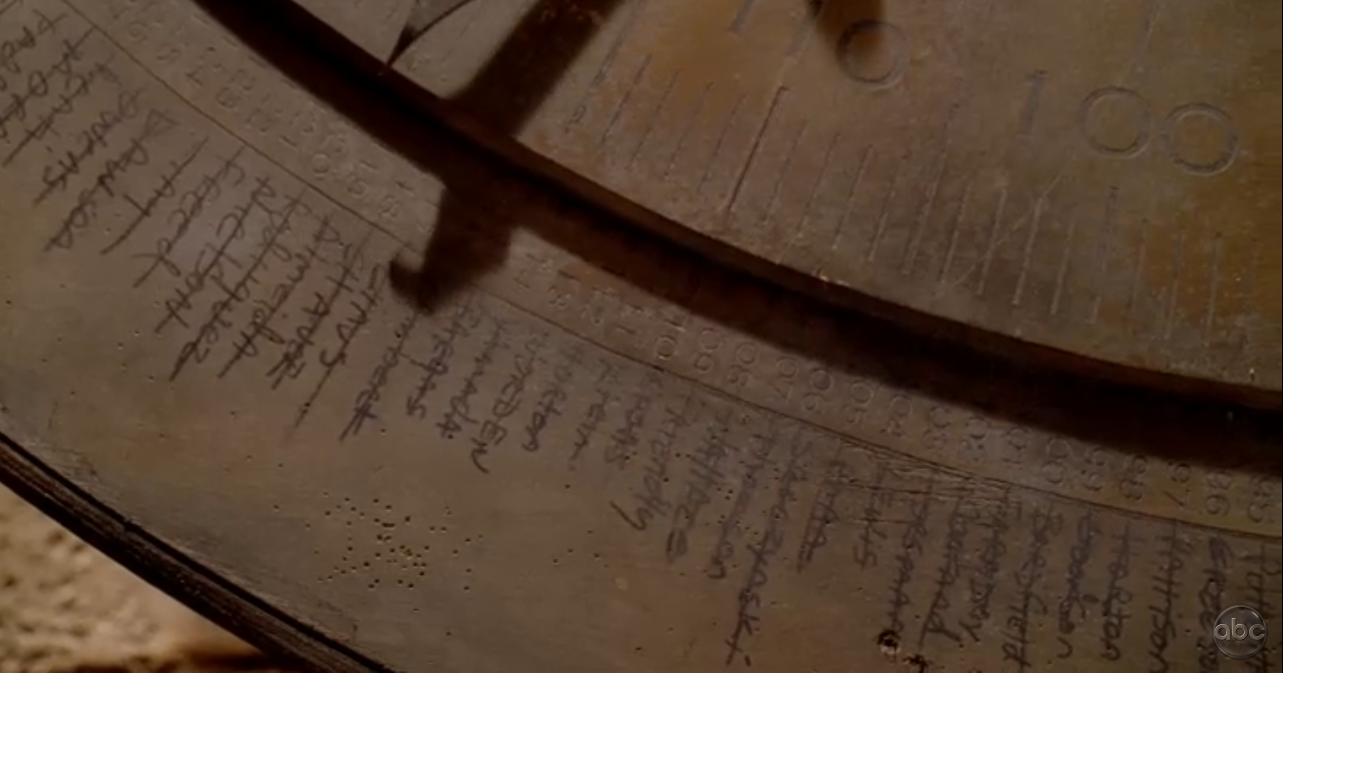 The Lighthouse is an ancient stone tower of unknown origin on the Island. Despite its great age, it appeared to be in excellent condition and in good working order. The uppermost level of the tower contained a large firepit surrounded a movable array of mirrors designed to reflect the light out to sea. The orientation of the mirrors is controlled by a system of gears and pulleys. Strangely, the mirrors are capable of reflecting locations off-Island in the outside world. The lighthouse is one of two known locations where a list of Jacob's candidates may be found.

The origin, history, and original purpose of the lighthouse are all unknown. From the hieroglyphics seen in the signal room, however, it seems highly likely that the tower dates from the same time period as the Temple, tunnels, and the statue of Taweret and was built by an early civilization on the Island. As the Island cannot be seen from the outside world, it seems unlikely that the lighthouse was needed to bring ships to the Island or warn them away. It is not known if anybody prior to Oceanic Flight 815 besides Jacob and its builders ever knew of the tower's existence.

It appears at some point the lighthouse fell into the custody of Jacob, who used the mysterious properties of the signal mirror as a means of remotely observing his candidates in the outside world. Jack believes that Jacob was doing this secretly for years prior to their arrival on the Island. ("Lighthouse") It is not known whether the Others knew of or had access to the lighthouse. http://lostpedia.wikia.com/wiki/The_Lighthouse

43
What was really behind the mysterious number sequence in Lost?
21
Why is it impossible for women to be impregnated on the Island and survive the whole pregnancy?
10
Who is the real villain in the TV series LOST?
4
Why did the Others put Karl in the chair in Room 23?
9
At the beginning of Silicon Valley, were Richard Hendricks and Big Head working for Hooli?
7
Why didn't Shannon heal?
5
Why was John Locke given choice to select an object by Richard in Lost S04E11?
7
Did Daniel Faraday commit suicide?
9
Was the Island in LOST In another dimension?
4
Were any of The Others actually native/indigenous to The Island?