What were the creatures helping the Man in Black?

In The Dark Tower (2017) there are a bunch of furry creatures that are helping the Man in Black destroy the tower. They usually wear some sort of disguise to pass as human.

What are these creatures, and why are they helping the Man in Black destroy the tower?

From your description these are the Can-toi 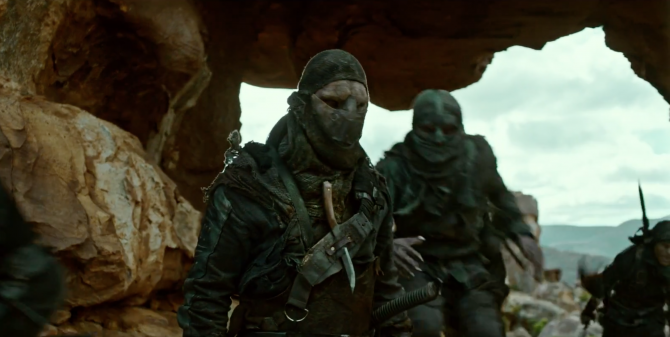 There are several villains who work for the Man in Black, the most prominent of which are a group of rat-faced humanoid creatures who wear human masks to disguise themselves in our world. These are the Can-toi – a hybrid race descended from the mating of humans with the Taheen, another race of Mid-World humanoid creatures with animal heads. The film has them hanging out at the Dixie Pig, a restaurant in New York City that also houses a portal into Mid-World. In the books, the Dixie Pig is also a frequent hang-out spot for vampires, although those particular creatures of the night don’t pop up in the film.

As does Den of Geek

The Taheen aren't very different to humans except that they have the heads of animals, such as cats or birds. They work as minions for the Crimson King in the book, especially as guards at the Devar-Toi, a prison for psychics.

I'm not sure if the movie ever refers to Can-toi, but the ability to pass off as human in our world is specific to Can-toi (also known as Low Men in other King works). The very obviously fake skin is definitely a staple of their appearance in the books.

It may be that the movie fused the Taheen and Can-toi together. It's not far off either since the Can-toi are the result of the Taheen mating with humans. When not wearing flesh costumes, the Can-toi look like humanoid rats.

Not the answer you're looking for? Browse other questions tagged the-dark-tower .