Were the cave drawings in the mine at Dragonstone authentic?

In Season 7 Episode 4 titled The Spoils of War,

Jon Snow shows Daenerys cave drawings made inside the mine at Dragonstone: Jon shows Daenerys the mine of Dragonglass. Venturing further into the caves, he shows her carvings made on the cave wall by the Children of the Forest, depicting the Children and the First Men fighting together against the White Walkers. Seemingly convinced that Jon is telling the truth, Daenerys vows to fight for the North, but only if Jon bends the knee.

The cave drawings appear to be vivid and bright without much fading. 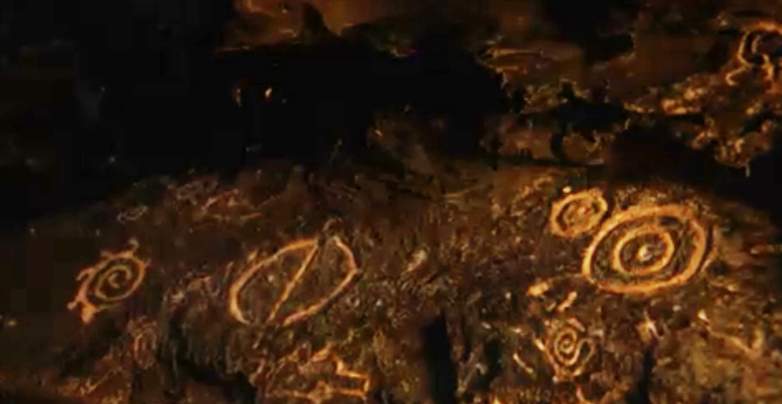 Were the cave drawings actually drawn by the Children of the Forest? Is there any evidence that Jon Snow drew them himself to convince Daenerys to fight the White Walkers with him?

It's highly unlikely Jon Snow painted these and lied about it:

This is one of those fan-theories where it sounds funny/entertaining at first glance, but the more you think about it, the more unlikely it sounds.

I know you are not the only one thinking like this and it's all over the internet:

But it doesn't suit the character of Jon Snow. Jon Snow never tricked anyone like this before.