Where are they in this battle in Game of Thrones (S07E04)?

In Game of Thrones S07E04 "The Spoils of War", Toward the end of the episode, some of the Lannister and Tarly soldiers, Jaime, Bronn and Dickon Tarly find themselves in a field -

- which ends up being a battlefield between them and Daenerys' Dothraki horde, as well as her dragon, Drogon. 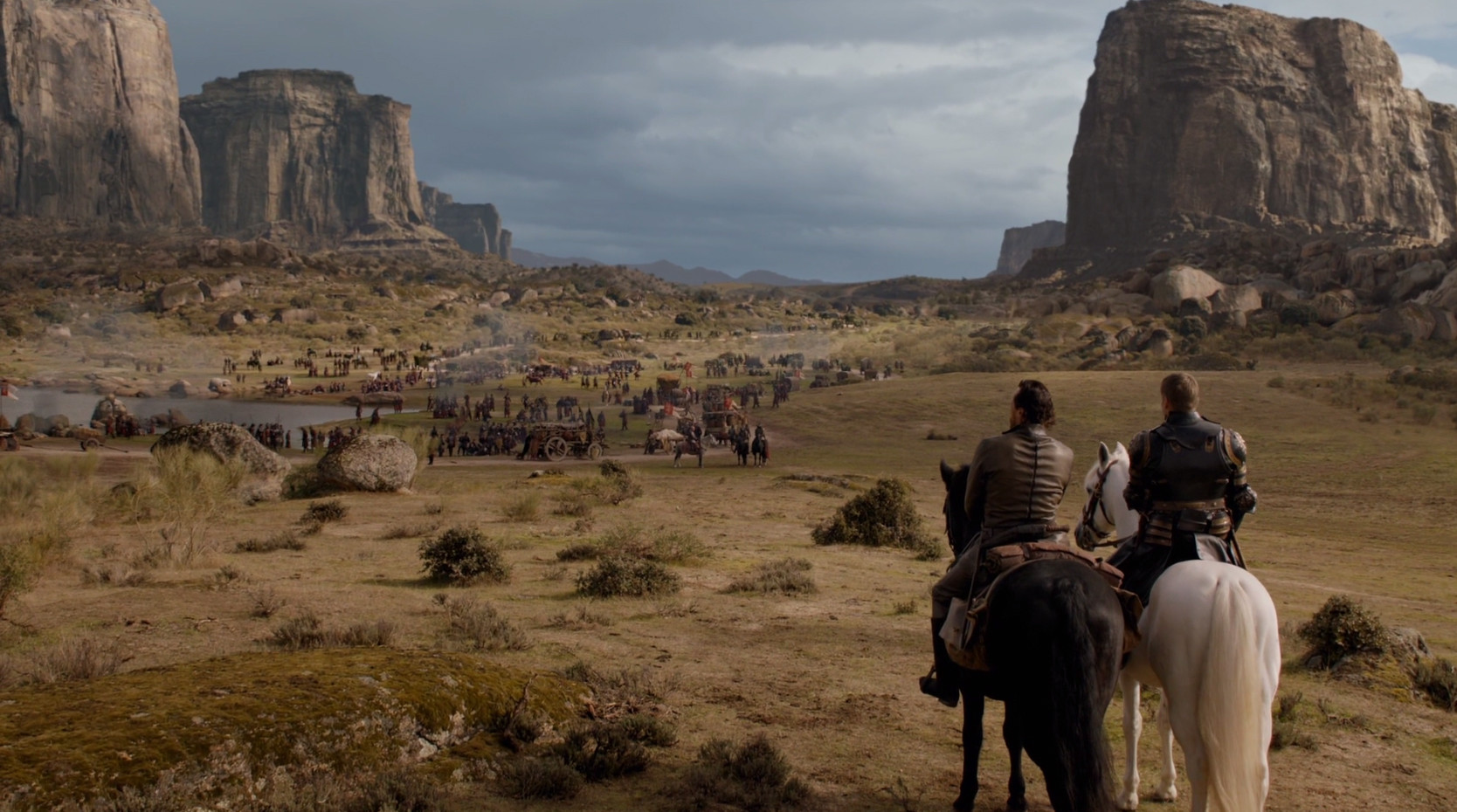 Where exactly are they?

The Roseroad is a major highway in the Seven Kingdoms, second in size only to the Kingsroad. It connects the two largest cities in the realm, King's Landing and Oldtown, via Highgarden, the seat of House Tyrell.

Below is the map: 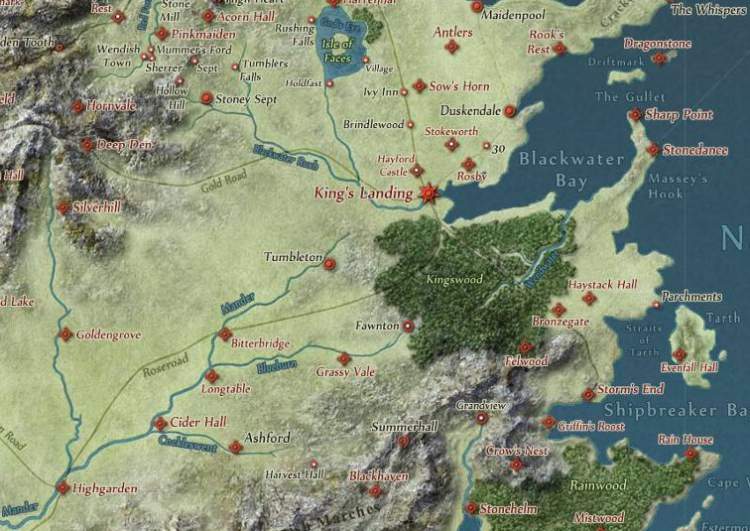 As the caravan approaches King's Landing, the Lannisters and Tarlys are attacked by Daenerys, riding Drogon and leading her horde of Dothraki.

So they are on Roseroad near to King's Landing.

15
Why are the Queensguard in Game of Thrones (S07) wearing black armour?
31
How did Bronn shoot?
12
Why did Daenerys make this strategic choice regarding the Dothraki?
20
How much of the Lannister army is left as of S07E04?
1
How did the Dothraki get here in "The Spoils of War"?
3
Exactly how big is Drogon in Season 7?
10
Did Daenerys know how to hatch the dragon eggs?
10
Who's the ginger Eddie being referenced in the Bronn scene?
7
What was the plan that Daenerys abandoned?
15
How do the dragons exactly know whom/what to burn?