Have there been any indications that Jon Snow's health is failing?

From a story telling perspective I am expecting that John Snow's resurrection will have some kind of significance in future episodes and will be possibly used for dramatic effect. Am expecting him to experience sudden weakness or loss of his "life force" during an important event.

Have there been already any indications, since his resurrection, apart from the initial recovery, that Jon Snow suffers from weakness or unstable health or mind, hinting that his second life is not permanent?

Because Jon's resurrection is shrouded somewhat in mystery, we can turn to the next best source for explanation here: Beric Dondarrion. 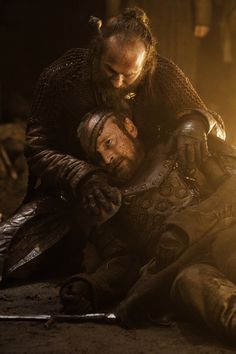 If you recall Season 03 of Game of Thrones, Beric Dondarrion is the leader of the Brotherhood Without Banners, accompanied by Thoros of Myr, a red priest of the Lord of Light, just like Melisandre.

Thoros is seen resurrecting Beric after he's defeated in combat by Sandor Clegane (a.k.a The Hound) by praying to the Lord of Light. We also learn in a later scene that Thoros has provided this service many times (six times at the time).

The side-effects are also, conveniently, discussed in that same scene, where Beric says that he loses some of his memories and is less himself, something so awful he would not wish it on Eddard (Arya wishes her father could be brought back this way).

Thoros:           It's not getting any easier, you know.

Beric:            He's at rest, now, somewhere. I would never wish my life upon him.

It's worth noting that, although Thoros and Melisandre both resurrect their targets in similar fashion (praying to the Lord of Light), and they are both red priests, Melisandre's ritual is slightly more elaborate (involves cutting Jon's hair and casting it to the fire, washing his body), and so it's not certain that they are using the same method. Jon's resurrection also had a significant delay, compared to Beric's almost instant.

All things considered, these differences can be plausibly ignored until told otherwise by the show/books, because Melisandre's ritual, compared to Thoros' more improvised, fast and loose method, can be attributed to her own ignorance or adhering to scripture that prescribes more lavishness than required, and Jon Snow's revival delay might be a side-effect of an inexperienced practitioner, a severe delay between death and resurrection, the fact that it's his first resurrection, or simply for dramatic tension purposes (or any combination of these).

Because of all of this, I believe it to be a safe bet to model Jon Snow's resurrection and side-effects after Beric Dondarrion's.

If we make this assumption, then we can say that:

There are no signs of health failing for Jon.

I make this claim based on the fact that Beric is still alive and healthy in Season 07 of the show, which is roughly 6 years after he was first killed (and resurrected). He maintains this health despite having died (and been resurrected) 5 times more than Jon, all these years later.

For this reason, I think it's a safe bet to make that, at least for the near future, Jon's health is safe, aside from Beric's "I'm a bit less" and some memory loss.