How do film makers record the President of the United States?

Some action films feature a scene, often at the beginning of the movie, where the acting President of the United States is seen talking about an issue related to the plot of the film. A good example of that is at the beginning of Dawn of the Planet of the Apes at around 2:00, according to Netflix's time-stamp. In this example, Barack Obama can be seen talking about getting "your family ready for evacuation".

How do filmmakers obtain those video sequences? I can imagine that in some cases, at least, they can use real footage of past speeches but I also cannot imagine that this would be a fitting solution all the time.

So what do they do? Does the White House schedule a day where filmmakers submit texts they want the acting president to say and possibly pay for it?

Does the White House schedule a day where film makers submit texts they want the acting president to say and possibly pay for it?

Pretty much anything the President says in public is recorded on film.

Editing real footage of presidential statement into movies is an old practise.

It's just a matter of finding the right quote which, out of context, fits the plot of the movie in question.

You will usually find this referred to as "archive footage"

For instance that clip is taken from this announcement on Hurricane Irene around the 1.20 mark: 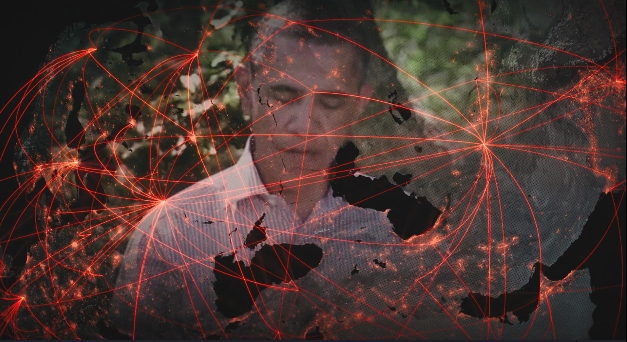 In addition to Paulie_D's answer which is the simplest and most prevalent method upto now:

CGI and computer technology has advanced to a point where it is possible to take some footage of a person, dub some new speech and have the footage resync the person's mouth movements to fit the new speech.

While not as advanced, there have also been times where clever editing has allowed new speech to be dubbed over footage of a president or other notable figure - usually by using only a longshot, or an oblique or rear angle to prevent the visual disconnect of bad lip-synchronisation.

16
How can a studio make a biographic film like The Social Network?
25
How do they film money in TV or movie?
44
How can weightlessness be simulated on film?
12
How do they film phone conversations?
2
How much time did the technical part (motion capture) of the film Avatar consume?
27
How long must a Hollywood film wait to use the same title of an older film?
3
How are movies shot on film cut and edited nowadays?
4
How do movie crews film/control babies and toddlers at the same time?
20
When recording on film, how does the crew see the footage?