Why is the actor who plays Davos not East-Asian and the one who plays Bakuto not Japanese?

There are two characters in Iron Fist, Davos and Bakuto, who have a South-Asian or generally Mediterranean physical appearance.

Strangely enough, Davos is playing the son of Lei Kung, an abbot with a typical Chinese name from a mysterious place which is modeled after Tibet and China, Bakuto is from Japan.

They don't even look like mixed with Japanese or Chinese.

Is there an explanation for them lacking the appearance one would expect from their names and places of origin ?

They are not Middle-Eastern

Davos, as a character, is from K'un-Lun, originally, as is his father, Lei Kung, a Tibetan region within China.

If we look at Hoon Lee's portrayal of Lei Kung, we see a faithful representation (Asian-American playing the role of an East-Asian character): 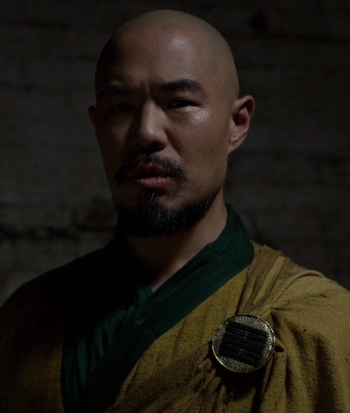 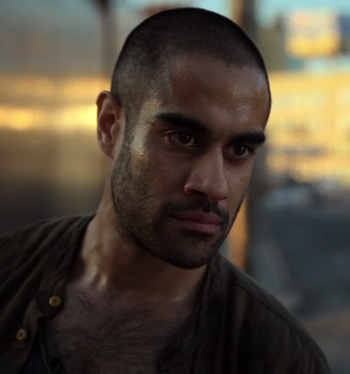 Consider that we don't know what the ethnicity of Davos' mother (in the Netflix show Iron Fist) - a child's genetic phenotypes are the result of a distribution from both parents.

As for Bakuto, according to comicbook.com:

[in the comics,] Bakuto was The Hand's Daimyo of South America; when Daredevil took over as leader of The Hand in the early 2010s, Bakuto was one of the leaders at a Hand summit Daredevil held.

—Iron Fist: Who is Bakuto?, comicbook.com

Though his ethnicity isn't specifically and explicitly stated in the comics, he is most probably Japanese, and his xenophobia for non-Japanese characters, like being outraged at the "American", Daredevil, being in charge of the Hand, is brought up in the comics, so it does seem to be key to his character (also his character design and name is heavily inspired by the Yakuza).

However, Ramón Rodríguez's portrayal of Bakuto, ethnically, seems to be irrelevant with what his role requires, in Netflix/Marvel TV's interpretation so his Puerto Rican background is practically irrelevant. He doesn't make any references to Japanese culture, in the same way his comic-book counterpart does. 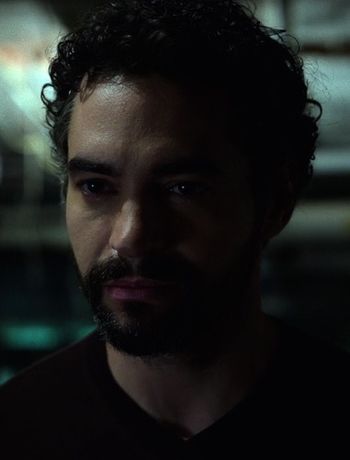 It's also worth noting that there isn't such thing as "Middle-Eastern" ethnicity, as the so called "Middle-East" covers a large array of countries and cultures and ethnic backgrounds that can hardly be generalized under one term, when trying to describe an ethnicity. Some may take offense with this generalisation, not that I did.

Not the answer you're looking for? Browse other questions tagged character marvel-cinematic-universe casting iron-fist .

4
Why was the game designer actor replaced in the show “Level Up”?
11
Why couldn't “Doctor Strange” cast a Chinese actress for the Ancient One, but make the character non-Tibetan?
11
Who plays K's wife in the first Men in Black?
4
Why did Romero cast a Black actor as the lead?
5
Why weren't J.A.R.V.I.S. & Jarvis played by the same actor in MCU?
3
Why do they use the same actor for 2 different roles in an series?
3
Why was the actor for Ned on Ghost Whisperer replaced?
6
Why did Darth Vader not try stopping the space shuttle at the end of Rogue One?