I saw the movie Enemy (2013) a while back and trying to decipher the plot which is quite complex even after seeing it twice.

I know for a fact that only the History teacher character was the real one out of the dual roles and the other one was fictitious and the whole story revolves around the lead character (Jake Gyllenhaal) trying to get over the extra-marital relations he had and trying to keep his marriage from disaster.

This conversation happens (in the timeline of the movie) when the Adam Bell rings up Daniel that they have similar voices and wanting to meet in person. After which, Daniel's wife confronts him that he has started lying to her (of seeing some other woman). She next goes to see other personality her husband (Daniel) speaks of. She goes to the college where Adam was teaching.

They are sitting over side-by-side benches 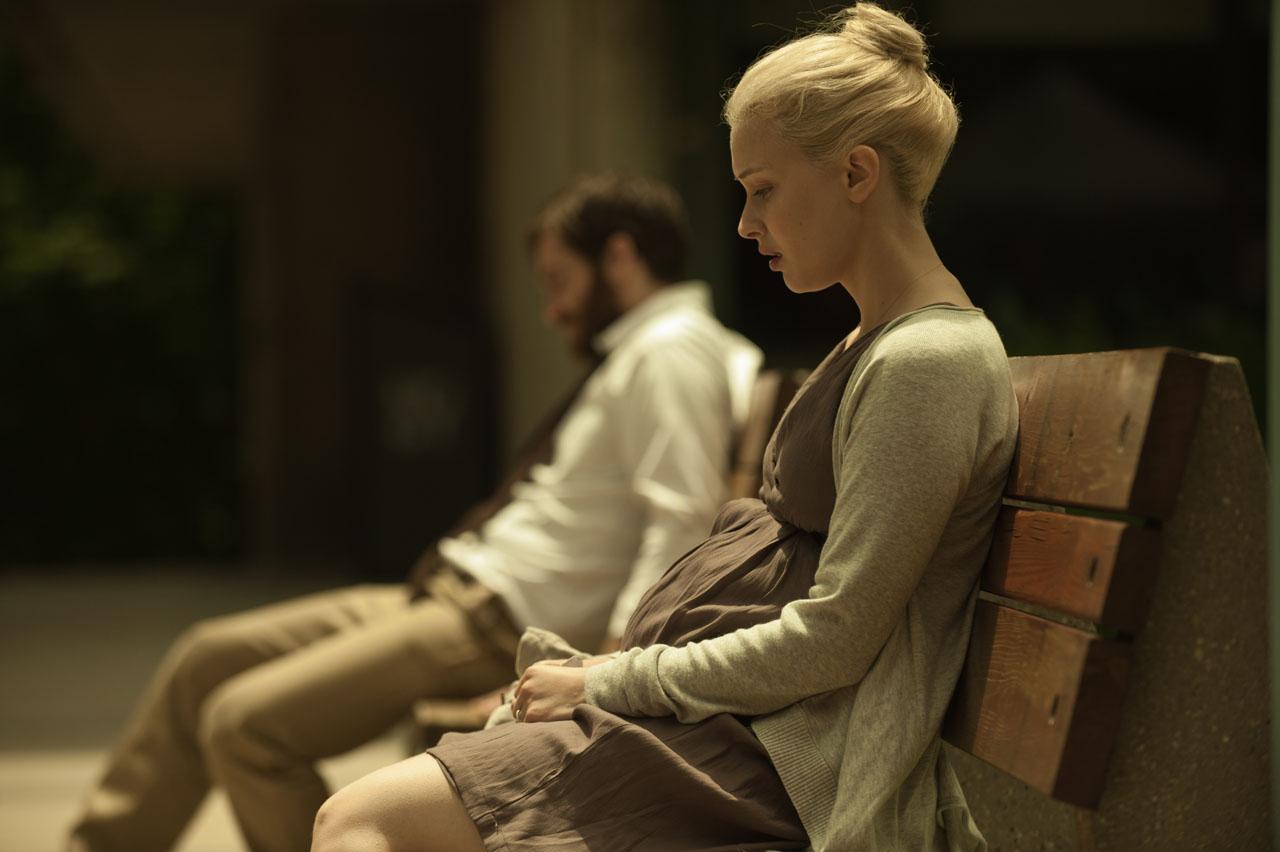 [AB] Hi. Is everything all right? How many months are you?

[Wife] Never know how your day is gonna turn out. Have a nice day.

My question is at the context of this conversation did the original Adam Bell was so lost in himself that he even forgot his wife and was living in a world only in a relation with another girl?

Adam Bell was not the real person. In fact, he and Anthony "Daniel" Claire are split versions of the same person, whom I'll refer to as "Jake". Adam and Daniel are the two operating inner psyches of Jake who is presumably having an emotional turmoil with himself. Here's a word from director Denis Villeneuve himself:

"The movie is a documentary on Jake Gyllenhaal's subconscious. It's about a man who decide to leave his mistress to go back to his pregnant wife. The story is from his subconscious point of view"

Before I answer your question, I'd like to clarify what each of these personalities of Jake represent. Jake (the real person) is presumably a history teacher, who finds his life monotonous and dull, and is forced to commit to adultery as a result, and dreams of becoming an actor. He finds his life completely dictated by his wife and future family, and having been torn apart by his requirement to submit to a normal life, and his temptation for infidelity, Jake has developed two split personalities that contradict one another.

Adam Bell represents the fatigued Jake, who finds his life dull and bleak, and repetitive. This is symbolized by his empty, featureless apartment, as well as the fact that the lecture he gives at school is seemingly memorized due to how repetitive it is.

Anthony "Daniel" Claire represents the unfaithful Jake, who simply put, has a fear of commitment to his wife. He is the one who visits the sex dungeon at the beginning of the movie.

Now, with these in mind, the bench scene is actually very integral to the theme of this movie. Over the course of their conversation, you can see how the wife is slowly growing a look of concern. She realizes what their marriage has done to her husband, who in self-loathing and seeking out a happier life, suppresses his memory as well as his identity. At the end of the film the wife knows that it is Adam, not Daniel, who places his hand on her pregnant belly, before she asks him if he had a good day at school (remember, her husband Daniel is an actor, and has nothing to do with a school).

If you want further clarifications, my friend Chris Stuckmann helped me analyze this movie when it first came out. Here's his take on Enemy:

Not the answer you're looking for? Browse other questions tagged plot-explanation enemy .

11
How did the prosecution know what Bates said?
4
Fringe Mass Redistribution
4
In the pilot episode of Star Trek: Deep Space Nine, the "timeless aliens" were a paradox, right?
10
What's the meaning of this conversation between Jack and Barbossa?
6
Is there a coincidence between actor Jake not visiting the agency in 6 months and his wife being 6 months pregnant?
8
Who was Mikael Blomkvist with at the end of the movie and why did Lisbeth hate it so much?
4
How did Stansfield explain the woman shot in the bathtub?
5
When did Alonzo decide to do what he did to Jake?