Why does the narrator say 'The ring came to the creature Gollum'?

About 5 minutes into 'The Fellowship of the Ring', we see Déagol picking up the Ring from the bottom of the swamp where Isildur died, and the narrator says

The ring came to the creature Gollum.

But doesn't Gollum only exist after Sméagol has been corrupted by the Ring? Or was he corrupted before he got the ring?

I think it was worded that way for pragmatic reasons. Peter Jackson didn't want to tell the story of Sméagol until after the character Gollum was established. In The Fellowship of the Ring, the viewer is intended to see Gollum as a sort of beast. In The Two Towers, he has a much larger role and seems sort of halfway between beast and person, but a viewer who has not read the books is still unlikely to guess that he is a corrupted hobbit. The Return of the King opens with the story of Sméagol and Déagol to shed new light on who Gollum is, where he came from, why the Ring means so much to him, and what kind of influence the Ring wields over him. It is a bit of a shocking scene; the shock would not be nearly as strong if the viewer already knew Gollum's origin.

So, in the opening of The Fellowship of the Ring, that Gollum was once a hobbit named Sméagol is an extraneous detail. While "the Ring came to Gollum" is an oversimplification, it was a necessary one; it told the viewer what he needed to know at that point in the story and no more.

If you listen carefully to prologue it's like this.

History became legend, legend became myth, and for two and a half thousand years, the Ring passed out of all knowledge. Until, when chance came, it ensnared a new bearer.

While above lines are spoken it's shown that a hand grabs the ring out of riverbed.

If you look closely it's not Gollum's hand. It's a healthy hobbit hand. 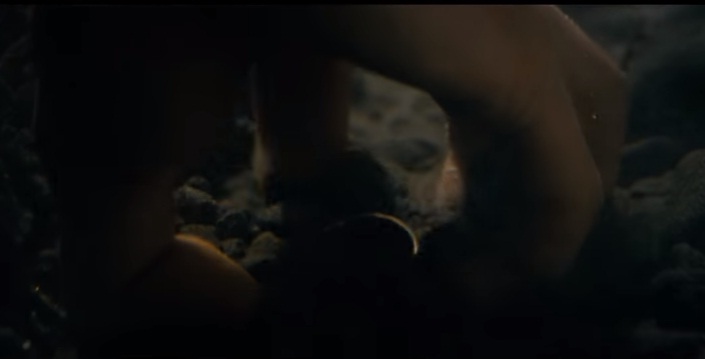 The next scene starts with following.

The Ring came to the creature Gollum, who took it deep into the tunnels of the Misty Mountains. And there, it consumed him.

Now it's a gnarled, twisted and filthy hand.

Spoiler Ahead ( contains beginning of third part of LOTR )

So first it was Déagol who took ring out of riverbed.
Then Déagol and Sméagol fought over it where Sméagol killed Déagol.
Followed by ring corrupting Sméagol mind to make him Gollum.

So the statement The ring came to the creature Gollum. is a way of saying it was then obtained by Gollum

Not the answer you're looking for? Browse other questions tagged plot-explanation the-lord-of-the-rings .

21
Who is our hero, Frodo or Sam?
20
When does Gandalf realise that Bilbo's ring is the One Ring?
72
Why didn't Bilbo become a creature like Gollum?
8
Gollum and the ring
25
What does "Gollum" mean?
3
Does Gollum have another split personality other than the Ring?
2
Why does Jarda attack Jason in The Bourne Supremacy after telling him where his car keys are and even suggesting how to escape?
12
Why does Bruce Banner know so much about Thanos?
3
Knives out laundry scene logic
4
Did the One Ring actually have an influence on Gollum serving Frodo?