Why didn't the FBI trace the getaway truck?

Maybe there was a scene that I missed in Going in Style (2017), but I thought the first thing the FBI would do is tracing the getaway truck.

Sure they are wearing masks but in my opinion using a truck from the festival as a getaway car was stupid since it could be traced back to them. But it's odd the FBI don't even ask about it.

So, Why didn't the FBI trace the getaway truck?

The getaway BUS was deliberately chosed NOT to look like a typical getaway car. It's referenced in the movie that the getaway vehicle was chosen to look as though it belonged there and wouldn't be obvious.

Then we don't know that anyone saw the van/bus leave the bank so it may not have been known that it WAS the getaway vehicle.

Additionally, without a licence plate the van/bus looks just like every other bus and is parked with other buses looking exactly the same. 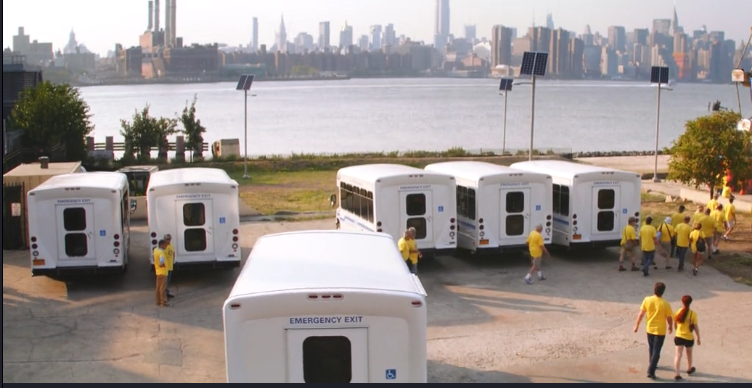 Tracing the vehicle takes time and, even if they could, they already had the guys arrested in the space of 24-48 hours.

In short, they might have traced it...but they didn't need to.

Not the answer you're looking for? Browse other questions tagged plot-explanation going-in-style .

7
Why did the truck driver shoot Selene?
25
What was the significance of Varys' appearance in Dorne?
5
Was Fritz a Nazi all along?
2
Why did the FBI arrest this character?
1
Was it common to switch knives and forks from left to right hands?
3
After Paulie was shot, how did the police not trace the car back to Clemenza or Rocco?
2
Why didn't the FBI use a sketch artist to find Buffalo Bill?
14
How does Sator get the algorithm after the car chase?