Which movie was referred in this scene? [closed]

Ask Question
Asked 3 years ago
Active 2 years, 11 months ago
Viewed 687 times
5
votes
Closed. This question is off-topic. It is not currently accepting answers.

Drushyam is a 2014 Telugu thriller movie starring Venkatesh and Meena in key roles. It is a remake of Malayalam movie of the same name.

Excerpt of plot of the movie:

The film tells the story of Rambabu(Venkatesh), a middle-class cable TV operator, and his family. By virtue of his job, Rambabu spends a lot of time watching films in multiple languages. He does so with so much interest that he makes major life decisions by subconsciously taking on the behaviour of characters from these films.

While taking some decisions in real life, he relates the situations from movies with his real life situations. In the same way, he faces a situation in real life in which has to hide a mobile phone and make it unable to track in order to hide his identity. He wants to make the SIM card the same way. But he remembers a movie and a clip in it where the character talks about mobile tracking and IMEI number. That person in the movie says it is possible to trace whereabouts of a person when SIM card is active using last call or something. The time stamp of this scene is around 53 minutes. Here are some screenshots from the movie. 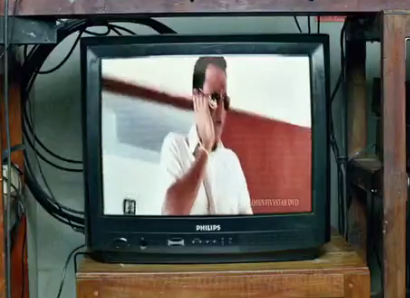 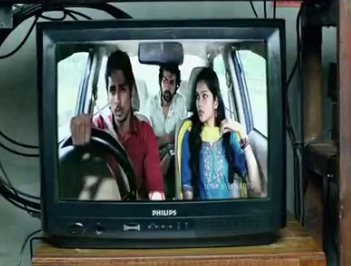 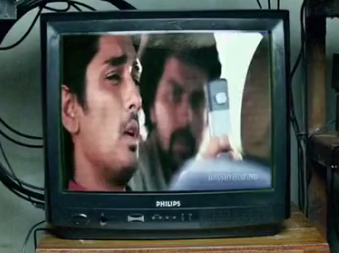 So, I am looking for that movie. The actor in the clip looks like Siddharth. The clip appears for about a minute or so in the movie but this method plays a key role in the plot of the movie. The movie referred was a south Indian movie dubbed into Telugu. I don't recall that movie directly releasing in Telugu.

Any ideas which movie it is?

Here is the relevant part of the movie in which the image in the question appears.

Image from the movie: 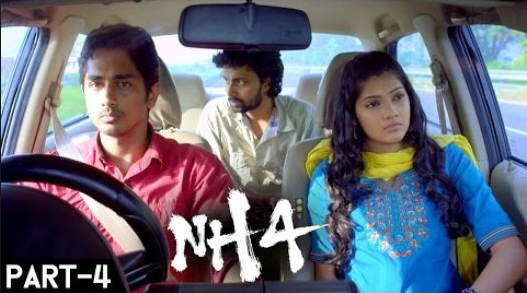 Not the answer you're looking for? Browse other questions tagged identify-this-movie reference .

10
Was this scene an homage to Hellboy?
39
Which movie series are referenced in XKCD comic 1568?
20
Which mask is Wade/Deadpool wearing in this scene?