Is there a scene where Charles Townsend's face can be seen?

In the original TV show Charlie's Angels, no one has ever seen Charlie. We hear his voice, often see his back, hair, arms or legs, but never his face. No one seems to know who he really his or where he lives, only parts of his background are known by Bosley and the girls.

In a show, aired once (in the mid-70's?), and never again after that (at least in my country), I remember a scene in a cabaret, where one of the angels (playing a magician/assistant?) gives a scarf (?) to a man seating in the front-row. Then the trick goes on...

At the end of the show, in Bosley's office, they talk to Charlie, and he says: "but you know me, I was the one you gave the scarf to, in the cabaret!".

The girls are stunned and puzzled, but can't recall what he looks like. Neither do I...

AFAIR: It's the only time Charlie appears on the show (if he really does...)

Is there any scene in any episode of the original TV show where Charlie's face can be seen?

The episode you are referring to is "Magic Fire"

An arsonist known as the Magic Man, whose methods lead people to believe that he's a magician, although has been inactive for years is apparently active again. A magician friend of Charlie's is being investigated so he asks them to help clear his name. Kris, Kely and Bosley go undercover at a magic club thinking that the arsonist is there. While Sabrina goes to the man whose business is being attacked by the arsonist. And the man is not cooperating with the investigation.

and can be seen at http://www.dailymotion.com/video/x4z06pz

and we only see the back of Charlie's head as he's handing a pen (not a scarf) to Chris as part of a mind-reading act with Bosley on the stage...or his face is obscured. 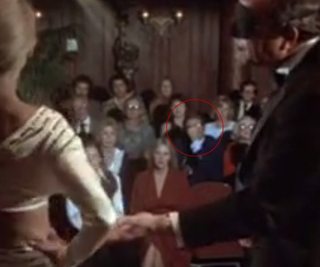 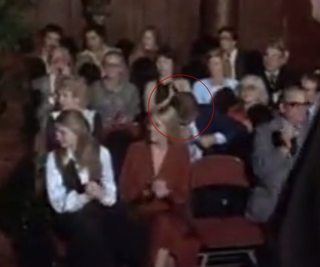 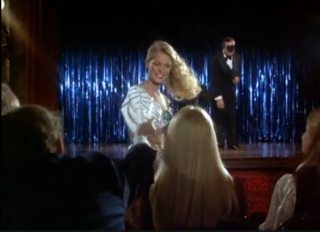 Charlie's face was never seen in the TV series.

He was voiced by John Forsythe (He was millionaire oil magnate Blake Carrington on the prime-time serial "Dynasty") but his name never appeared in the credits with creator Aaron Spelling telling him he wanted to maintain the mystery of the Charlie character.

"Well, it proved as big a secret as Pearl Harbor,"

he (Forsyth) told the Associated Press in a 1977 interview. 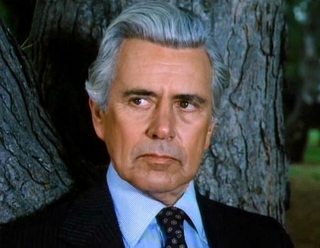 There was another episode where Kelly was in the hospital fighting for her life and they showed Charlie dressed in scrubs and a surgical mask looking at her through the glass window of her hospital room before walking away.

Not the answer you're looking for? Browse other questions tagged character charlies-angels .

61
In Fight Club is Marla Singer a second figment of Jack's imagination?
3
Was there supposed to be any implication Maynard G. Krebs used drugs?
16
When did Raj start talking around women without alcohol?
1
Were Landa and Hellstrom lovers?
2
Exact scene where we can see Sophie in Whiplash
6
Why director of 2017 “It” decided to oversexualise Beverly?
3
Jokers pencil trick? He knew someone would get up to allow it to happen?
10
Who's the ginger Eddie being referenced in the Bronn scene?
5
Missing Wade's gang member in the end scene of “3:10 to Yuma”