Do stunt doubles go to movies where the actor lookalikes go? [closed]

Since stunt doubles look somewhat similar to the actors they're replacing for the dangerous stunts, does this mean they tend to gravitate to films where they know their lookalikes are going, since that's what they're best at?

In Hollywood, stunt-doubles rarely work like that. Actors and actresses don't tend to have the same stunt double for the rest of their life.

This is because there is a more cost-efficient solution to this - makeup! Look up behind-the-scenes footage of any action movie, and you'll see what I mean. In their own time, doubles don't look anything like the actor, but with a tonne of make-up and hair-styling, filmmakers can essentially merge their faces on screen, although not with perfection. That's why their faces are barely shown on-screen, if at all. Take for instance T2: Judgement Day. If you pause the movie at certain parts, you'll notice obvious stunt doubles that aren't perfections, but you missed because the director cleverly made you focus on something other than his face. 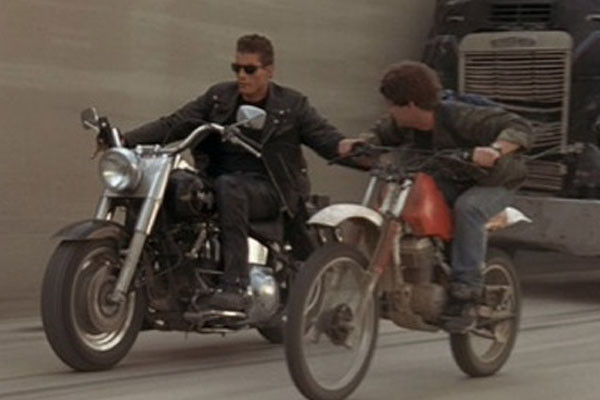 And this saves a lot of money, because this would mean you don't have to depend on the same stunt-double, who is likely to demand a salary raise.

Not the answer you're looking for? Browse other questions tagged stunts acting .

11
Rooftop contraption used to simulate realistic driving scenes
9
How are water scenes (with flooding) achieved without injuring actors?
10
What traits do theater actors have?
3
Do actors performing stunts have to take substance test?
9
Why does a character talk to the back of another character?
8
Does Lisa Kudrow break character a lot during scenes in Friends?
2
Did the car stunt go wrong in “Silent Night Deadly Night 2”?
4
Were the upside-down airplane passengers played by extras or by stunt people?