Movie about a daydreamer child who loses her father [closed]

It saw only the beginning of this movie when I was a child. That means the production date cannot be after 1995. It is possibly a 70s/80s movie and colored. I saw the movie in Turkey but it is not a turkish movie, might be European or American.

The movie is about a girl who lives in a rural environment and is daydreaming a lot (absorbed in a fantasy world). Her father tells her fascinating stories about himself being a bank robber/criminal. One day the father dies in an accident, might be a car accident. She learns on that day that her father was not a bank robber, but a pediatrician (children doctor), or maybe a psychiatrist, in the city. She begins to face the reality first time in her life.

I haven't seen the rest of the film, because my mother didn't let me as it was late. I would be very gladful if someone has a clue.

Thanks to @LeonFreire the answer is found. There were some differences between the plot of the answer and my memory:

I am currently doing some digging and will take a shot at this one. Tell me if I'm right! :)

El Sur (The South) is the story of Estrella (Iciar Bollain), a little girl from Southern Spain who has been uprooted to the North. Estrella maintains a sentimentalized attachment to the region of her birth, an attachment manifested in her love for her father (Omero Antonutti). The girl's rose-colored memories are shattered when she learns that her beloved dad once carried on affair with a Southern woman-and that the flames of passion still smolder within him. This Spanish/Argentinian coproduction was filmed on location in Madrid, Navarre, Vittoria, and Zamora. ~ Hal Erickson, Rovi

Here is why I think this could be the one (take into consideration I'm digging after your information, and still haven't seen this one).

I've seen the trailer now, and I'm more convinced this guess is correct: 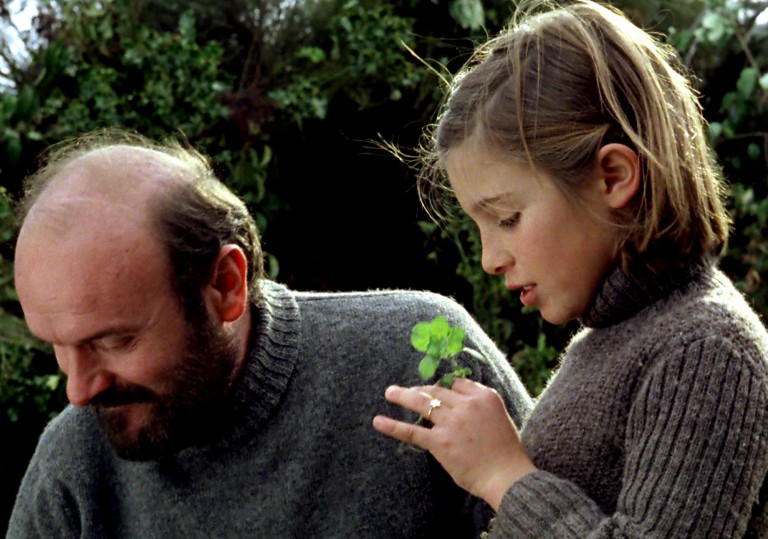