How does Claire Underwood commit this crime?

In Netflix's House of Cards (Season 5, Episode 12), there is a scene in which Claire Underwood commits a crime...

She kills Tom Yates, her boyfriend, who dies while the two have sex by the fireside

But it's not immediately obvious how she does it. The question itself is a spoiler:

How does she kill him?

It is only shown very briefly, but she actually uses the gelsemium she got from Jane Davis, which she put into his drink. When she leaves the house, there's a short glimpse of the bottle: 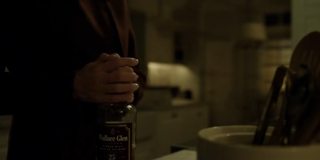 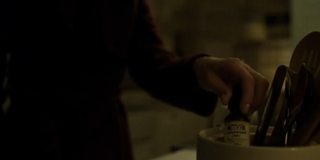 As said, she got this from Jane (who imports it from China) for her migraines earlier in that episode:

Claire: I just have a splitting headache.
Jane: Gelsemium. For migraines. I get them all the time. It comes out of China. But don't worry, it's herbal. You have to be careful of the dosing, though. Just two drops.

And in fact Jane herself alludes to how dangerous it can actually be in the wrong doses later in S05E13:

Pardoning or not pardoning your husband, in either case, he's a liability. If it's not treated properly your husband's liver could fail him at any time. It's not the kind of thing I could do. But I could find someone, or I...I don't know if you realize, but even something like gelsemium can be lethal in higher doses.

Not the answer you're looking for? Browse other questions tagged plot-explanation house-of-cards .

19
What is the symbolism behind the young people making out in the cemetery?
19
How much is Claire Underwood aware of her husband's more serious deeds?
3
How did John Pasternak know of Claire's fondness for tulips?
5
Wouldn’t Underwood’s plan for Sharp in season 3 of House of Cards be obvious?
3
Why would Claire Underwood leave Frank?
5
Why is Claire Underwood is in so much personal power thirst without helping Frank to get power?
6
Why does Claire Underwood regret crying at the funeral?
1
How realistic is it for a democratic decision to be concluded by listening to aye and nay?