I've seen part of a movie on a local cable network in the 90's. Movie was cut in the middle due to technical issues and I never was able to see it through the end or find it.

Originally this B-grade Sci-fi movie was in English. By the looks of it I assume it was made somewhere in 1970-1995. I've seen it around 1995-1997. Can anyone help me with that? I've already checked all A-grade movies of the century and it's apparently not there.

What I remember is the following: Scientists(?) were making experiments with an alien(?) animal by connecting it to a human via cable. These scientists were also discussing capabilities of long tail of this animal - if it's just spine or it has muscles, and one of them was touching this tail.

Human connected to this animal then was seeing some hallucinations - something with exploding barrels or something like that, at some storage facility. Then this animal started attacking humans.

Update: Regarding hallucinations: They were showing objects and were asking test subject to identify these when subject was able to see these. In one case it was baseball ball, which might suggest it was an US movie.

This animal/alien was looking like that, human to scale. Maybe a little less than that: 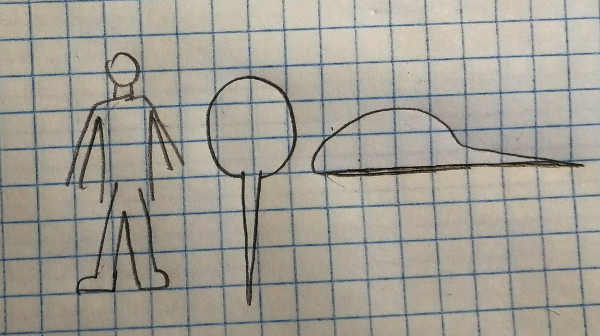 If this is not the right answer, I'll delete.

The Earth is invaded by stingray-shaped alien "slugs" that ride on people's backs and control their minds.

The alien's "tail" can eject a long probe [that attaches like a 'cable'] to the base of the host's neck and extends into the brain. There were researchers, but I could not find the hallucinations, exploding barrels, or baseball bat references.

Here's the full movie that you can skip through to see if may recall any scenes. The part about the tail that I mentioned above can be seen at 32:10: