Is Pennywise the clown imaginary?

Is Pennywise the clown imaginary? The reason, I ask is in the movie a young boy named Georgie hits his head before his paper boat goes down into the sewers and I'm thinking it was a concussion that caused him to see the clown. Also, it's just a select few kids that can see him.

Pennywise the Clown is not imaginary

Pennywise the Clown is just a decoy/false appearance for its true form, which is known as the "deadlights", a shapeshifting creature, and it takes the form of a clown to stalk children in Derry. In that sense, you could say he is imaginary, however he is not imaginary in the sense that he is just a figment of the children's imagination. 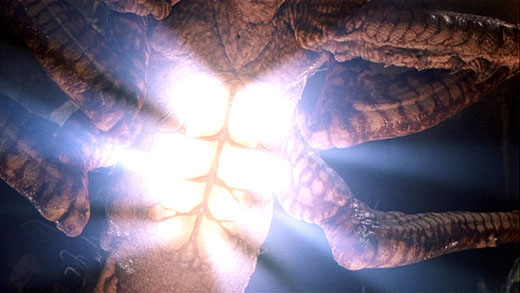 He really exists (in universe), because he is responsible for a series of child murders that go unsolved, like clockwork, every three decades, over the course of a couple of years.

George Denbrough: In the opening of the book and film, George is murdered after It (appearing as Pennywise) tears his arm off and leaves him to bleed to death. He was killed in October, 1957. His death leads to the chain of events of that summer.

Betty Ripsom: A female classmate of the Losers and Henry's gang. She was killed by It in the form of Pennywise. Her parents heard her voice in the sink. She was killed on December 26th, the day after Christmas.

Edward "Eddie" Corcoran: Whilst sitting on a bench to cool down, It (in the form of Dorsey's re-animated corpse) grabs Eddie on the ankle and chases after him. Afterwards, It changes into the Gill-man (Creature From the Black Lagoon) and tears his head from his body. He was killed on June 19th.

Veronica Grogan: Beverly Marsh reveals to the Losers that a friend of hers, Veronica Grogan, was killed by Pennywise in late June.

Patrick Hockstetter: After Henry threatens to tell Patrick's secret about trapping small vulnerable animals in a refrigerator and leaving them to die by suffocation, Patrick leaves to dispose of the corpses but is attacked by It in the form of several winged leeches which makes large holes in his body. He falls unconscious due to blood loss and shock. When he awoke, It had started eating him. He was killed in late July.

Butch Bowers: After Henry receives a switchblade from Pennywise in the mail, he goes inside his home and murders his dad by pressing the knife to his neck and then releasing the spring-loaded blade into his neck. Although Butch's death is not a death committed by It, It telepathically dispatched Henry to carry out the killing. His son was later arrested for Butch's demise. Butch was killed in mid-August.

Vic Criss and Belch Huggins: While searching for the Losers in the sewers with Henry Bowers, Victor and Belch are both killed by It in the form of Frankenstein's Monster. In this form, It decapitates Victor. After killing Vic, It pursues Henry but Belch defends him. Despite Henry leaving fleeing and Belch's strength, It easily overpowers him and mutilates his face. Both were killed in mid-August, making them the final victims of the summer.

Adrian Mellon: The first victim of It in 1984. A gay man was assaulted by three homophobic youths, John "Webby" Garton", Steven Bishoff Dubay and Chris Unwin. Adrian was thrown over a bridge and killed by Pennywise while Chris and Adrian's boyfriend, Don Hagarty watched in horror. He was killed in July 1984.

Stan Uris: Even though his death was not directly caused by It, Stan uses his own blood to write "IT" on the bathroom wall. He died on May 28th.

Laurie Anne Winterberger: (The little girl on the tricycle.) She's the first person that we know is a victim in the movie. It starts the chain of movie events, which leads Mike to call the rest of the Lucky Seven due to the pact they made as children. In the novel, she is a victim of It, although her death did not start the chain of events of the novel in its present time (1984-1985). She was attacked between 7 and 14 of February 1985, seven months after the death of Adrian Mellon.

John Koontz: When helping Henry escape from Juniper Hill, Koontz intervenes but is killed when It turns into his worst fear a Doberman Pinscher and mauls him to death while Henry watches in horrified fascination.

Henry Bowers: When he finds the hotel the Losers are staying at he finds Eddie's room and engages in a fight between himself and Eddie. Eddie (and Ben in the film) kills Henry in self-defense. Henry was killed in June of 1985.

Tom Rogan: When he arrives in Derry to kill Beverly, Pennywise hypnotizes him. It convinces Tom to capture Audra Phillips and bring her to It's lair beneath the city. Upon seeing It's true form, Tom drops dead in shock. He was killed in June 1985.

Edward "Eddie" Kaspbrak: The last tragic victim of It. During the final fight between It and the Losers, Eddie uses his inhaler (which he imagines as battery acid) on It, managing to severely injure It and free Bill and Richie from "It's Void" (Deadlights). However, It manages to tear his arm off in that moment leaving Eddie to die of shock and blood loss (the same manner in which Georgie was killed).

Not the answer you're looking for? Browse other questions tagged character it .