How was helicopter scene filmed in Escape to Witch Mountain (1975)?

In Escape to Witch Mountain (1975), around 1h 19m, there is scene with helicopter (Hughes MD500) in inverted flight which lands upside down and keep spinning. While flight itself is visibly "fake" after landing it looks too real for 40 year old movie, especially with humans running around heli. 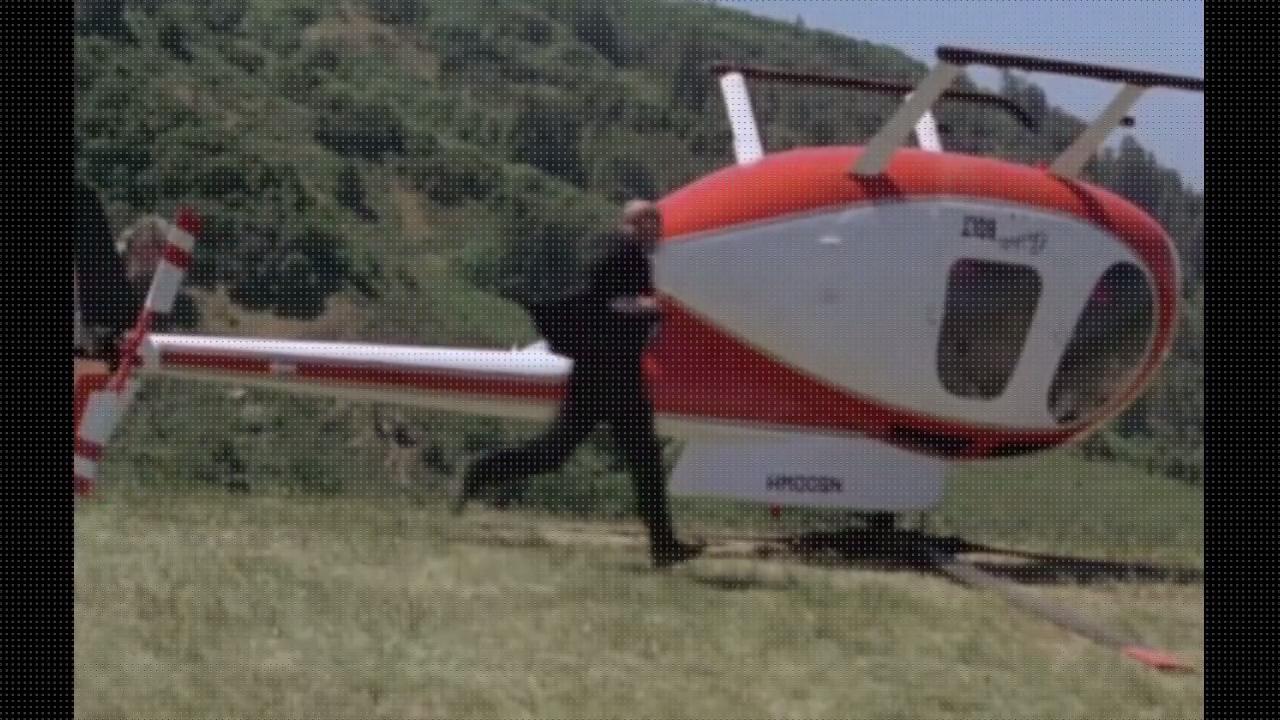 Aviation.SE answers can be summarized shortly as: Helicopter rotating upside down will break rather fast and "physics" of scene are not mach with real machine. This lead to common opinion that scene was filmed using some prop/model.

The detail is too good for me to think model immediately, although it's a distinct possibility.

My guess is they anchored the rotor deep into the ground (notice how it doesn't move at all during the rotation?) using a helicopter shell and a motor inside designed to spin the helicopter.

I think it is a toy helicopter, and is shot in a way that it looks like real big one. It is just a wild guess, not confident.