Why were these people cheering the arrival of the Juggernaut?

In Alien: Covenant (2017) we see a flashback of David arriving at the Engineer's homeworld. 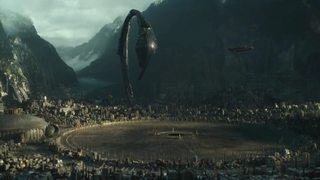 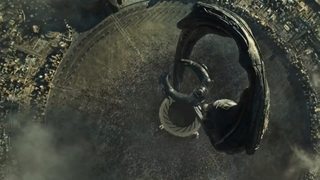 This seems to be a special event for the people living in this particular city, as thousands of them gather to look at the ship, cheering its arrival. 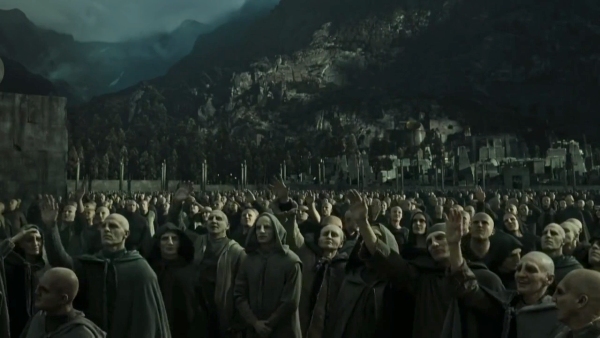 In the previous movie Prometheus (2012) we learned that the Engineers are a technologically advanced race who has been capable of interstellar travel for thousands of years. So why was the return of a ship such a big deal?

One theory I have heard is that these people aren't actually Engineers, but merely another race that was created by the Engineers. And they cheer because they believe their gods have returned. This would also explain their more "primitve" look.

There's no explanation given in the film. That said, when astronauts from earth arrive home there is often fan fare of the same sort. Especially in the early days of the space program, you would see astronauts coming home and a big production being made.

Not the answer you're looking for? Browse other questions tagged plot-explanation prometheus alien-covenant .

17
Why were only these people punished in "Oathbreaker", and why in this manner?
1
Why people were dancing at the subway?
15
Why don't the colonists wear spacesuits in Alien: Covenant?
9
Why did David drop the vases?
2
Who are all these people killed at the end of Casino?
3
Why are these people in Winterfell for so long?
3
Why doesn't Laureline use her suit's "Juggernaut power"?
5
Why didn't they change the future in Arrival?
3
Understanding timelines of these people in the Yesterday movie