What was the prior relationship between Q and Guinan?

In the episode Q Who, Guinan and Q encounter each other for the first time in the series, and it is obvious they already know each other.

Q warns Picard to get rid of Guinan:

"Picard if you have half the sense you pretend to have you would get her off your ship immediately. And If you like I'd be more than pleased to expedite her departure."

At which point Q raises his hand as if he is about to use one of his powers on her. In response Guinan adopts this pose: 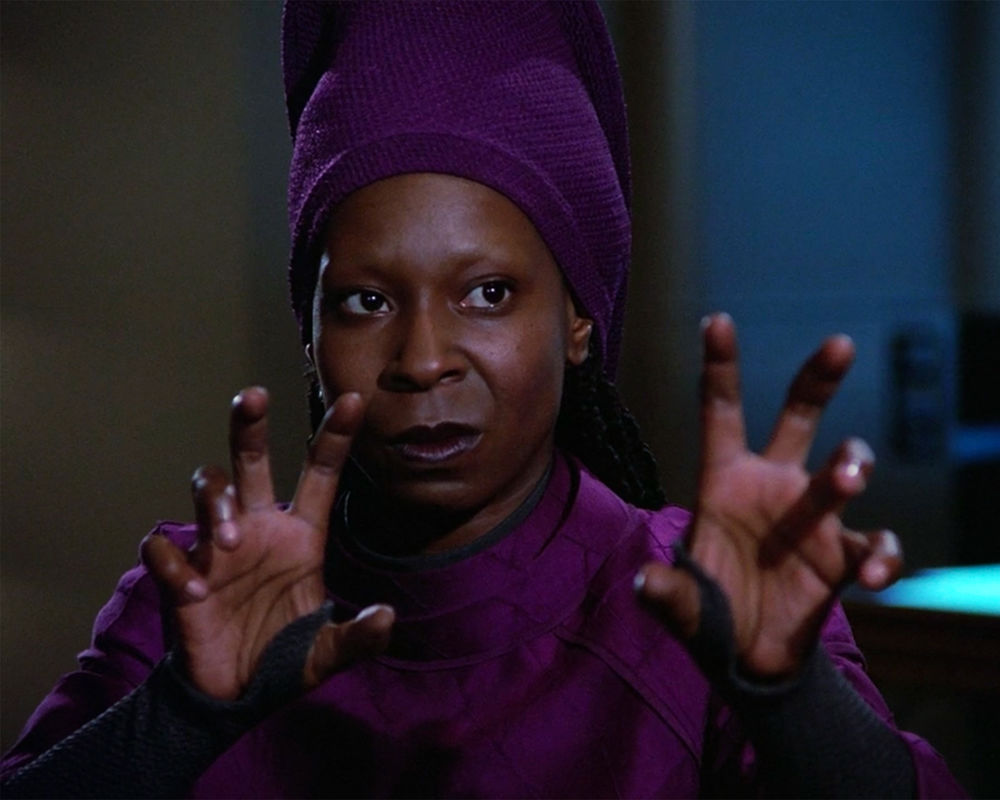 "This creature is not what she appears to be. She is an imp, and where she goes trouble always follows."

This exchange between them raises various questions.

I am looking for any explanation, in or out-of-universe. I am guessing that originally they were intending for Guinan to have a certain back-story that was later abandoned by the producers - but this is just a guess.

There is no published in or out of universe explanation about Guinan/her people and Q/the Q. It was never expanded on in the show, movies, in canon or non-canon books or video games, or any of the released production notes or interviews.

Given how extensive the information we have about TNG and star trek in general, compared to other shows, that's very telling. Production must not want it to be known.

It was a plot point that was abandoned and never brought up again in any shape or form. It almost makes it a discontinuity.

Not the answer you're looking for? Browse other questions tagged star-trek star-trek-the-next-generation .

22
What happens to Wesley Crusher when he leaves with the Traveler?
17
Physiological changes in Klingons between Star Trek TOS and Star Trek TNG
13
Why was Beverly Crusher not on the second season of Star Trek: TNG?
9
Why was Michael Dorn in Star Trek DS9 and not someone else from TNG?
1
Why do the Klingons jump between Klingon and English?
14
Did Picard get in trouble when he was in command of the Stargazer and lost his ship?
3
Why did Gul Madred decide to torture Jean-Luc even when he was telling the truth?
6
Is there something special going on with "I've" in regard of Data's inability to use contractions?