What specifically happened when Holden was killed in Blade Runner?

So in the scene where Leon shoots Holden, at the beginning of the movie, a stream of quick-edit chaos happens.

At first you see Leon shoot Holden under the table. The next shot shows "oil" leaking from the bullet hole of some canister, which is followed by a CLEARLY ALIVE Holden turning around rapidly and rolling away, as though he was smacked in the face with a cricket bat. The next shot shows Leon aiming at Holden, his arm now above the table somehow, within split second. He shoots Holden again, and you can see Holden flying across the room, clearly being pulled away by cables (you can see him speed up as he approaches a wall). And to top it all off, Holden crashes and breaks through the wall, as though he was shot into it from a canon.

Now, Blade Runner being a masterpiece, this scene felt like an utter mess, and didn't fit at all into the rest of the movie. So back to my original question, what happens here? Like the actions in detail. Trust me, that I have rewatched this scene, frame by frame, multiple times, and it just bugs me every time.

If anyone has any idea about what is happening in the movie version of this scene, then let me know.

Leon shoots Holden from under the table but through the table 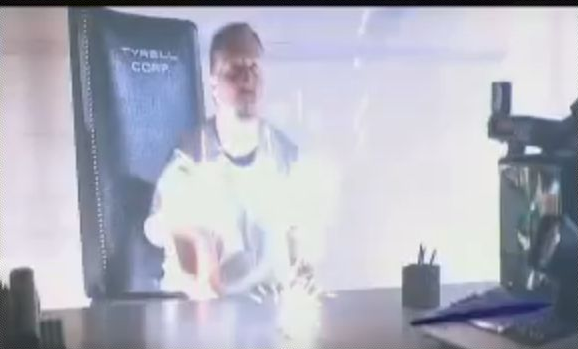 The blast penetrates through a vacuum flask containing either coffee or tea (not oil) before hitting Holden. 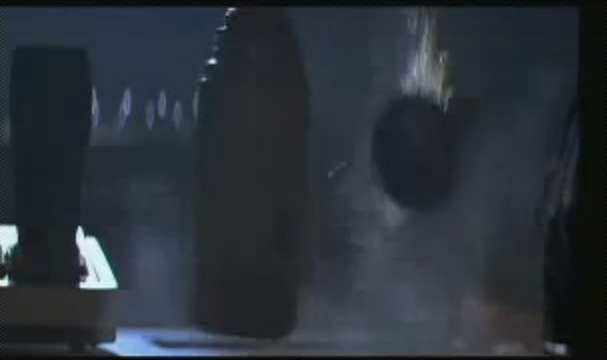 Holden is spun around in his chair and through the wall by the blast, presumably Leon stands during this action. 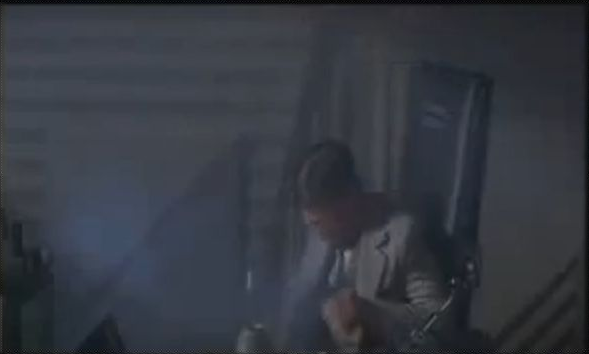 Leon then finishes the job by shooting Holden again....once again the blast impels the chair with considerable force. The wall breaks with the sound of breaking glass rather than a solid wall. Perhaps for effect. 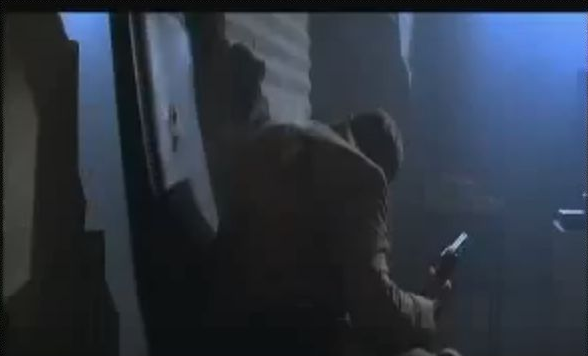 Certainly it appears that Holden was at least alive after the first shot as he seems to have been able to draw his own weapon which is why Leon finishes him off.

I won't comment on the quality of the effects or stuntwork (that's a subjectve thing) but clearly it's not a laser as indicated in the original script but what gets put on the script page is often not translated (for various reasons) to the screen.

As for Leon's actual gun, it seems that...

Assistant Art Director Stephen Dane produced several preliminary sketches during pre-production of a gun that Deckard (Harrison Ford) was to use throughout the movie. The drawings all appear to depict a COP .357 or a derivation of it. In the end, probably at the direction of Ridley Scott, the COP was dropped as the gun to be used by Rick Deckard. Instead, the COP, in completely unaltered form, was employed as the weapon Leon uses to maim the Blade Runner Holden in the famous opening scene of the film