How was so much wildfire made and then transported underneath the cathedral?

In the battle of Black Water, Tyrion used wildfire to destroy a large number of Stannis' ships, but all that wildfire took a very very long time to make.

So how was Cersei able to make so much in such a short period of time? I know she herself couldn't have made it, and that she must have had someone else make it, but the question still stands.

And how was she able to get it snuck in beneath the cathedral where the High Sparrow was awaiting the trial?

It seems like the writers and director got lazy and it feels like a huge departure from Martin's writing as the explosion scene seemed last minute planned and unoriginal. 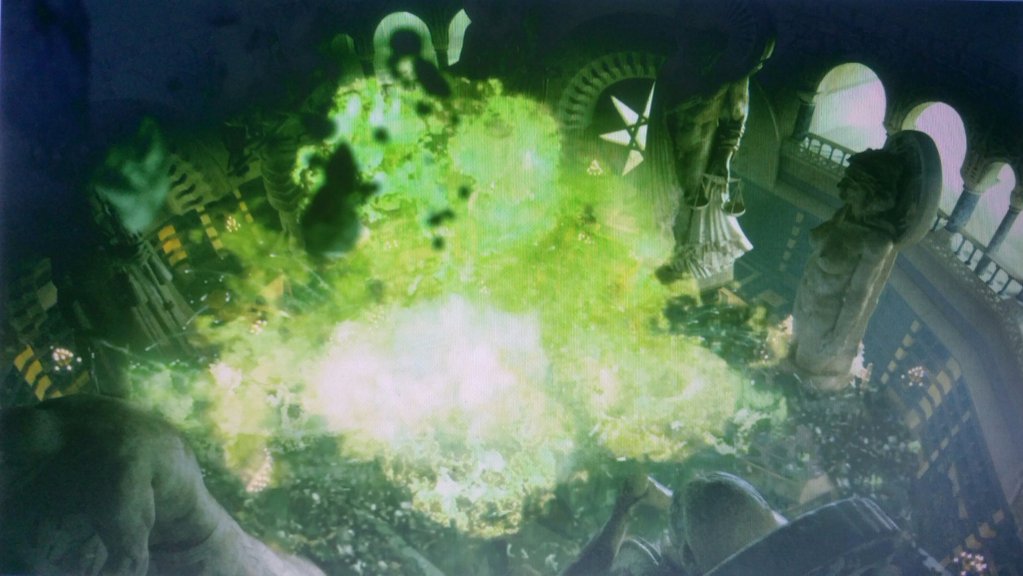 Cersei didn't make the Wildfire, she used the existing stock left by The Mad King.

In Game of Thrones S03E05 aka Kissed by Fire:

Jaime Lannister: There it is. There's the look. I've seen it for 17 years on face after face. You all despise me. Kingslayer. Oathbreaker. A man without honor. You've heard of wildfire?

Brienne of Tarth: Of course.

Jaime Lannister: The Mad King was obsessed with it. He loved to watch people burn, the way their skin blackened and blistered and melted off their bones. He burned lords he didn't like. He burned Hands who disobeyed him. He burned anyone who was against him. Before long, half the country was against him. Aerys saw traitors everywhere. So he had his pyromancer place caches of wildfire all over the city. Beneath the Sept of Baelor and the slums of Flea Bottom. Under houses, stables, taverns. Even beneath the Red Keep itself. Finally, the day of reckoning came. Robert Baratheon marched on the capital after his victory at the Trident. But my father arrived first with the whole Lannister army at his back, promising to defend the city against the rebels. I knew my father better than that. He's never been one to pick the losing side. I told the Mad King as much. I urged him to surrender peacefully. But the king didn't listen to me. He didn't listen to Varys who tried to warn him. But he did listen to Grand Maester Pycelle, that grey, sunken cunt. "You can trust the Lannisters," he said. "The Lannisters have always been true friends of the crown." So we opened the gates and my father sacked the city. Once again, I came to the king, begging him to surrender. He told me to bring him my father's head. Then he turned to his pyromancer. "Burn them all," he said. "Burn them in their homes. Burn them in their beds." Tell me, if your precious Renly commanded you to kill your own father and stand by while thousands of men, women, and children burned alive, would you have done it? Would you have kept your oath then? First, I killed the pyromancer. And then when the king turned to flee, I drove my sword into his back. "Burn them all," he kept saying. "Burn them all." I don't think he expected to die. He- he meant to... burn with the rest of us and rise again, reborn as a dragon to turn his enemies to ash. I slit his throat to make sure that didn't happen. That's where Ned Stark found me. - IMDb

From my own answer on the related question:

Cersei: And? Was it just a rumor or something more?

And that rumor was about Widfire only and they don't really need to move widlfire much as it was beneath Great Sept of Baelor only where the trial happened.

Tyrion also didn't made it but used the small portion he found.

13
What rumors were Cersei and Qyburn talking about in "No One"?
9
Why did nobody know about the wildfire?

9
How did Angier perform The Real Transported Man?
6
What's the point of the overly complex abduction?
8
By whom, how and where was the video in The Ring made?
4
Character foreknowledge in the climax of Paul Verhoeven's Elle
20
How much of the Lannister army is left as of S07E04?
12
What are Cersei's intentions throughout this interaction?
21
Why was wildfire not used during the Battle of Winterfell?